On a previous blog, I talked about how the young generation expresses its voice through art and particularly, films. Even though the Internet has made access to education tools much more easier, schools and universities are still the place to go to get an education, practical training and to exchange with other students, professors, and professionals.

For those who want to study filmmaking, animation or film production and can afford an education, I compiled a list of animation and film schools (in the US and worldwide) to follow on Twitter. This list will give you the big names you can look at if you want to go to film school, learn more about the program or connect with other students. 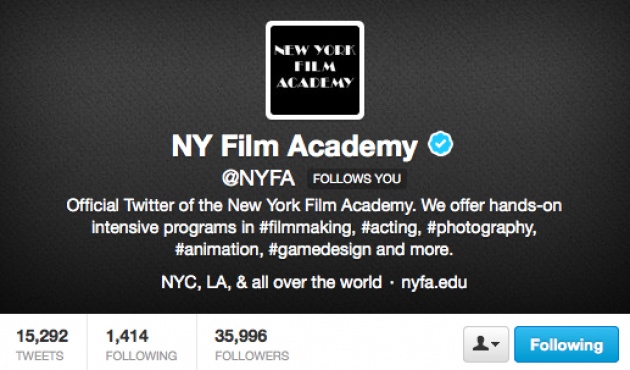 If you are a film/animation school or film program, you can have your profile on Film Annex with your students' work like Staffordshire University and Vancouver Film School.