10 Food Facts That Will Fill Your Appitite

Considering everybody has a fond relationship with foods aly bnd most people love there taste heres a few tastful facts about food:

1.The oldest evevidence for soup was dated to 6,000 B.C. and contained sparrow and hippopotamus meat.

2. Central Appalachia's tooth decay problem is commonly refferd to as Mountain Dew Mouth probabaly due to the popularty of it in the region.

3. the most expensive pizza costed around £7000 and took over 3 days to make.

5. if improperly prepared, fugi or puffer fish can kill you as it contains a toxin 1,200 times deadlier that cyanide.

6. To make jelly beans shiny, Shellac is used which is made from Kerria Lacca insect excretions.

7.Ketchup was used as a medicine in 1800s to treat diarrhea amoung other things.

8. The twists are meant to look like arms crossed in prayer.

9.The most popular vegatable carrots used to be purple.

Thanks For Reading And As Allways Buzz And Subscribe For More. 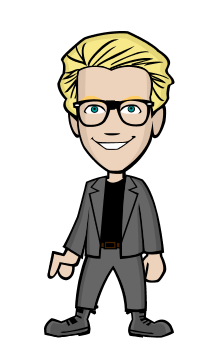 I'm a small time bloger and youtuber who uses the art of humiliation to make my audience laugh.