Billy Owen, a cancer survivor that lost an eye. Curently works at Goretorium. Henry Rodriguez, Some guy with lots of spare time and lack of personallity. He dicided to go under surgery to look like red skull. Pig, a dog with no backbone. Carlos Rodriguez, he suffered an accident and had a "few" bones removed. Miraculously, he's got a normal life (It's unclear if his mental capacity is the same as BEFORE the accident) Xiaolian, Suffered an accident where his nose was seriously compromised. The Doctors took a piece of cartilage from his ribs and inserted it into his forehead; literally, growing a new nose for him. Believe it or not, this is a dog. Mandy Sellars and her gigantic legs. Largest digger in the world. Mikel Ruffinelli, the woman with largest hips on earth. A whale dead body, as it hits the beach. Someday in 2010 at Guatemala, the ground sank, leaving this tiny hole...
Want to move next door? Why you should use the handbrake when parking on a hill. 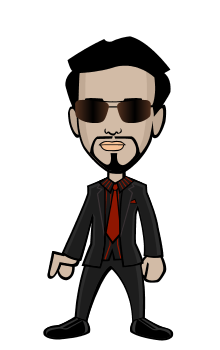 Analogies: Seeing things beyond the image.

What sunshine is to flowers, smiles is to humanity. These are but trifles, to be sure; but scattered…

Photography As A Trending Passion

What Is Passion? Passion is a natural gift given to us by someone. In simpler words Passion is given…

Fun game that places you as Darth Vader the Hairstylist

If you are bored or just looking to have a little fun doing something silly, here is a free online g…