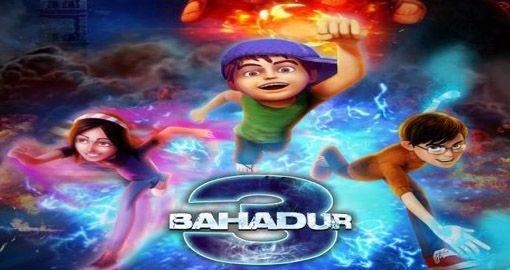 3 Bahadur is a pakistan's first computer-animated family adventure action superhero fantasy Film. This film is based on courage and super powers. The Film is based in a fictional town named Roshan Nagar which means town of light. 3 Bahadur is the story of three extraordinary children who go higher from the most unlikeliest of places and save their town from the evils plague it. Film is based on courage and super powers, 11 year old Amna, Saadi and Kami. Three extraordinary children who go higher from the unlikeliest of places to fight against the odds and stand up to injustice.They want restore peace and harmony in their community and live a very happy life. Sharmeen Obaid Chinoy says that  3 Bahadur is not just a movie but it is a movement. we are sending The message  through this movie is that like these Three kids we can face the challenges that come our way. You don not need to be a superhero you are also a superhero.

Detail of the movie is given below:

Now i am telling you about the trailer of this film. Through this Trailer you can easily understand the story of 3 Bahadur

Who is the producer of this movie? 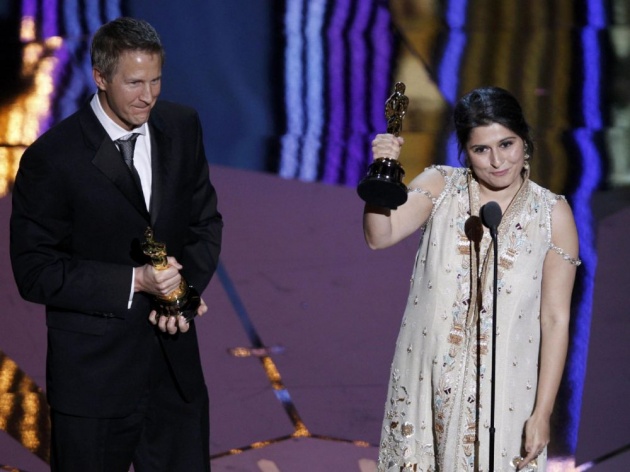 What kind of story is presenting in this Film? 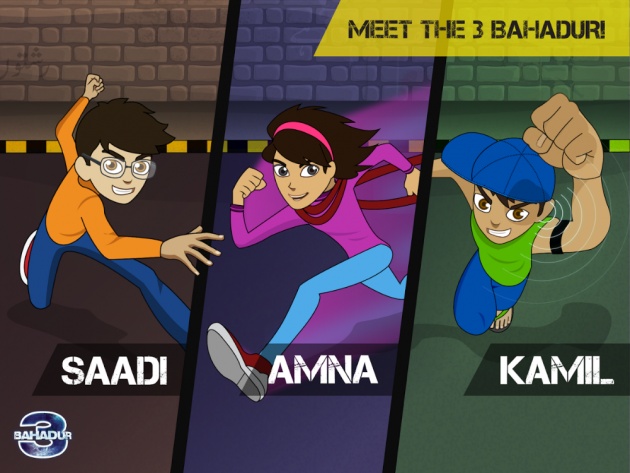 3 Bahadur story starts in a lively neighbourhood called and a festival is going on. A little while later, a little Girl is kidnapping by a thug named Mangu. A brave man is running after him. He is knocking the thug over and he rescues  the girl. Mangu is running away to a cave and he meets a hideous creature named Babou Balam. Babou Balam gives him evil powers. Babou Balam tells him to protect the key of evil. One night Mangu orders the people from the tower Clock that he is now their King. 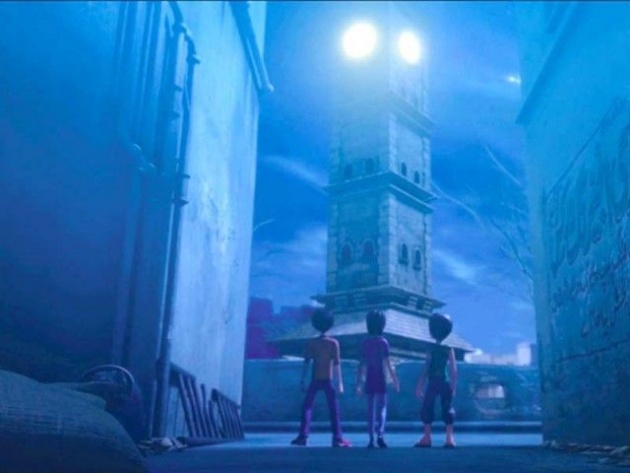 Three friends, Saadi, Amna and Kamil want to defeat the thugs even though Saadi's mother order him not to pay attention to it. Amna, Saadi and kami are granted powers by unknown creatures. Amna has super speed, Kami has super hearing and Saadi has intelligence and the ability to comprehend things cleverly. Three friends enter the tower again and defeat Mangu's  thugs. Mangus is attacking them himself. Three friends are shielded by the unknown creatures and are brought to an unknown place. There they get to know that their local security guard, Deenu Chacha is the Guardian of the key which preserves all good powers. Three friends are granted more powers. Kamil has the power to fly and jump up high. Amna has the power to create shields and Saadi has the power to create black holes.Mangu's tells Saadi about his father's death. Saadi feels sorrow. They use their powers to defeat Mangu. Three friends throw the eviel key into a powrful black hole. As the evil key is destroyed. Mangu's powers have finished. 3 Bahadur succeed in returning peace to their land Roshan Nagar. 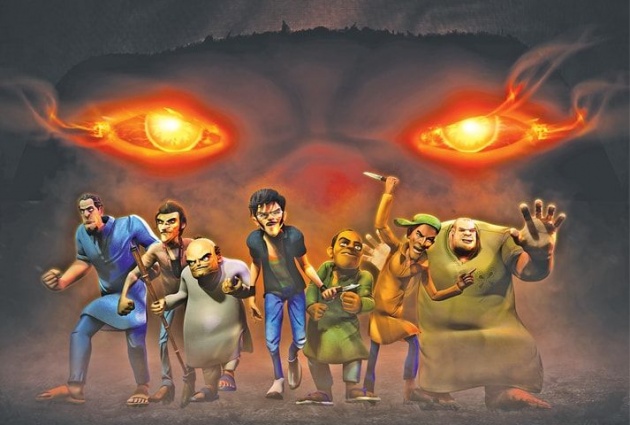 Fictional Characters of the Film: 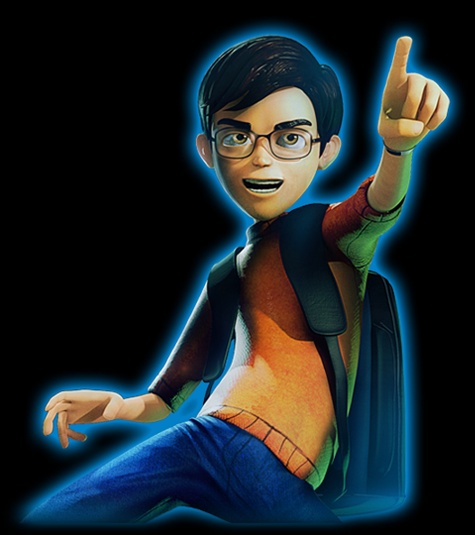 A quiet eleven -year-old, Saadi takes a keen interest in science and experiments.He spends most of his time with his books. Saadi is the most intelligent child. saadi comes to 3 Bahadur's to rescue his community. Saadi has intelligent and the ability to comprehent things cleverly 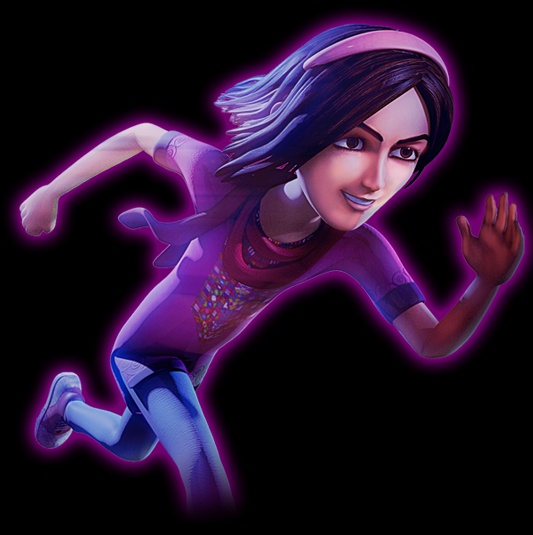 Amna is a very brave and cheerful eleven-year-old girl. She is very fond of sports and games. Amna is friendly every one in Andher Basti,  love her she is always two steps ahead of the Saadi and Kamil. She loves her father and she wants to protect her community from mangu and his thugs. Amna has super speed. 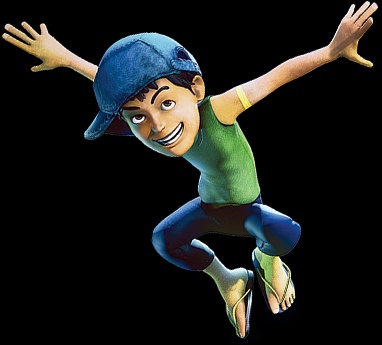 A loud and fun loving eleven-year-old kamil who loved food and desserts. He has the power to hear distant sound. He has good humor  and over- confidence. Kamil has super hearing. 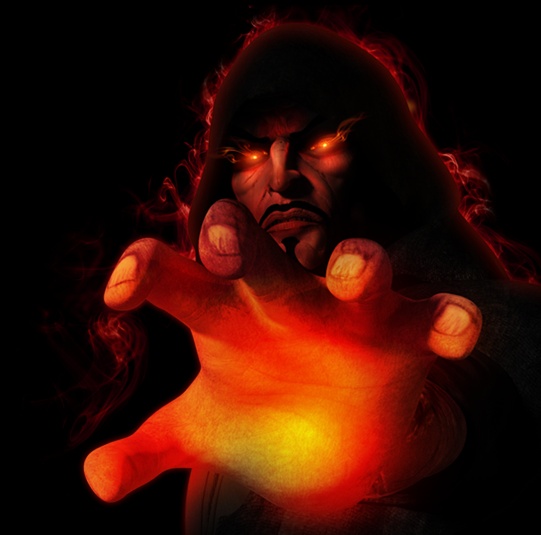 Mangu is the criminal of Andher Basti. He has the evil power and has the gang of thugs. 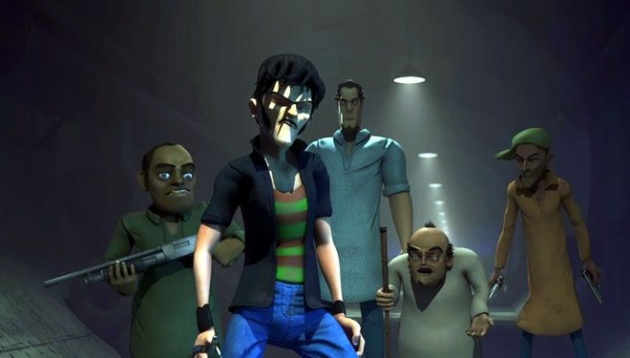 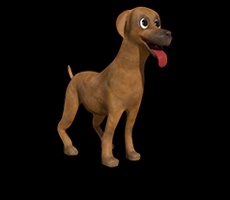 3 Bahadur's has faithful puppy, he is loyal and brave. He is especially attached to Kamil. He treats him with sweets and biscuits.

3 Bahadur's sound is designing  by Dan Golden and mixed by john Bowen. The original sound is composing  by John Angier with additional  vocals Jasqueline Angier. The film's soundtrack is composed, sung and produced by Shiraz Uppal. 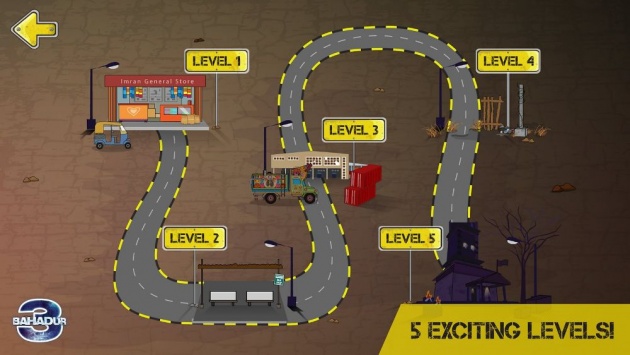 After the release of 3 Bahadur's the video Game is  launching at an event held in Mall Clifton. Sharmeen Obaid Chinoy Tells the detail of this  video game.

It is officially announced by director that 3 Bahadur will return with a sequel in 2016. Sharmeen Obaid Chinoy makes sure that Saadi, Kamil and Amna inspire bravery in every child across the county.