"5 Foolish Gimmicks That Got Over Huge In The WWE" 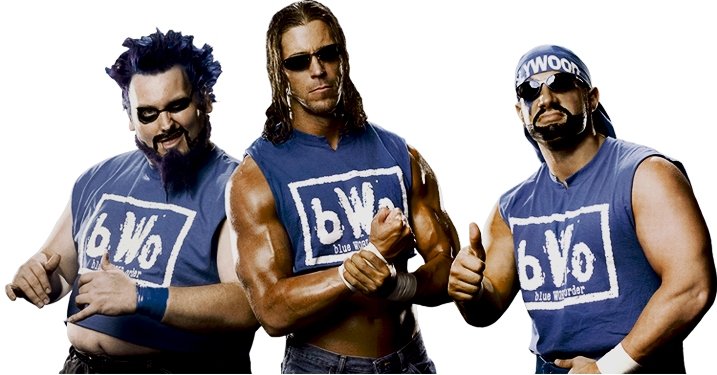 World Wrestling Entertainment (WWE) is a professional wrestling promotion which is all based upon gimmicks. These gimmicks have been played by the wonderful performers. But, there have been many stupid gimmicks which out of nowhere became successful in professional wrestling. It sounds funny to me because WWE Universe actually pays to see these gimmicks every week. Take an example of the stable, Blue World Order which was formed in ECW during 1996. This stable was an idiotic imitation of New World Order from WCW. BWO became popular in ECW during their debut and later in 2005, they were briefly introduced in WWE as well.

Another example is of Kane, who was introduced in 1997 as the half-brother of The Undertaker. This gimmick is stupid because it was revealed that The Undertaker during his childhood had set on fire his house which killed his family. But, Kane somehow managed to survive that incident. Unfortunately, Kane remained scarred, both mentally and physically because of this trauma. This caused him to put a mask on his face. Totally insane gimmick produced by the WWE which became so successful that Kane`s gimmick completed its 20 years in the company.

I can talk about such nonsense gimmick for days. But, for now, I would like to present "5 Foolish Gimmicks That Got Over Huge In The WWE".

Hurricane`s gimmick was based on a superhero character. Haha. It`s so ridiculous. But, somehow this gimmick got huge pop by the WWE Universe during his run in the company. His gimmick is a funny comical fictional character who became 2-time tag team champion. Also, he held WWE Hardcore Champion, WWE European Champion, WWE Cruiserweight Champion. He even got a great feud with The Rock and even managed to pin him before WrestleMania XIX. That`s some achievements in professional wrestling.

The Undertaker, the walking deadman or you can say walking zombie. If someone who doesn`t watch wrestling, accidentally saw his character will definitely say that this is so stupid. How come his character became so legendary? It`s still unbelievable. But, WWE Universe was surprised on his debut and loved his mannerism throughout his matches which initially made him a big star that he is right now. He holds longest WrestleMania streak in the history of WWE with 21-0. Well, it was ended by Brock Lesnar anyways. Apart from this, he is a 7 time WWE World Champion, 1 time WWE Hardcore Champion, 6 times WWE Tag Team Champion and 1-time WCW tag team champion as well. So basically he turned a funny gimmick into legendary winner gimmick.

Damien Mizdow is a gimmick who is a stunt double of The Miz. Yeah, that`s all, end of the story.  LOL. Well, actually its the man behind this gimmick, Damien Sandow who made it so funny and catchy. He used to copy all The Miz`s actions and habits which looked ridiculously funny. His delivery during these actions was perfect. And later when he feuded with The Miz, WWE Universe continuously supported and cheered for him. He is a one time WWE Tag Team Champion and a Money in the Bank contract winner. Unfortunately, he lost his MITB contract against John Cena.

Another stupid character which became a success was of Eugene`s. He was presented as a nephew of General Manager of Raw, Eric Bischoff. Nothing special about that? Well, Eugene was a mental disability character, which was beautifully performed by Nicholas Dinsmore. He received a huge pop from WWE Universe and instantly he started to appear in main storylines of Raw. He even won World Tag Team Champion with William Regal. Apart from this, he even pinned Kurt Angle to win his Olympic medal. So, yes his character was a success.