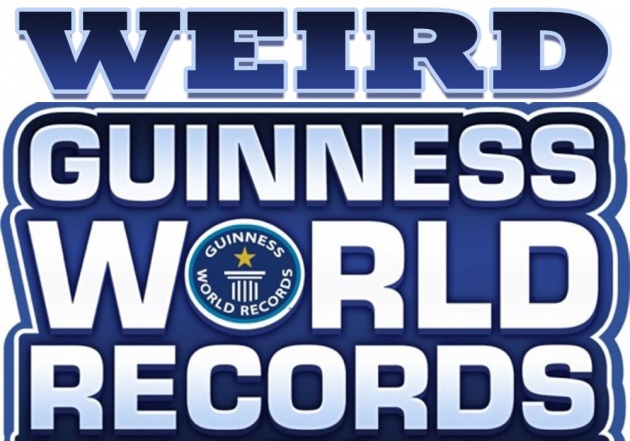 What is Guinness World Records?

Guinness World Records is known as The Guinness Book of Records or The Guinness Book of World Records in 1955 to 1998 which is considered as a reference book which is published annually. It lists world records, both human achievements and the extremes of this natural world. The book itself holds a the world record as the best-selling copyrighted book of all time. It is one of the most frequently stolen books from public libraries located in the United States. The 2016 edition is now in its 62nd year of publication. Now, the international franchise has extended beyond print to include it on television series and museums. The popularity of the franchise is the reason why it is now more known as Guinness World Records and becomes the primary international authority on the cataloguing and verification of huge numbers of world records; the organization employs official record representatives or agents authorized to verify the authenticity of the setting and breaking of previous records. You can visit their official website by clicking here and follow them on Facebook, Twitter, YouTube, Google+, Instagram and LinkedIn. 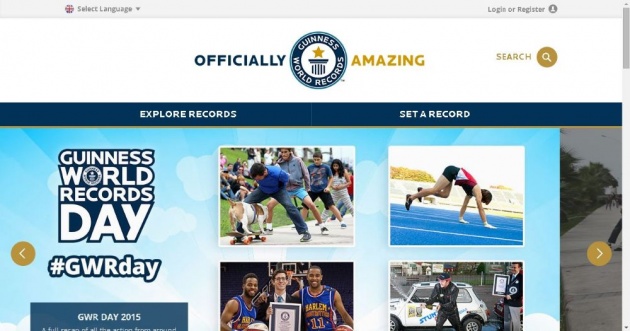 This is a screenshot of Guinness World Records' official website.

Out of all the list of Guinness World Records, I am more fond of the weird stuff. When I say weird, these are the world records that most people may probably say "Why in the world did they include it in the list?" or they may just say "WTF!" or "This is crazy!". These records may be funny, crazy, disgusting or just ridiculous. Well, on my point of view, these weird Guinness World Records makes my day great especially when I'm on a bad mood. Some of these world records make me laugh so much. Some helps me get relief from stress and sing to myself "What a weirdoful world!" in the tune of Louis Armstrong's "What A Wonderful World". Other weird records makes me tremble because of fear or disgusting stuff. Sometimes my parents and siblings see me smiling or laughing alone in front of the computer and jokingly tells me that I'm crazy but when they see what I'm laughing about they simply say "Oh, that's why!" while trying not to laugh. After that, they all get some chairs, sit beside me and chant "Let us watch too". So sit back, relax and prepare yourself to be amazed or laugh or you may even utter "What the hell did I just watch?" but instead of stopping, you'll find yourself glued on your computer screen, laptop, or any gadget you're using. What I'm trying to say is that watching weird world records is indeed addicting. You don't believe me? Okay, let's see! I have a lot of favorite weird Guinness World Records but I will only share 5 of them in this blog.

This is the one of the records that made me laugh and I just keep on asking why did they want to set to hold this record? The World's Fastest Toilet is the "Bog Standard", Edd China's motorcycle with a sidecar hidden under a bathroom set consisting of bathtub, sink, and laundry bin, which can travel to a speed of 68 kmh (42.25 mph) which was presented on the set of Lo Show Dei Record, in Milan, Italy, on 10 March 2011. The bike's control are hidden in the sink.

Colin Furze claims to have broken Edd China's record. His own version of World's Fastest toilet has a 140cc engine which makes the toilet go up to speeds of 55 miles per hour. You may be asking but yes, the toilet is usable. It features a button on the handlebars that flushes while you're on the move. As a bonus, there is a clip on the front to hold a magazine or a book you may want to read while you happen to be speeding down the road. Unfortunately, Guinness World Records has not yet officially recognize Colin's claim.

2. Most Piercings in a Single Count

This is a little bit disgusting and funny world record. Elaine Davidson holds this record for the most number of piercings in a single count. The total at the time of the record attempt count was 462 back in 2000. Breaking it down, she has 192 piercings on her facial area, 56 piercings on her body, 214 adorning her pubic area and 30 piercings on her tongue. This is so freaking crazy! 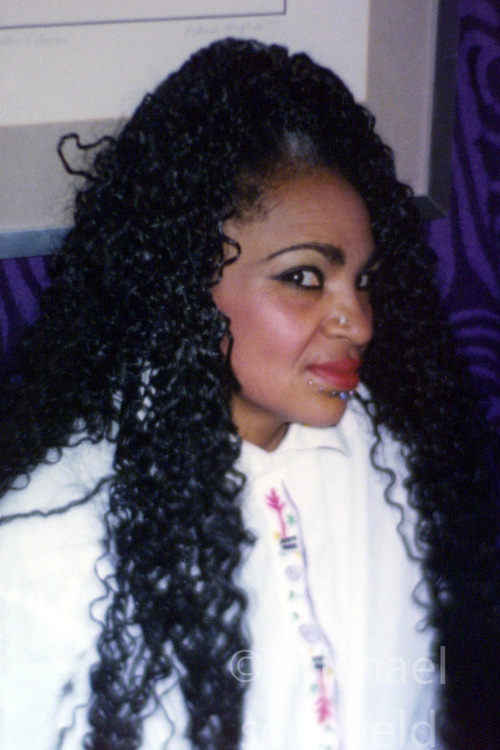 3. Fastest Time to Drink a Bottle of Ketchup

This is Benedikt Weber's picture drinking the bottle of ketchup.

In this video, Dinesh Upadhyaya drank a bottle of tomato ketchup in a what they call record breaking 30.85 SECONDS. For his record to be recognized, this 39-year-old guy had to drink the ketchup from a 500g bottle through a normal straw. Because of this, Dinesh from Mumbai, India, claims that he smashed the previous record held by German Benedikt Weber – who drank a 396g ketchup in 32.37seconds. Unfortunately, Guinness World Records have not yet officially announced that Dinesh is the new record holder.(video sources: youtube.com, credits to Caters Clips)

4. Most Knives Thrown Around a Human Target in One Minute

This is a scary one. You would have to be really brave to volunteer to be his human target. Dr. David Adamovich holds the record for the most knives thrown around a human target in one minute. He managed to throw 102 14 inches throwing knives around his partner, Tina Nagy in just one minute. He is not a stranger to breaking and setting world records because he holds more than 40 Guinness World Records. Adamovich's knives can be found on display in Canada and Russia.

Most knives thrown at a human target in 1 minute - GWR Video of the Week 27th July 2011(video sources: youtube.com, credits to Caters Clips)

This record is kinda crazy for me. I can't imagine myself in the record holder's everyday life!

The longest fingernails on a pair of female hands belonged to Lee Redmond (USA). She started to grow them in 1979 and carefully manicured them to reach a total length of 8.65 m (28 ft 4.5 in) as measured on the set of Lo show dei record in Madrid, Spain, on 23 February 2008. Unfortunately, Lee lost her nails in an automobile accident in early 2009. 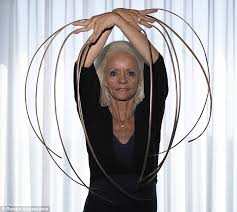 The Longest Fingernails in the World Today belongs to Christine Walton from Las Vegas, Nevada, USA. She has not cut her nails since 1990. Measured in 2013, Christine’s nails had grown to a combined 7.314 m (23 ft 11 in). She took the title from the much-loved record holder Lee Redmond, who lost her nails in a car crash in 2009. The good thing is, Redmond still holds the record for the Longest Fingernails Ever (female), as she had grown her nails to a combined 8.65 m (28 ft 4.5 in) long before losing them in the car crash.

This is a screenshot of my YouTube search about "weird guinness world records". Enjoy searching!