5 Reasons Why "The World's End" Is FANTASTIC 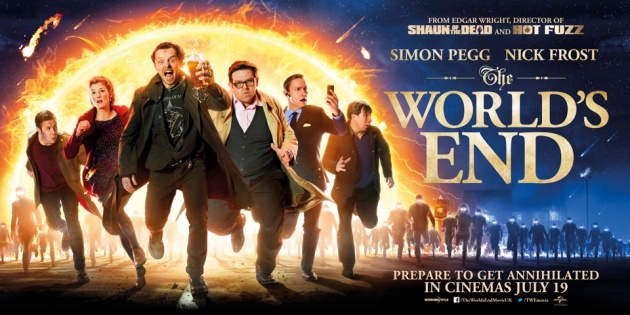 The final film in the Cornetto Trilogy came out this past summer in the form of "The World's End" starring Simon Pegg and Nick Frost and written by director Edgar Wright and Simon Pegg. The movies in the trilogy ("Shaun of the Dead" "Hot Fuzz" and "The World's End") are by no means sequels. They are written, directed, and starring most of the same people but the characters and events are completely unrelated. I can't say enough great things about this film and it is easily one of my favorite movies of all time. Here are 5 of the reasons why I love the "The World's End."

Transitions, dialogue, the blanks, the cast, tone (and tone shifts)

So if you haven't seen "The World's End" go see it right now. Sit down and watch it! It is well worth your time.

Happy Oktoberfest! The 2018 Oktoberfest is coming soon! The eventwill be held in Munich, Germany, fr…