Picture me this; a monster snake with a length of 50 feet weighing approximately 2,500 pounds. Sounds like something out of a sci-fi movie, right? Well say hello to the Titanoboa.

The Smithsonian channel actually aired an entire TV show for this massive reptile called, Titanoboa: Monster Snake. Thankfully this genus of snake is extinct and lived approximately 60 million years ago during a Paleocene epoch, following the extinction of dinosaurs.

The discovery of this species Titanoboa cerrejonensis occurred in 2009 when 28 remnants of these guys were found in the coal mines of Cerrejon in La Guajira, Colombia. 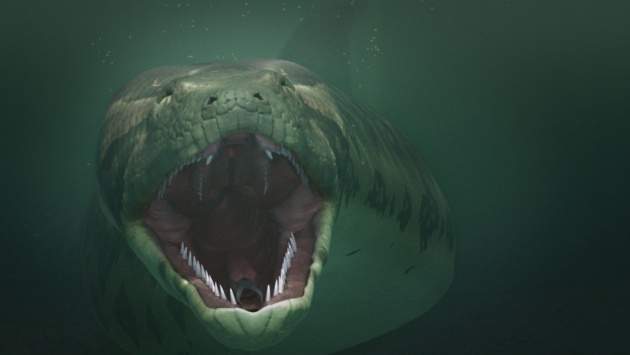 You can only picture the absolute joy experienced by scientists across the globe at this new discovery courtesy of an international team of scientists led by Jonathan Bloch and Carlos Jaramillo from the Smithsonian Tropical Research Institute in Panama.

These monsters that can eat you up with one gulp, lived in a period when temperatures had to have been warmer, around 90 degrees Fahrenheit, in order to survive given the fact that they were ectothermic reptiles. 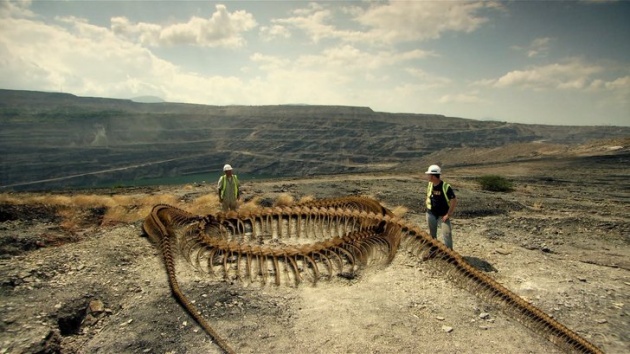 So, these weren't theers living during this time as the Earth's climate was warmer altogether. But for reptiles, this was blooded snakes grow much larger in warmer climates; so, the warmer the habitat, the large the snake.

For any tourists out there who came to New York City around April of 2012 and visited Grand Central Station, you actually witnessed this monstrosity's skeleton with your own two eyes, as it was displayed for the promotion of the Smithsonian's new TV show. 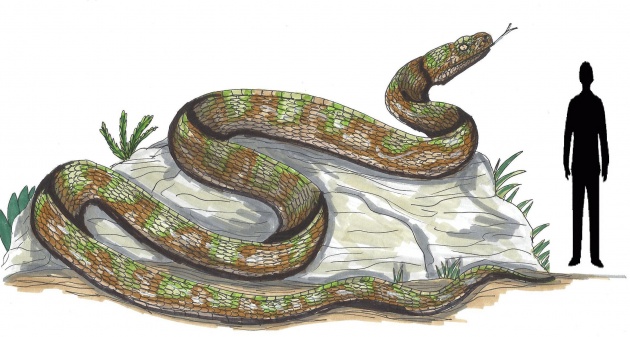 I'm just ecstatic that I wasn't alive when this monster was around because boy, I could only imagine what other monsters roamed the Earth during this era. We definitely had some 40-foot lizards, 30-foot dragonflies and 10-foot parrots dominating the earth.

I may be getting ahead of world of imagination but at this point, given this fairly current discovery, I don’t think we should limit our minds. Every creature roaming the planet was probably twice the size its ancestors are now. And I feel, humans have a lot to do with this decrease in size of animals and reptiles. 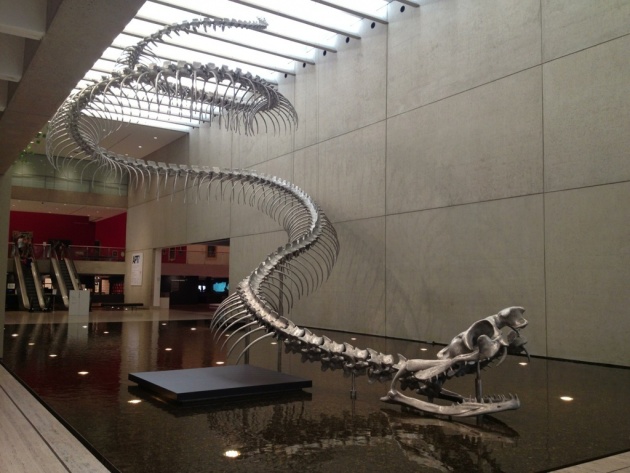