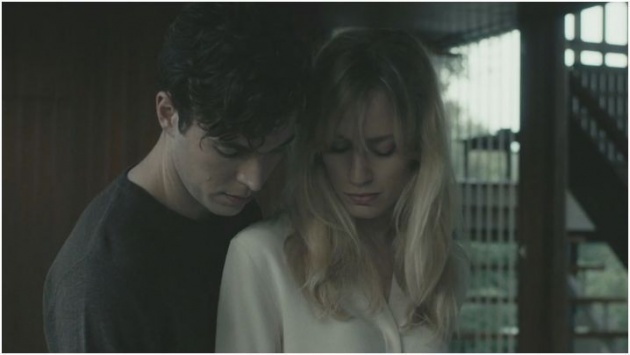 ‘The Incident’ is the feature debut of Jane Linfoot whose reputation as a director to watch has been established through four short films: ‘Creep’ (2005), ‘Youth’ (2007), ‘On Your Own’ (2010) and ‘Sea View’, a twenty-four minute short film nominated for a BAFTA in 2014. You can liken her steady rise to that of another Jane – Jane Campion.

‘Sea View’ explores the relationship between a teenage girl and an older man, which is also the starting point of ‘The Incident’. Stopping his car outside a pizza place somewhere in Huddersfield, Joe (Tom Hughes, currently basking in the attention given to the BBC TV series ‘Victoria’ in which he plays Prince Albert) attracts the attention of disaffected teen Lily (Tasha Connor), who throws her hair this way and that and salivates on Joe’s hand. If I were Joe, I’d clear off right there without picking up my pizza – that’s why you order in. Joe does something that Joe shouldn’t do, namely invite Lily in to perform an act which requires a cash-point withdrawal.

Joe returns home to find his beautiful wife, Annabel (Ruta Gedmintas) stripping to bra and panties and encouraging him to chase her about the garden, which is of course what all good British couples do if they live in a fantastic house with any number of well-upholstered furnishings. In a tastefully staged act of copulation that follows – no undergarments were removed in the arousal of these bodies – Joe pleads erectile dysfunction and goes back into the house. After all, he’s just had a shower and he has been thrown down on the grass by his successful career woman wife who has probably had too many glasses of red wine. Whatever happened to Netflix?

The problem with the (unnamed) district of Huddersfield where Joe and Annabel live is not that it only has one pizza place that serves ‘cold pizza’ (complains Annabel) but that you are very likely to run into the same people more than once. So, having thrown up, Annabel finds herself buying a pregnancy test and just when she visits a public loo to give it a whizz than she hears Lily in the next cubicle charging for sex. She then sees young Lily march away before (out of her line of sight) she is surrounding by three boys, one of whom takes her earnings. 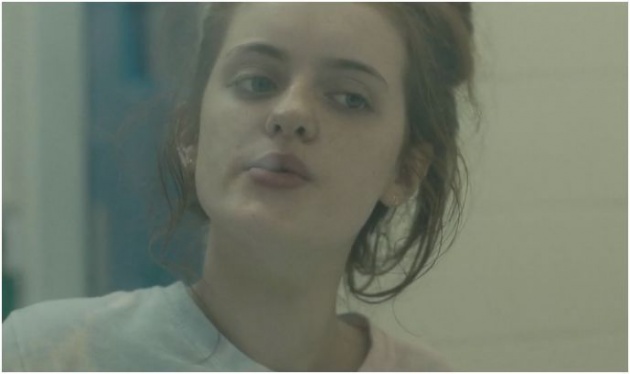 You might expect Lily to have a mum or dad to worry about her, but she’s moved in with her boyfriend, hasn’t she, who treats her badly. It is inferred that he doesn’t mind if she charges for sex as long as he gets his for free. So why doesn’t Lily run back to mum or dad? The only possible reason is that she has either been abused at home or done something unforgivable.

At any rate, Linfoot is not interested in Lily’s past. She is interested in her as a teenage girl with no future. Lily has a memory for a number plate (DEX IIE). When, after she causes trouble at the train station (begging for change and cigarettes having just started a fire in the ladies), she sees Annabel getting back into Joe’s car. Having got a lift from another driver and been eyeballed by Annabel at some unattended road works with, conspicuously, no traffic lights holding up vehicles moving in the other direction (asking for trouble, that) she gets out outside Joe and Annabel’s barely occupied home. The doorbell rings, but it is the delivery of drinks for a party. Lily swipes a bottle of Bolly for the crate and gets plastered – no sick, or nothing, even on an empty stomach. Then she gads about until nightfall and takes advantage on an open door to creep in.

As far as telling the story goes, that is as far as I am prepared to go. Linfoot ratchets up the tension as she teases out the moment when each becomes aware of the other. What happens next is that Joe understands he may be undone. There are conflicting feelings about restorative justice.

Just as in American cop thrillers when there is supposedly little difference between criminals and the police chasing them, so Annabel appears to be as caged as Lily feels she is. The difference is that while Lily is trapped by her lack of options, Annabel is entrapped by her pregnancy. At one point, she has a bath and sees water form over her belly button. We imagine her wondering ‘why doesn’t it go inside?’ Alternatively, this could be her version of wetting the baby’s head; I wasn’t sure. Although Annabel is successful in her line of work, she doesn’t have any friends to confide in (something that struck me as unrealistic). You could imagine why Lily doesn’t have female friends. Shame – shame for making the wrong choices, quitting school and hanging out with a loser. You heard me! In the opening shot of the film, Lily is seen through a pane of glass looking at her own reflection. The film is about reflection of a more unreliable kind. It isn’t just that Annabel is unlike Lily, more that a person’s potential isn’t just about the way they look. It isn’t about how they think about themselves, what their interests are and how they wish to spend their life.

Linfoot is expert at teasing suspense. I don’t think she knows how the audience reads her movie, which is full of scenes without dialogue, some for suspenseful effect. I didn’t for example, see Joe transfer his guilt onto Annabel, as Linfoot implied at the post screening Q and A. When he allows Lily to perform a sexual act, it is as if he does it out of charity, rather than his own desire. After all, Lily is complimenting him. She could be any teen ogling a footballer. Plus, he just wants his pizza.

Joe has a very palpable desire to forget about Lily and not let her affect their lives. His marriage isn’t great. His pleasure at discovering his wife is pregnant is boyish – a proof of his own virility. He doesn’t even phone his mum (parents exist, you know).

In the final scene, a devastating final line condemns Joe. Roll credits, you think. But then Linfoot follows it with Annabel staring at her own reflection. We have had enough reflection throughout the movie. It is better to end the film with Annabel asserting herself, calling out a lie. Still, Linfoot has her visual system that she wants to maintain. In my book, if you are more interested in a visual system than emotion, then you should pick a career other than making movies. The perfect film blends imagery and emotion. I would direct Linfoot to the climax of ‘American Gigolo’, for example. This flaw aside, Linfoot’s debut is impressive and benefits from compelling performance for Tasha Connor – a Sasha Lane of the future – and Gedmintas.