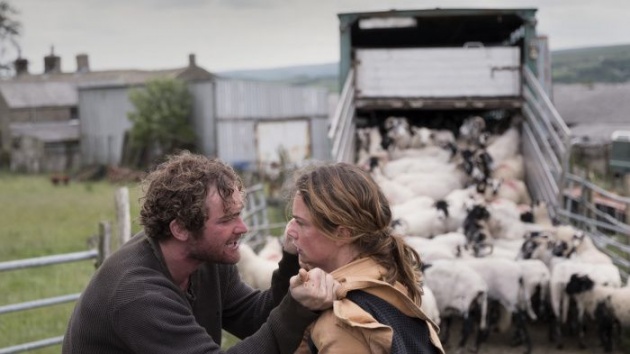 Stop me if you have heard this one before. In rural contemporary England, a young woman returns to the family farm after the death of a close family member. The farm is in difficult straits. The woman tries her best to fix things but also come to terms with demons from her past. That for the most part is the plot of writer-director Hope Dickson Leach’s accomplished feature debut, The Levelling. It is also a description of Clio Barnard’s third film as writer-director, Dark River, adapted from Rose Tremain’s novel, Trespass. British films have a habit of recycling Hollywood movie titles: Dog Soldiers, directed by Neil Marshall, about a group of soldiers on a military exercise who take on werewolves, is also the name of a 1978 Vietnam War movie directed by Karel Reisz. I can understand why Barnard did not take the name of a 1992 Walter Hill movie starring Ice Cube (and not a good one at that) nor for that matter a 2011 damp squib of a home invasion thriller starring Nicolas Cage and Nicole Kidman. Unfortunately, Dark River is not a great title either. Rivers carry objects up or downstream. They lead you places. Here, there is a river but it is a location where something is buried but not for very long (no spoilers).

Barnard’s film has a mystery thriller title but it is pretty obvious what has happened and why. Alice (Ruth Wilson) is a severely traumatised farm day labourer with major trust issues – she flinches when a man reaches for her arm in sympathy. Her father (Sean Bean) has died. Now, I know what you’re thinking. How does Sean Bean die on screen this time? It’s a movie game, like ‘Six Degrees of Kevin Bacon’ (rules available on request). We don’t see him expire; it isn’t appropriate. The story is told from Alice’s point of view. She arrives back to find her brother, Joe (Mark Stanley) missing. The farm is severely neglected. A sheep requires veterinary attention. Some of the land needs treating. There are rats. There’s a dog on a leash tied to a stake that hasn’t been properly trained.

Barnard does gritty realism. At the same time she suggests more than she shows. There are moments when Alice enters her old home and looks up the stairwell with fear. She sees her father, not as he was just before he died, but in his middle age. Bean’s appearances are fleeting but Alice has reason to be afraid of her father. The film makes that super-abundantly clear.

The upshot is that Alice cannot sleep in the house. She moves into a shack that is without electricity or running water. She starts fixing things, selling sheep to get a labourer in. She wants to exterminate the rats. When he turns up from his Halifax haulage job, Joe is steaming. Quite apart from looking like the lost member of Mumford and Sons who finally recovered his tambourine, he really, really resents his sister for leaving him alone to care for their dying father. ‘Did he suffer?’ she asks. ‘Yes,’ says Joe. Alice turns away, almost contented.

Alice has applied to be the new tenant farmer. A tenancy is worth something - £100,000. Alice isn’t doing it for the money. ‘He [Dad] promised me,’ she asserts. Joe resents this. Alice hasn’t been there. She hasn’t grafted. After initially frightening the assessor, who concluded that Alice has a good chance of taking over the tenancy, Joe is encouraged to put in his claim, out of spite.

Only been to Dover, pick up spuds

Early in the movie, I wondered whether these people hated the farm so much, why don’t they just torch it? The film plays with this expectation, especially in its latter stages. Its most striking aspect is the uncompromising portrait of a brother and sister at odds. Alice has the chance of being a tenant farmer rather than just a wounded itinerant; her brother has some respect for the land and its ecosystem that he is reluctant to embrace change. He won’t let her lay down rat poison when there are owls. He stops her cutting back on weeds because they support a rare flower. Joe is the embodiment of just about managing. He hasn’t seen the world, unlike his sister. ‘Only been to Dover, to pick up spuds,’ he says in one of his more genial moments. Alice has been to New Zealand – anywhere where there is a farm. She grafts hard. We first see her shearing a sheep and later skinning a rabbit. Wilson’s commitment to the role is absolute; she is utterly convincing.

The film boasts the involvement of the Wellcome Foundation, a medical charity specialising in the brain. The screenplay was developed through a newly-started script programme, presumably to focus on films that illuminate mental health issues – I haven’t seen the press release. The psychiatrist Susie Orbach (one of two credited) also advised the production. You think the film is about a secret that is yet to be shared. In the end, it is about something else. Although Alice elicits the lioness’ share of sympathy, Joe has his moment, though not when Barnard cross-cuts between Joe trashing his living room, knowing that he could evict his sister and leave her penniless, while Alice skins a rabbit.

Farming dramas, it has to be said, are a current fad in British cinema. Recent examples include The Levelling and Francis Lee’s gritty romance God’s Own Country. (Illness also figures in that one.) The theme is not accidental. Farms are a metaphor for England as a whole. Its attachment to tradition. Its vulnerability to economic downturns. It is one of the last industries that involves manual labour done for love. None of this trio of farming dramas is especially joyful. They make for an interesting comparison with the three female-led US farming dramas of 1984, Places of the Heart starring Sally Field, Country with Jessica Lange and The River featuring Sissy Spacek and Mel Gibson. Those films celebrated plucky individualism in the face of nature’s devastating threats - now, environmental disasters are almost always associated with human causes or tests by a dissatisfied deity. Here, it is about making good and reconnecting with what’s important. Above all, this current trio of British films are about opening up. 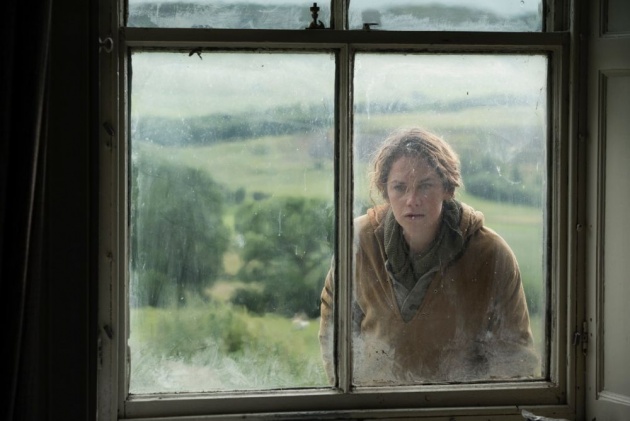 English farming dramas say something about our national character, about fighting against insularity. This point, and it is almost certainly a political one, is buried deep in the text. They are also cries from the heart. As my country led by the ‘Boaty McBoat Face’ mentality of fad voting heads towards the abyss of an economic downturn, more severe than the 2008 banking crisis and entirely self-inflicted, such cries will become ever louder, unheard by a tone-deaf political class too cowardly to take Britain out of Europe by their own conviction and lacking the courage to acknowledge the mistake of a referendum.

Pictured: 'I play you mine and you play me yours.' Ali (Adeel Akhtar) and Ava (Claire Rushbrook) exc…