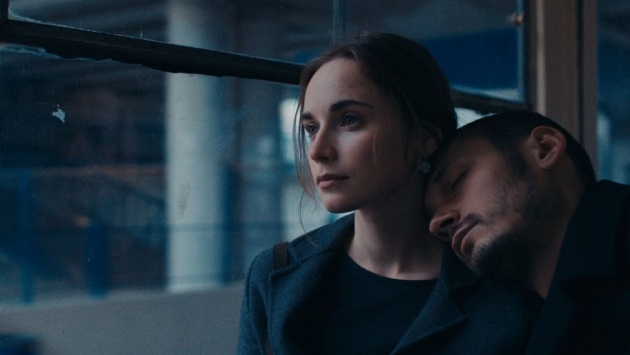 Remember the name: Marina Stepanska. Her feature debut as a writer-director, Falling, is a stunning piece of work. It has genuine emotional force and, rarest of all, the ring of truth. It provides a perspective into life in Ukraine from the point of view of the educated middle class who don’t have an obvious way to respond to the Russian-inspired civil war that the country is destined to lose. You can get high. You can run away. Or you can find the will to build something.

Its protagonists are Anton (Andriy Seletskiy) and Katya (Dasha Platiy). They meet outside a club. Anton is minding a dog. The scene that sets this up is excluded; as Paul Schrader once said, people would rather be confused than bored. Katya asks for a light. Anton obliges. She then asks him to re-light her cigarette with his own. The gesture brings them close together. You could say that as the tips of their cigarettes touch one another, it feels like a substitute for a kiss. Katya wants to know what Anton is doing outside. He won’t say. Has he returned to the scene of the crime? ‘You could say that,’ Anton answers mysteriously. He invites her for dumplings – ‘or sushi’, he quickly adds. Katya refuses. She has someone inside. She offers her number. ‘I don’t have a phone,’ he replies. It sounds like a line, a blow off, but Katya just about sees the truth in it. Anton tells her about the bus station where he hangs out. Now we’re more confused. Anton, as we see at the opening, first glimpsed kicking a makeshift ball across a yard, is just out of rehab.

The way we read Anton, he looks like some kind of criminal. He is picked up from an institution – it could be a correctional facility, although one where some of the inmates wander around in their dressing gowns – by his grandfather. Anton is a restless figure. He doesn’t do what he’s told. When grandfather (Oleg Mosiychuk) buys him a cup of hot chocolate with sugar, he returns to the car to find that Anton has disappeared. Stepanska’s command of visual storytelling is apparent in this early scene: she films the grandfather searching for Anton with the camera firmly focused on the old man’s face, so we cannot see what he sees, nor are we aware of what is going on in his immediate surroundings outside the frame. When Grandfather stops, we have a brief moment when we think the worst. In fact, Anton is standing at the curb smoking a cigarette. This episode is an excellent example of how to use camerawork, acting and editing to create anxiety. Film tutors should teach it. 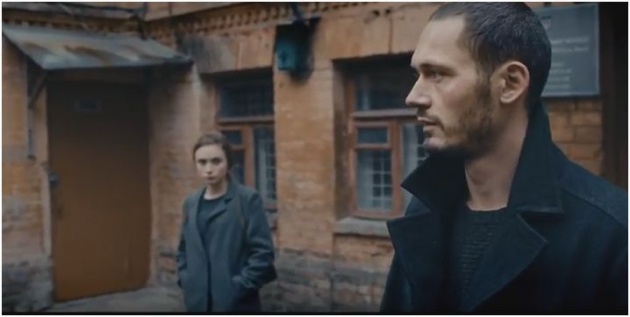 Stepanska has a spare and entirely visual way of showing us how an argument is won. Inside the car, Anton asks his grandfather if he can be taken into town. Grandfather refuses. ‘I want to see my mother’, Anton explains. ‘I think that’s a bad idea,’ replies Grandfather. Then we see the car do a ‘u’ turn. Stepanska doesn’t have to show Grandfather capitulating after being won over by an argument. The shot of the car tells you everything about his resignation to his son’s will.

Of course, Grandfather is absolutely right that visiting his mother is a bad idea. Her apartment is a mess, filled with paper and clothes. Her lover has been conscripted. Mother, who has to clear a space for Anton to sit down, prepares relief packages of clothing for those on the front line. She seeks financial assistance from Anton’s grandfather: the apartment is in disrepair. Yet, as mother and son smoke outside the apartment, it is apparent that the woman is a drunkard, cadging money from Anton to buy beer. Anton, who originally asked to stay with her, doesn’t wait for mother to come back.

So who is Katya?  Let me add that Stepanska doesn’t tell us the characters names straight away. Details are teased out slowly. She shows Katya wearing a jacket to cover her otherwise naked torso standing on the balcony listening to music. The young man in her bed, Johann (Christian Boris) speaks to her in American-accented English. Katya explains that she did not previously understand the song, but now it speaks to her. Johann wants a cup of coffee. ‘I am explaining something really important.’ Johann, who does that man thing of not wanting to get into an argument before he has a cup of coffee, says he will go out and get one. Katya complains that coffee purchased from a cafe is still crappy. Johann thinks the opposite; indeed the country is cool. He speaks to Katya as if they are both outsiders visiting a place that they can romanticise through tourist eyes. This is probably Stepanska’s weakest writing – would Johann be so insensitive, so naive? Yet it is a good explanation of the gulf between them. Johann believes that Katya will move to Germany with him because there is nothing in Ukraine to keep her there. Boy, is the young man wrong?

Katya finds herself boarding a bus and looking for Anton. The coffee really must be that bad. She finds him through the slenderest of coincidences. Then he introduces her to his grandfather, who finds one more reason to be outraged by the young man’s behaviour and yet takes it in his stride.

As the story slowly unfolds, you discover that there are some people who can watch a man and a woman looking each other as the kettle boils and some who can’t. The two walk outs that I observed were no reflection on the filmmaker. The viewers just didn’t connect with the film. 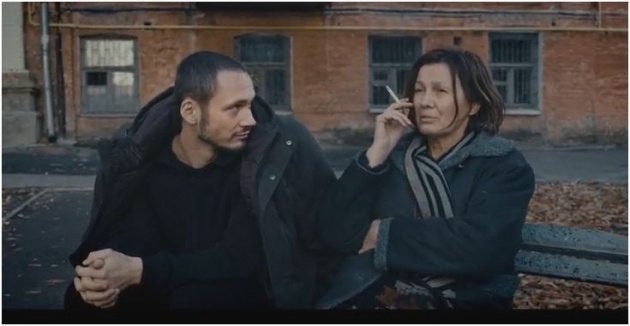 The title is explained when Anton teaches Katya to ride a bicycle. Katya has to learn to accept that she will fall in order to overcome her general fear. As metaphors go, it is pretty obvious. Yet, I could believe in it. The bicycle lesson is simultaneously comical and painful to watch as Katya falls several times. At each attempt she travels farther.

When Stepanska introduces a gun into the story, we know things won’t go well. Driving back to the house, Anton and his grandfather come across two men who are cutting down trees illegally. Grandfather tells them to stay away and threatens them with his shotgun. He fears that they will return – one of them knew Anton from his schooldays. The area is lawless. Deforestation is another metaphor for the decline of Ukraine.

The relationship between Anton and his grandfather is tense. We learn that Anton was once a pianist – there is a gap in one room where the piano once stood. Towards the end of the film, after an event that draws Anton and Katya (a former art student) together but also forces them apart, Anton tells her how her life will be ruined if she tries to save him. He is compelled to be cruel, as if he doesn’t trust that he can rebuild his life. The scene is heartbreaking, and as you might expect Anton falls off the wagon and reconnects with his past. There is also Anton’s conscription.

The Princess of Maidan

It would be wrong for me to explain how the film ends, except to say that there are no external confrontations that make either or both characters feel better. There is an equal mix of tragedy and hope. We learn that Katya was photographed by Johann and became (in English speaking media) ‘the Princess of Maidan’, feeding soldiers on the front line. The photograph is a lot to live up to and, fundamentally, it isn’t her.

Central to the film is a discussion about the role and power of art. Anton will never return to playing the piano. He entered a competition as a teenager and knew he had peaked. Does music have anything to say? For much of the film, there is no musical soundtrack – no extra-diegetic sound. Yet halfway through it suddenly appears. Stepanska demonstrates that art does have a purpose: to illuminate confused, alienated feelings and to bring people together to live for a brighter tomorrow. Stepanska is a realist, but nevertheless offers the audience – those who stayed – something to believe in.