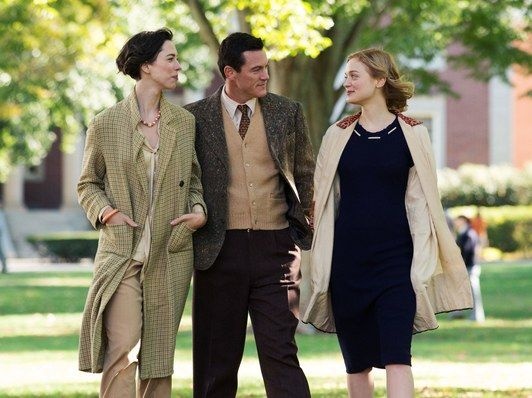 There aren’t many films about real-life comic book writers. The documentary Crumb and the Harvey Pekar biopic American Splendor starring Paul Giamatti spring to mind - until I saw it, I thought the latter was about a sugar substitute. We have seen characters who write comic books, such as the hero of Condorman as played by Michael Crawford. For reasons best known to Hollywood, no one has wanted to tell the story of Charles M Schulz (1922-2000), author of the ‘Charlie Brown and Snoopy’ newspaper strips, or Jim Davis, the creator of ‘Garfield’, the lasagne loving cat, or even Art Spiegelman, the author of ‘Maus’. Writing a comic strip is not (yet) considered a noble profession. Part of the reason is that because we are so drawn to their creations, we don’t want to think about who first drew them - you don’t want to know who created a deity. The real issue is that the lives of comic book writers are not overly dramatic. The principle narrative that you can construct is about the struggle to get – or remain – published. It’s about censorship. I don’t think Charles M Schulz faced that problem.

Kudos go to Angela Robinson, the director of Professor Marston and the Wonder Women, who has made the first mainstream(ish) movie – bankrolled by Sony – about the creator of a major comic book icon. I don’t know many people who can instantly name her alter ego (Diana Prince) but Wonder Woman herself has instant recognition. My memory of her is through the TV series of the 1970s as played by Lynda Carter, though I don’t recall the first season being set during World War Two, the image of Wonder Woman on a skateboard, the disembodied brain or cast members from The Brady Bunch making guest appearances, which makes me wonder, was I even allowed to watch it?

Robinson’s film explains how Harvard academic William Moulton Marston (Luke Evans), author of ‘Emotions for Normal People’ sublimated his ‘DISC’ theory into a popular comic book, first published by All-American Comics in December 1941. DISC stood for ‘dominance, inducement, submission and compliance’ and set out how folks were happy to be dominated if they had an inducement to do so, how submission was a conscious act that led to the pleasures of compliance. Women, it turns out, do the dominating, represented in Marston’s life by his spouse Elizabeth (Rebecca Hall, sparky, embittered but alive) and his student, Olive Byrne (Bella Heathcote) who helped him perfect the lie detector, an invention he and his wife created but never patented. 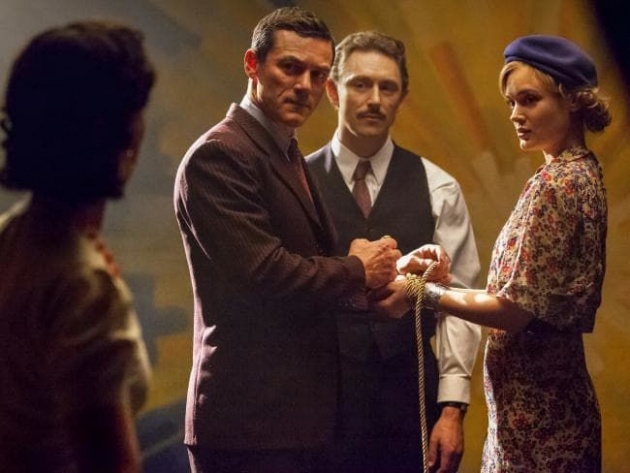 The drama is framed by a hearing at which William is forced to defend his creation from the Child Study Association of America, represented by Josette Frank (Connie Britton). We see copies of comic books gathered door to door and then thrown onto a bonfire.

Can William save his creation from the prudes? It’s not even a question. We know from the fate of film noir that the powerful women of the 1940s were eventually domesticated. The femme fatale was replaced by the housewife, the thriller by the melodrama. A caption tells us that Gloria Steinem catapulted Wonder Woman back into the cultural consciousness in 1972 and declared her an icon, with her lasso of truth and invisible jet plane.

Because the film has a cultural icon at its centre, it actually neglects the two women who both loved William and, it seems, each other – Elizabeth is definitely attracted to Olive. Its portrayal of desire is limited to a brief bondage scene discovered by a neighbour, the result of which is that William’s young son is bullied at school. It raises a secondary question: who analyses the psychoanalysts, testing their theory against their actual behaviour? Instead of being an acute psychological drama, it turns into a romp, dwelling on the barely secret kinkiness of the Wonder Woman with the recurring motif of her being tied up then releasing herself from bondage. 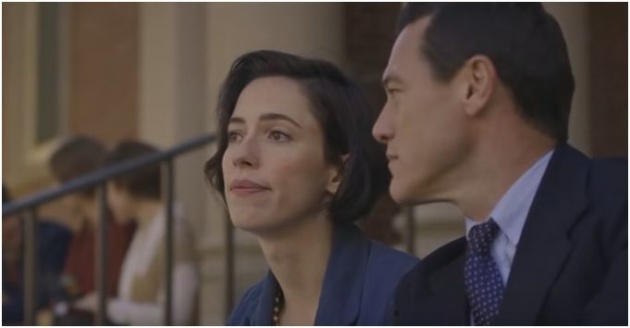 Worse, the film doesn’t attempt to answer the question, what happens to a man’s desire when he allows himself to be dominated by a strong woman? Is this simply an act to be reciprocated by the woman? In sex games, is there one final dominant act? Robinson is not concerned with this. Her interest is in celebrating the terrific trio, whose relationship is finally cut short.

Professor Marston and the Wonder Women only feels like half a movie. It begins with William as the principal viewpoint character, but then shifts to the defence of a fictional character. In reality, Olive is the character that we are most interested in. What was she hoping to get from William’s classes? How did she feel about Elizabeth? Did she become an authentic feminist or was she too submissive? In the end, the film is more concerned with the integrity of a comic book character than any of people in it. For a film about sexual pleasure, it lacks a climax.