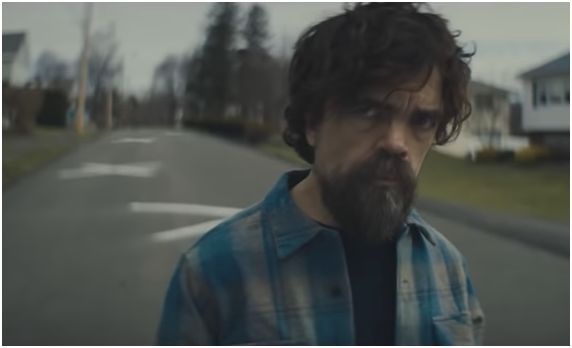 Pictured: Del (Peter Dinklage) leaves behind a trail of white crosses in 'I Think We're Alone Now', a science fiction film directed by Reed Morano. Still courtesy of ONE Media (US)

An intriguing if not entirely satisfying example of a science fiction film directed by a woman, I Think We’re Alone Now gives a much welcome leading role to Peter Dinklage. He plays Del, a bearded loner who may quite possibly be the last man on Earth. Before you say that that being a bearded loner is something of a cliché, why the heck would you shave when no one else is around? A cataclysmic event has taken place, but like Jim, Cillian Murphy’s character in 28 Days Later (2002), Del slept through it. Now he is cleaning out houses, taking batteries that still have some life in them and dragging out the dead to give them a burial. As well as taking batteries, Del removes photographs and library books. He is absorbed in maintaining a central repository of life that doesn’t rely on electricity. He does so house by house, spray-painting a large ‘x’ outside each property. Wearing a kerchief round his mouth, he avoids inhaling the odour of decomposition. I’m sure he doesn’t want to breathe in paint fumes either. 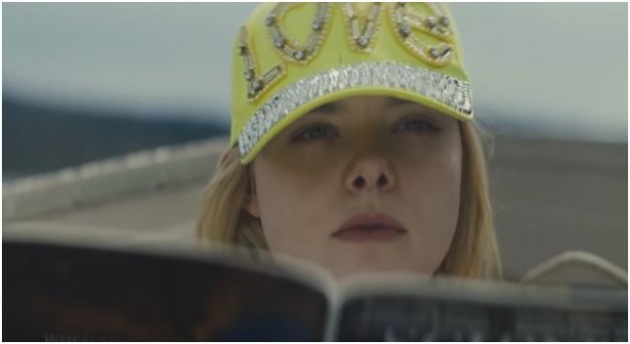 The director is Reed Morano, an established cinematographer on films such as Frozen River, Kill Your Darlings, The Skeleton Twins and The Inevitable Defeat of Mister and Pete. She also shot her first film as director, Meadowland, starring Olivia Wilde, Luke Wilson and Elisabeth Moss, about a pair of grieving parents whose son disappeared at a gas station. It premiered to great acclaim, if not wide distribution, at the 2015 Tribeca Film Festival. Morano won an Emmy for directing an episode of the hit TV series The Handmaid’s Tale and is currently in post-production on the action thriller, The Rhythm Section, starring Blake Lively and Jude Law. Morano gained kudos for her use of negative space, which is not the part of the cinema auditorium where Rotten Tomatoes reviewers gather. (Hey, RT, why do only my reviews on Film Inquiry count? See picture below.)

Rather it is the part of the frame that threatens something, typically the bit from which a homicidal masked killer is revealed. There is plenty of negative space in I Think We’re Alone Now – Morano was her own director of photography – though also some lens flare and tracking shots of library stacks. I lost count of the amount of tracking shots featuring Del file this or that book. We never once see him on a stepladder filling the top shelves. I like to think of him as rewriting the ISBN (International Standard Book Number) system, as opposed to the IMDB system, correcting some of the poor ratings for female-directed movies. (This film only scored 5.6.) There are also some wonderful shots of Del operating a mechanical digger and sitting in a rowing boat. Incredibly, fish survived the unnamed cataclysmic event that made a serious dent in the housing market. 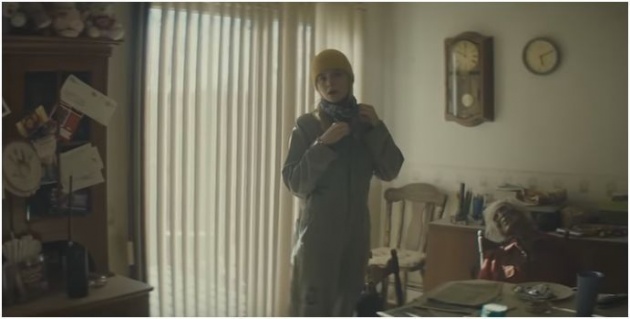 Del doesn’t remain alone for very long. Quite suddenly, he witnesses an explosion of fireworks. Then he sees a crashed car. The driver, Grace (Elle Fanning) is still alive and has sustained a head wound.

As well as tracking shots, the film features plenty of dragging shots, as Del pulls one corpse after another to an unmarked burial ground. He might keep family photographs but he is not in the headstone business. Having locked Grace in a room, he wants her to leave, asking her to count backwards from one hundred before she opens the door. Grace gets as far as 99, because, let’s face it, the scene would get boring. She was on her way to Niagara Falls before she crashed the car. Significantly, Del never asked her why she crashed it. We figure it might have something to do with the stitches in the back of her head, revealed later on.

Grace decides to stick with Del. He has wine and could use help in clearing houses. When she joins in the corpse dragging, she asks him if he wants to say something before covering the dead body with dirt. ‘Did you say something before you saw dead people?’ asks Del. Grace reveals that she held her breath for ten seconds. Del and Grace do this together.

Mike Makowsky’s first produced feature film script has two ideas. The first is an exploration of how people relate to each other when everyone else is dead. At one point, Grace asks Del, ‘don’t you want to save the human race?’ which one imagines is the closest thing he has experienced to being asked on a date. The second idea is about living knowing that the majority of others have died. Do you want to continue human history or hit the re-set button? I would advise viewers not to visit the film’s imdb page which reveals spoilers.

I can tell you that fish aren’t the only survivors. There is a living breathing dog. It bites Del. Grace sews his hand up. It is a tender moment in a film that is not concerned by teasing when a forty-something man is likely to make a move on a twenty year old woman (Elle Fanning was born in April 1998). There is also a debate about the life of a goldfish; Del posits that they can survive in their natural environment for twenty five years. 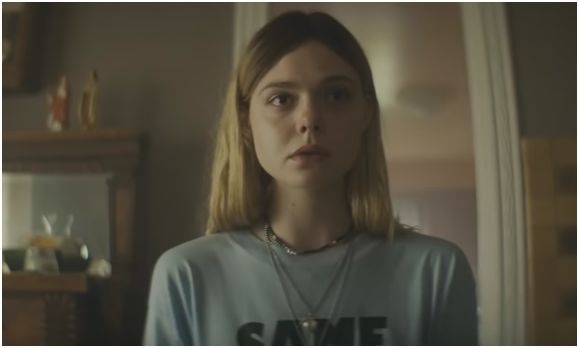 I Think We’re Alone Now is almost defined by what it isn’t. It isn’t about coming to terms with isolation or dealing with the death of something inside, though Del has his own demon, connected to a house that isn’t on the map. It isn’t about the need for society in a post cataclysmic world. It isn’t about trying to re-impose a semblance of normality when there is no imperative to do so. Rather it is about two people stuck in a situation in which they refuse to engage in big issues.

Dinklage oddly put me in mind of late career Robin Williams, but less jokey and not concerned with getting a reaction. In his later movies, Williams was overcome with a dour fatalism and was also not concerned with sex. Dinklage embodies someone who has spent his entire life being ignored and now doesn’t have to worry about anyone’s opinion. He reminds you of what the world would be like if we quit social media. Fanning is a swaying head of youthful energy, living in the moment and wanting to engage. The dynamic just about manages to keep your attention throughout the ninety-minute running time. The wow factor is provided, not by acting fireworks, but by the sudden appearance of something ordinary, just when we have become acclimatised to post cataclysmic empty streets. The film doesn’t have an ending, only the music being turned up. 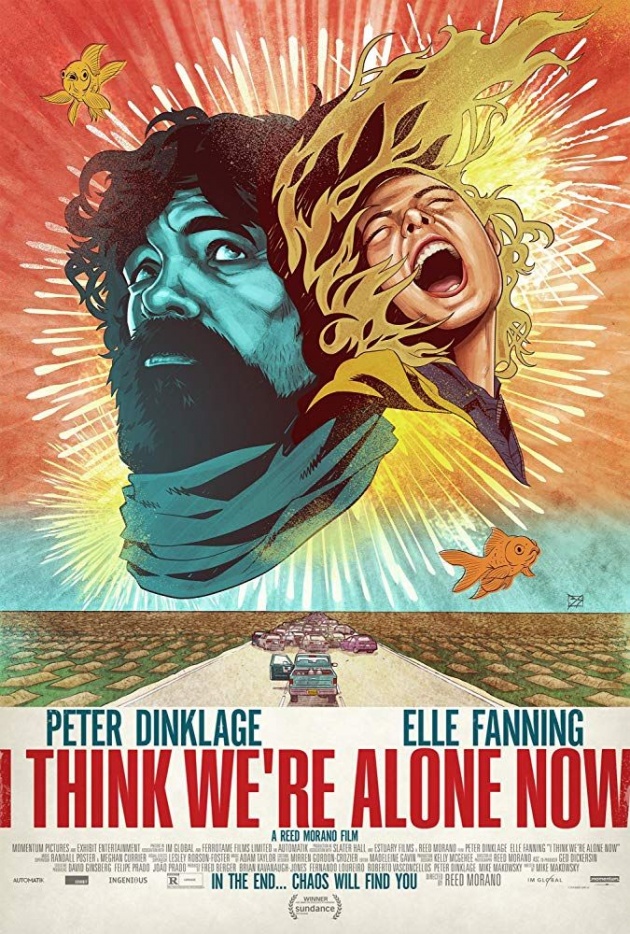 Reviewed on a streamed copy – with thanks to Strike Media