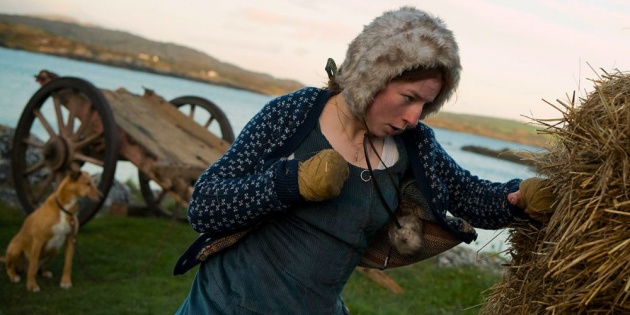 Pictured: Frances (Hazel Doupe) takes on a hay bale in 'Float Like A Butterfly' a film set among an Irish traveller community written and directed by Carmel Winters. Stiff courtesy of TIFF

A film can be let down by its make-up. At the beginning of the Irish traveller drama, Float Like A Butterfly, the second feature from writer-director Carmel Winters (following her 2010 debut, Snap) feisty teenager Frances (Hazel Doupe) is shown with her cheek caked in blood, having just been in a fight. Only it isn’t a convincing injury. Even if she had been grazed by the stones in her opponent’s make-shift boxing gloves or, more likely, by the hard ground beneath her, the wound would barely have time to congeal, with blood mixing with sweat. You don’t believe in it, nor in the early scene of Frances’ childhood, in which her younger self (Amelie Metcalfe) is carried on the shoulders of her proud father, Michael (Dara Devaney) before their outdoor bonding session amongst drying linen is interrupted by the local constabulary, who want to know why Frances isn’t at school.

The main action takes place in 1972. Muhammed Ali is shouting about himself on the telly. Young Frances fancies herself a bit of a boxer. She throws a mean jab and has the muscles in her arms to prove it. She has a younger brother, Patrick (Johnny Collins) who cowers in the caravan. He is, as they say in Irish parlance, ‘a bit soft’. As we discover later, he’d rather pet a chick - of the yellow feathered variety – than throw a punch.

In the fracas that follows, Frances’ heavily pregnant mother ends up losing the baby and her own life. Michael is carted off to jail. Frances and her brother are raised in the tinker (Irish gypsy) community by their grandfather.

The real drama starts when Michael returns from prison. Frances would rather see Muhammad Ali, who has in his own non-biological way been more of a father to her than the fire-tempered, misogynist, waster-familias of her real life Da. Still, Frances wants to see him, just not carted out of a car, limp with alcohol, all wilting limbs and caterpillar sideburns. The father returns to cockle gathering, pelted with fish by the constable’s son. In the fracas that killed his wife, Michael landed a lethal kick to the constable’s knee that would keep out of the league for the next few seasons, were he a footballer. Now Michael weathers the smack of fish spines, fearing a return to the clink, as the constable and his lads express their opprobrium through provocative missiles. Instead, he is more interested in making a man of young Patrick, who shows no prowess in skinning rabbits.

Michael takes his progeny out of school to give them a gypsy education - or a tinker’s damnation if you note the constable’s resolve.  This involves a road trip in the old wagon. Frances is introduced to a boy who will, at a certain point, be her husband. There is enough money for a trip to the pub and humiliating games of cards, where Michael ignores his daughter’s advice, and loses. A Muhammad Ali lookalike hops about in a ring and is felled by Frances in a faux fight. Michael buys her a set of gloves, which are then given to her husband-to-be. At night, a woman sneaks into the caravan to enjoy Michael’s allure. This is known, in scriptwriter’s parlance, as a brief respite. 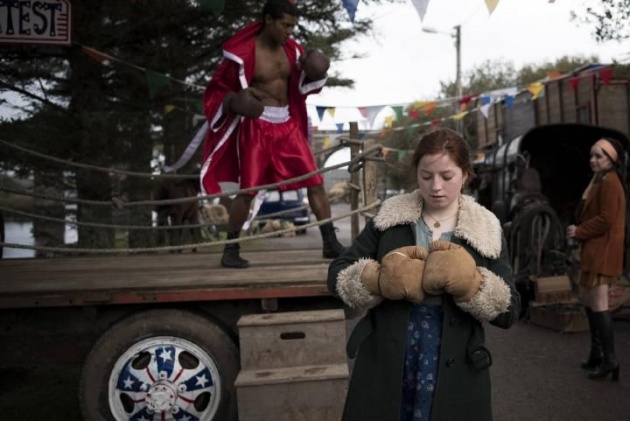 Frances and Patrick make the mistake of knocking on doors for food. A male resident may be minded to help, but only to sate the appetite of his loins. One uppercut later, Frances and Patrick are flying. The incident brings the man and his neighbours to Michael’s caravan where justice is served by killing the horse.

In a tinker’s world, felony is a contagion. Michael steals a car when contains within it a sack cloth of eggs. One of them hatches, and out pops the aforementioned little chick that charms the eyes out of young Patrick.

Their journey takes them to Michael’s brother-in-law, a professional singer, who lives in an actual house. He is off the drink, but that doesn’t stop Michael demanding ale. The reunion is interrupted by a telephone call from the constable, but the uncle ‘hasn’t seen his niece for ten years’. It ends with bitterness unlocked by alcohol - raised voices and bitter blows, Frances settling it with grazed knuckles, to an ‘out, the lot of you’.

At a certain point, feeling her father’s vexation that Frances is more of a boy than Patrick - ‘you can’t hide behind your sister forever’, the cherub-faced lad is admonished - Frances is abandoned on the road. Her useful skills, such as sucking petrol through a tube, are forgotten. At the beach, the constable and his lad mete out another humiliation; Patrick is made to fight the constable’s son until Frances comes to the rescue. 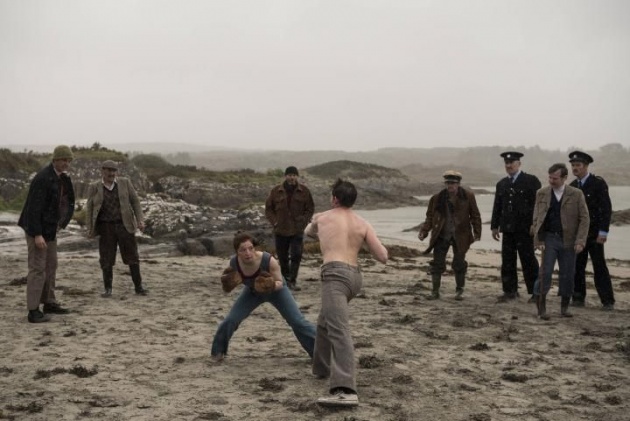 Float Like A Butterfly gave Ballydehob, County Cork-based Winters a happy ending. Not only did she marry her partner, Toma McCullim, at Toronto City Hall, during her trip to the 2018 Toronto International Film Festival, but the film also won the International Federation of Film Critics’ Discovery prize, the jury describing the film as a ‘triumph of free spirit’. There is always the satisfaction of seeing men who abuse their positions flattened by well-placed blows – in this film, it happens once every twenty minutes, so you won’t have to struggle to stay awake. ‘Triumph of free spirit’ is a bit of an exaggeration, unless the prize gave Winters unlimited access to the mini-bar. It is a collection of gypsy clichés about the right of men to beat their wives into submission and worse. Frances strikes back against misogyny, but does she win the twelve rounds? In reality, would she not be separated from her brother and placed into special care?

Winters describes the film as a celebration of gypsy life: ‘the wagons, tents, camp-fire suppers and sing-songs’. Of course, there is the domestic abuse, victimization of children, theft and narrowing of life options to set against it, also front and centre. The praise on the film is offset against continued societal division: ‘I like your film’, audiences might say, ‘but I wouldn’t want to be like the people in it’. In this sense, and let down by hokey plotting as well as make up, Float Like A Butterfly disappoints.