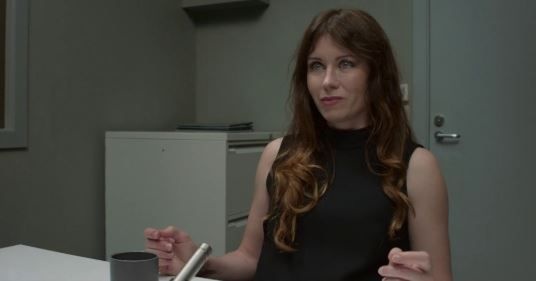 Pictured: Filmmaker Anna Odell explains her 'vision' in the Swedish film 'X&Y' an experimental provocation conceived and staged by her. Still courtesy of TriArt.se

In her 2013 debut feature, The Reunion, Swedish performer-director Anna Odell showed herself being ejected from a class reunion after describing the humiliation she suffered whilst at school, then deconstructed the spectacle by having actors play the bullies who nourished her waking unhappiness. Rooted in the director’s emotional pain, the film earned Odell five star reviews and the right to make a second feature.

X & Y, which opened the 2018 Stockholm International Film Festival, is that movie. It is similarly provocative, this time pairing the troubled director with the well-known Swedish actor, Mikael Persbrandt, who has had his own experience of substance abuse. I’m not sure why cocaine addiction is called ‘substance abuse’, unless you waste the stuff. Personally, I don’t advocate drug taking – why walk with a crutch if your leg isn’t broken? I won’t even take beta blockers even though my cardiologist recommends it. With two troubled people playing off one another, you expect sparks, fire, the bruising of fragile egos. 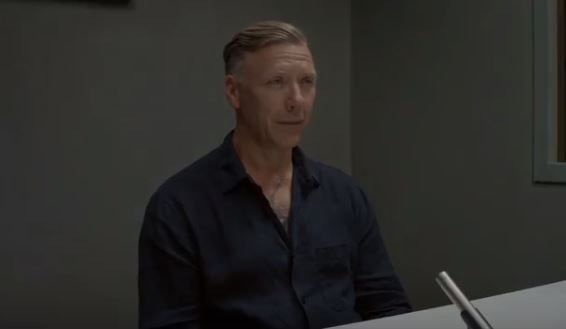 But X & Y isn’t a documentary. It is a controlled experiment, one where the results are narrowed down from the outset. Mikael (playing a version of himself and abstaining from alcohol) is prepared to say that he would have sex with Anna if the film demands it. He shows off his tattoos. Although he describes himself as not thinking about the consequences of his actions, he doesn’t do anything that compromises his marriage or embarrasses his children. He might remind you of Daniel Craig - you can currently see Persbrandt in the critically savaged The Girl in the Spider’s Web, an unofficial sequel to the late Stieg Larsson’s Dragon Tattoo trilogy. But he does family movies too, playing Hans Petterson (Hasse P) in The Cake General.

Odell casts ‘the best Nordic actors around’ to play alternate versions of Persbrandt and herself. On her side, she enlists Vera Vitali, Sofie Gråbøl and Jens Albinus to play ‘Anna’ – Albinus allows for gender fluidity, although he is supposed to embody Odell’s logical masculine characteristics. Cast as Mikael are Thure Lindhardt, Shanti Roney and Trine Dyrholm – the latter also allowing for gender fluidity. Of the cast, Dyrholm, with her hair cut short and wearing a suit, has the most fun. The license to act manly frees her, although her behaviour is essentially a boorish caricature. In second place is Vitali, whose portrayal of Anna’s sensual side involves unbuttoning her blouse so we can see her bra. By contrast, Albinus is a party pooper - when rehearsals get intense, he vomits.

Pictured: The set of 'X & Y', an experimental film in Swedish by Anna Odell. Still courtesy of TriArt.se

Some conditions are set. All the cast must remain in character and are confined to a series of fake rooms. They cannot leave the film set; then again, they are being paid to sleep. There is a dialogue exchange about this. (‘Who gets paid to sleep?’) The Annas and the Mikaels sleep in separate rooms, in which there is only one bed. For most of the time, the beds sleep three people – Odell, Vitali and Albinus in one, Persbrandt, Lindhardt and Dyrholm in the other. Gråbøl and Roney join rehearsals later, the latter complaining about the lack of both a script and direction; he ends up quoting speeches from other plays, which is humorous if you know the text. I watched the film in an audience full of Swedes; some laughed, I took a sip of alcohol-free beer.

Early on, in the ‘interrogation room’, Odell asks Persbrandt which animal best represents him. I thought he said coyote. At any rate, Odell wants to be a ‘wolf bitch’. She even makes her own wolf costume, which involves donning a flesh coloured, figure hugging body stocking and a wolf hat complete with pointy ears. The film teases a ‘wolf mating’ scene. So much in the film is a tease because (spoiler alert) nothing of substance really happens. In as much as the costume has a purpose, we see Odell in her wolf outfit hover over a sleeping Persbrandt in his room. He doesn’t respond, so she leaves. But then as she closes the door, Persbrandt pulls her inside. Odell cuts. We don’t see if anything happens next. It is almost like - whisper it - a dream sequence. 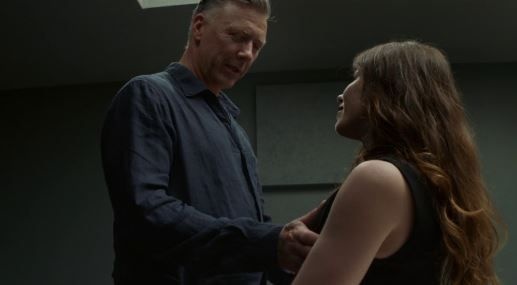 There are ‘amusing’ conceits, such as Lindhardt bringing back a woman to his room, in which Persbrandt and Dyrholm are sleeping. They express disbelief, but even in the act of kissing a woman, Lindhardt is ‘playing’ Mikael. There is also the bedroom incident in which Odell declares that she wants to masturbate. She massages one of Gråbøl’s breasts, causing Sofie to express her indignation. Consequently, Gråbøl leaves the production. (These are the jokes, kids.) The humour works better in the first meeting of the Mikaels, when the other actors are denied orange juice; they have to drink water because Persbrandt does.

The major development is that Odell wants to have an ‘art baby’ (Swedish ‘kunst’ baby), one that is conceived during the course of the filming but would be a piece of art. This is supposed to be provocative – parenthood is not a result-based pastime. In the final section, when production resumes, both Odell and Vitali have baby bumps. The question remains: are they for real?

The film’s best scene has a provocative dialogue scene with the cast substituting for Odell and Persbrandt. So at one point, it looks like Vitali and Lindhardt will get it on. When Albinus interrupts the scene, apparently disgusted, Vitali accuses him of sabotage.

Odell restages one scene from Persbrandt’s life, namely the origin of the ‘f-k’ tattoo on his knuckles. This involves connecting wires from a light fitting to those for a tattoo gun and then using it in a drunken stupor. Both Odell and Lindhardt get ‘X Y’ tattoos, each drawn by the other; we don’t know if they are permanent.

If I take anything from X & Y, it is the disingenuous nature of the personal, exploratory movie. At no point is catharsis discussed. Rather the cast spend their time waiting for a script. There is the ‘joke’ of two (male) producers expressing concern over the wayward nature of Odell’s project. Then there’s the repainting of one set, when the ‘art baby’ is expected, though green paint is applied over wallpaper; not really a ‘baby’ colour.

The finale has the reunited cast, without Gråbøl and Roney, going for a drink. The script has been promised for tomorrow. Anna has ordered two cans of petrol. What will she do with them?

X & Y is best viewed as a comedy, though it probably has about three genuine laughs. The central ‘joke’ is that Persbrandt says that he only does movies with a high artistic ambition and the high likelihood of achieving of it. The ambition of Odell’s movie tails off; nothing is achieved. It is offensive to suggest that Odell wanted to get pregnant without giving birth, but her movie makes you think this. At no point does anyone in the movie seem free and under those conditions nothing of value is created.

Pictured: Gustav (Gustav Lindh) and Anne (Trine Dyrholm) in a scene from the Danish film, 'Queen of …