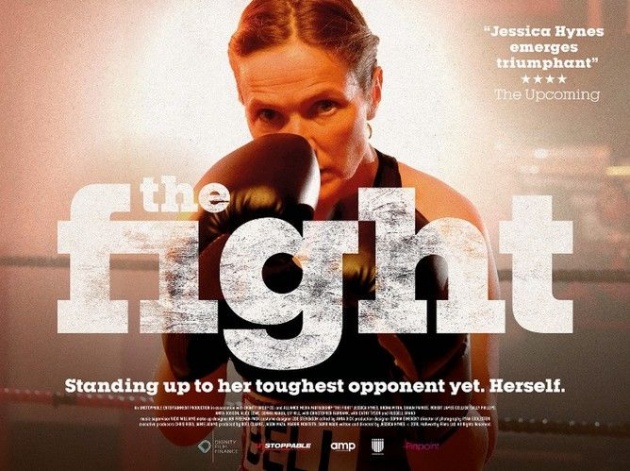 Pictured: The UK film poster for 'The Fight', written, directed and starring Jessica Hynes as a mother who steps into the ring (eventually) to sort out some issues. Poster courtesy of Pinpoint Films

The Fight, written and directed by actress turned director Jessica Hynes, breaks so many genre stereotypes that they ought to create a new award. On a straightforward level, it is about bullying. Mixed race schoolgirl Emma Bell (Sennia Nanua), the eldest child of three, is rejected by a former friend, Jordan (Liv Hill) whose mother, Amanda (Rhona Mitra) has gone through a painful divorce. Emma retreats quietly to her room, reluctantly acknowledging the call for dinner. We see her looking at her phone while family toing-and-froing takes place. The youngest child Jason is fussy. There is an argument about whether he knows what a strudel is. Whatever it is, by the time the father (Shaun Parkes) heads for work, dinner plate broken, the dessert is burnt and in the bin.

The mother Tina (Hynes) is struggling to find peace. She has taken up box fit to get rid of all her latent aggression and listens to the calming voice of a self-help guru (Russell Brand, in an atypical role) to find equilibrium. Her problem is her mother Gene (Anita Dobson), a fierce harridan who plays victim. She bullies Tina’s father, Frank (Christopher Fairbank) into an almost child-like state. Jason complains that Mum through a plate at him. ‘I threw it at the floor,’ she corrects him. At any rate, Emma’s suffering goes unnoticed by the family, disguised by the chaos of domestic business.

Emma does speak to her dad, Mick. The film presents a loving portrait of a mixed race marriage – white mother, father of Afro-Caribbean descent. He is sympathetic and interested in her. Emma writes poetry and reads some out. Dad sets it to music. The seeds of a possible way-out are planted but first Emma has to endure ostracism and having paper thrown at her by the bully and her chicken-clucking entourage.

Why are bullies so popular? Camouflage! Their followers are too scared to challenge them so hide behind them, giving the bully strength and legitimacy. What they really enjoy is the bully getting away with it. When Jordan is banned from the class talent show, ‘not compulsory but part of your overall grade’, says the music teacher (Sally Phillips), she is only seen on her own or with her mum.

‘Emma bullied me,’ Jordan tells her mother, lying profusely. The comment resonates. Many years ago, back in school, Amanda was bullied by Tina. This is the big genre twist. There aren’t many films that examine the life of a former bully.

Dad tries to keep Emma’s absence from school a secret but Tina gets a phone call. As soon as she hears that the perpetrator is the daughter of the former victim of her bullying, Tina wants to ‘change schools, look at other options’.

In the drama that follows, there are some significant omissions. First, we don’t see Tina and her husband discuss Tina’s past. She doesn’t explain why she behaved so appallingly. This is because her story is played out by the bully and her mother. It is the mother’s anger at the world that gives the teenage girl the licence to assert herself aggressively. 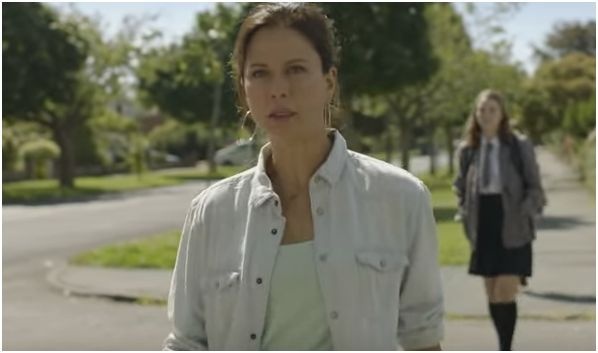 Latent aggression has taken over my country (England) with a surge of random acts of violence – stabbings, cars used as weapons. We look at our paralysed Parliament currently unable to decide the terms on which the country will leave the European Union and are made angry. It informs behaviour as individuals act decisively and in a brutal way in contrast to our prevaricating institutions of government. It is no way to live.

The Fight couldn’t be more relevant. Yet it is simultaneously being misleadingly marketed, as the poster image shows Hynes in the ring wearing boxing gloves. The audience is primed for another Girlfight.

Tina’s response is to take Emma to a home school group, the leader of whom is played by Alice Lowe, another actress turned director (see 2015’s Prevenge). She acknowledges that children are excluded from school because they are bad at things. She likes to talk about what they are good at. The example she gives is so banal that Tina does not wait until she is given ‘the stone of truth’ to talk about herself; she and Emma up and leave.

Emma’s only option is to return. Her teacher enters her in the talent contest. She gets into a pushing contest with the bully and Jordan is excluded. 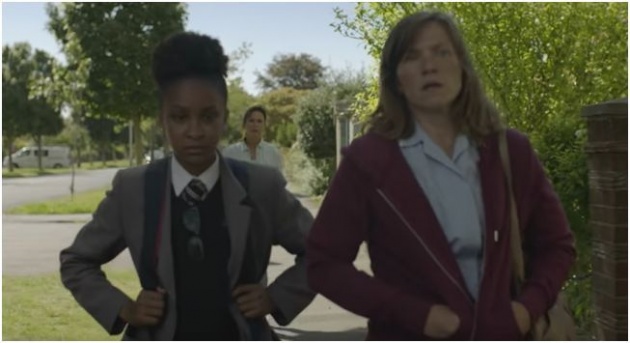 Pictured: Emma (Sennia Nanua) and her mother (Jessica Hynes) are followed by Amanda (Rhona Mitra) in 'The Fight'. Still courtesy of Pinpoint Films

‘Emma got me excluded from the contest, as usual,’ Jordan tells her mother, who promptly follows Tina and beats her up. Tina won’t fight her and comes home with a bruised face. She returns to the gym showing her injury to the boxing coach (Cathy Tyson, who utters the film’s first line of dialogue, ‘double jab’). She had previously refused to allow Tina into the ring to box properly, knowing the risk of self-harm in doing so. She tells her the story of her mother who often had falls or banged into things when father returned home drunk on a Friday night. Then she took up boxing and one Friday night, mum stopped having bruises. Dad never touched her again.

The other genre twist is that Tina is training to be proficient in a skill that she does not intend to use. The film teases a boxing match between her and the bully’s mother – the MC is also played by Brand – that is not the dramatic climax of the film.

The main action occurs when Tina’s father comes to live with her, having been hit with a pan. He is a benign presence, allowing the children to have ice cream. Eventually, he is given Emma’s room. There is a scene in which Tina and her father move a sofa that is a portrait of domestic bliss, illustrating purpose and capability, people working together. Tina’s mother has her issues. Her mother (Tina’s grandmother) didn’t want her. She was bullied. The dramatic confrontation occurs when Tina crosses the threshold into Number 22 (her parents’ address) and tells her mother that she really tried to love her, but the problem was that her mother never felt she deserved her and dad’s love. That made her the angry, frustrated person she is. Tina’s mother stands there, incredulous.

The casting is really impressive. Fairbank looks like a human punch bag, pulped to submission. Tina needs her strength to stand up to Mum.

In another subplot, Tina’s husband is referred to by his skin colour by Dave, a colleague at work. He eventually tells him that he doesn’t like it.

There are two dramatically strong scenes. In the first, tensions escalate when Jason won’t get dressed for school and runs up the stairs to escape his mother’s grasp. The incident blows up into a row between Tina and her husband. As voices are raised, Emma and her sister dress Jason in his school uniform. In the second, Tina witnesses a confrontation between the bully and her mother, the latter being told she’s a drunk. Her mother explains that her father couldn’t wait to leave her. ‘No, he left you!’ This prompts the bully’s mother to throw her mobile phone in a stream. Tina immediately rushes to the water to retrieve it. There is a quiet moment when both Tin and the girl are in the water, searching for the phone. Tina recovers it and hands it to the girl. They get out of the water and hug, before, slightly embarrassed, the bully walks away, processing what has occurred, all without dialogue.

So if a fight isn’t the big climax, what is? I won’t spoil it, but it is a moment when Emma has to get into a metaphorical ring (as it were) and perform. Her nerves almost overwhelm her but the encouragement of her father sees her through.

The Fight doesn’t offer catharsis in an obvious way. Rather it acknowledges the complex causes of aggression. Its message is that fights don’t solve anything, but strength (resilience) is everything. 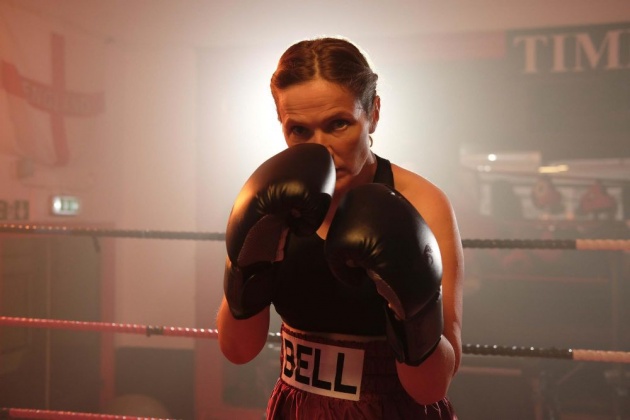