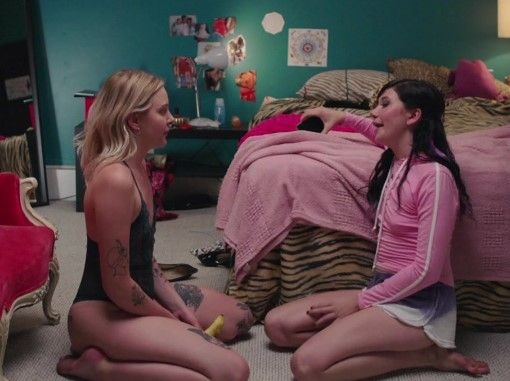 It is not a dream you can share with your friends or your family – Linnéa tells her mother she has undertaken an internship. It requires immense confidence and self-possession as well as a willingness to participate in degrading acts. You make new friends, girls who eat pizza and watch Game of Thrones - the film was shot in 2019. You recognise your rivals and act accordingly.

During her first performance, barely off the plane, Linnéa expresses misgivings. It’s a lot to take in. There’s no foreplay. You start naked. She is coaxed by the director. It is okay if she doesn’t want to do it. She just won’t be paid. We discover that she won’t be paid for partially filmed scenes either. She goes through it, breaking her Bella Cherry. The first twenty minutes emphasises the lack of glamour. It isn’t exactly sleazy, but essentially resembles a photoshoot for a glamour magazine, only Linnéa is modelling herself. She has twenty-five tattoos, including one on the side of her hand with her pseudonym on it. We wonder whether this will be an impediment to stardom. 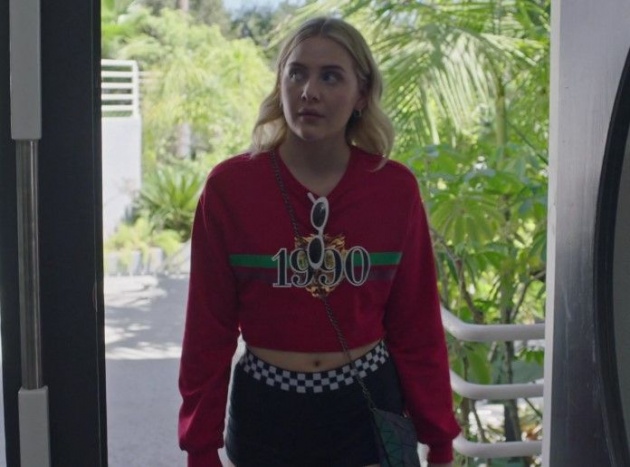 Boyfriends and sex outside work aren’t part of the deal. Hanging out with other models in a shared house is. Linnéa and her housemates are meant to build their own Instagram following. The Spiegler agency will only employ young women who have established themselves. Linnéa discovers this when she calls Mark Spiegler herself.  He appraises her through a car window at night, offering a dim view of her prospects.

Linnéa (as Bella) bonds with a no-longer-young performer, Bear (Chris Cock) who signs her in and asks her questions to confirm her consent. He gives her a lift after her first shoot, telling her that the most extreme sex is inter-racial. ‘Isn’t that racist?’ asks Linnéa. ‘Er, yeah’, Bear replies. He asks why she wants to work in the adult entertainment industry. ‘My father raped me,’ she explains. ‘No, really,’ replies Bear, who is offended by her insincerity. It turns out that this is what she wants to do. She has no other agenda. 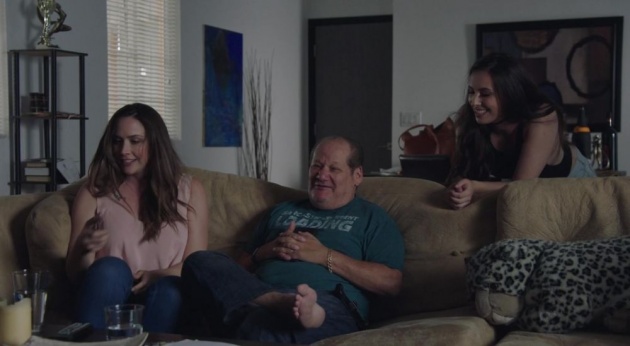 Pictured: Flanked by two associates, top agent, Mark Spiegler (as himself, centre) approves in a scene from 'Pleasure', a film set in America's adult entertainment industry co-written and directed by Ninja Thyberg. Still courtesy of Mubi (UK) / NEON (US)

Joy (Revika Reustle) becomes her best friend, but Linnéa really wants the status of glamorous Ava (Evelyn Claire), who presents herself in black negligees. Ava is the VIP, a top Spiegler girl. Joy tells Linnéa that Spiegler girls work all the time but have to be prepared to do anything.

For a while, Linnéa makes serene progress, meeting a female porn director at the party and consenting to being tied up and suspended in the air for a shoot. It’s very artistic and fortunately the rope, whilst marking her skin, doesn’t cause it to blister. But to be successful Linnéa has to do dangerous stuff. She consents to being abused by two men and then breaks down. Her on screen abusers console her – she was doing great. There is macabre comedy in their concern, one on each side, attempting to support her. The filmmaker is impatient and accuses her of wasting money. Finally, Linnéa goes through with the scene. In a rare point of view shot, we see the two men approach her. Then a cut to black. When we next see Linnéa, she is in her agent’s office, complaining that he did nothing to prevent her from being raped. She quits the agency, going into freefall.

Having practiced with ‘substitutes’, Linnéa prepares for the act that makes her a star, sex with two African Americans, Bear and Mike (Jason Toler). Bear tells her what to expect. The result gives her infamy.

In the finale, Ava and Linnéa are on the same shoot. In a scene between two women, Ava complains that Linnéa has a yeast infection. She won’t do the scene as suggested. Humiliated, Linnéa takes the dominant position and inflicts real pain. Afterwards, she takes her seat in the VIP section. It is a lonely spot. She sees Joy, dancing with friends. ‘I’m sorry,’ she tells Ava in the car afterwards. ‘For what?’ asks Ava. Linnéa mulls on this before asking to get out. Linnéa won’t pursue her dream at any price.

In spite of the setting, Pleasure is a fairly conventional tale of ambition threatening an individual’s humanity. Linnéa turns herself into a commercial brand but recognises that success doesn’t make her happy. There is nothing to be celebrated in what she does. Pleasure does an excellent job in dissuading young people from working in pornography, a creatively barren and soulless art.

Reviewed at The Garden Cinema, Holborn, Central London, Tuesday 14 June 2022, 18:45 screening, with thanks to Dazed Magazine and Mubi