Missing a dead twin is a recognised psychological condition. I remember when one stick of my Twix bar fell on the pavement and I was devastated. There is the twinless twin, whose twin sibling died in the womb. They feel a palpable sense of loss for a person they never knew. They are known as womb twin survivors. There is the Lone Twin Network of twins who have lost their other struggling to make sense of the world (600 members in 2013). Lone twins even have their own dedicated park bench (according to one report) in the National Memorial Arboretum in Staffordshire. Trying to get 600 lone twins onto said bench might be a bit tricky, even if they did take up gymnastics.  Characteristically, the twinless twin thinks a lot about death, as opposed to Twix bars which would be more beneficial in the long term. But being a lone twin is, I’m assured, no laughing matter. They are not even a recognised minority on most census forms, something which ought to be corrected; it’s not a mental illness, but something other. It is therefore strange that one of the first films about the subject, Adult Life Skills, from British writer-director Rachel Tunnard is a comedy. And you thought my references to Twix bars were in dubious taste – let me tell you, that Twix bar on the pavement had a very dubious taste.

Anna (Jodie Whittaker), Tunnard’s heroine, is approaching her thirtieth birthday. She still lives with her mum and gran but has taken to isolating herself in the garden shed, nipping to the house only to use the bathroom because sheds are not caravans – not even close. Anna works at an outward bound centre. I say ‘works’ but I’m not sure what she does exactly. To honour the death of her twin brother, or maybe because it is just something to do, she makes twee movies on her home video involving thumb puppets – actually naked thumbs. I should warn you of that because this is a fifteen rated movie. In the build up to the big 3 – 0 (that’s likely to be the score that England will lose by in their deciding Euro 2016 match, on account of striker Wayne Rooney not staying off the Twix bars), Anna’s best friend, Fiona (Rachael Deering) comes back to town, hoping to shake her out of her funk, or into funk if that’s the kind of retro music she digs. Anna, who actually digs shed puns – you know, Shed Zeppelin, Dawn of the Shed but not Shed Poets Society which would be more appropriate – spends much of the movie bonding with, then not bonding with, young Clint (Ozzy Myers) a boy in a cowboy outfit who doesn’t fit in because, naturally there are no cows, this is a flippin’ outward bounds centre. Get a grip.

Tunnard’s brand of humour isn’t laugh-out-loud funny. It’s not even funny, mainly because it doesn’t feel truthful. I mean if Anna can post her videos online in a dedicated website set up by her late brother (Edward Hogg) – seen in said opuses – then she can look up the Lone Twin Network. In as much as Anna has an adult relationship, it is with the equally quirksome Brendan (Brett Goldstein, Superbob). Tunnard cast Goldstein because she didn’t want a Man to be the answer. Heck, Brendan isn’t a question.

So if you want to know where individuals unable to cope with life all end up, it’s an outward bound centre – seasonal employment at best. Tunnard doesn’t tackle lone twin syndrome seriously. It is a means to an end, not wanting to make a traditional romantic comedy. 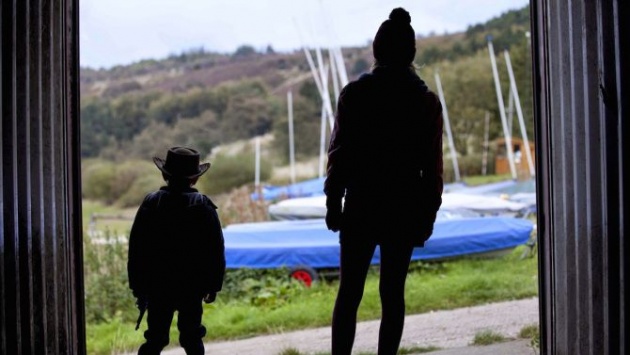 Clint is going through hell. As far as I can make out, his mother is in hospital being treated for cancer and he is put at a distance. This is the most real thing in the movie, in as much as it is about evolving emotional turmoil, so why didn’t Tunnard (literally) change the subject? Clint comes across as one of those irritating, needy kids who don’t even try, but really he deserves our sympathy. Neither he nor Anna really talk about stuff. Their coping strategy is about displacement. Clint admires Anna because she has found a way to deal with loss, but on screen he’s an irritant.

It’s a bit much – and in said dubious taste – to want a rounded portrait of a Lone Twin but Adult Life Skills is definitely missing something. If every character is somewhat off the scale – her mother Marion (Lorraine Ashbourne) responds to Anna’s emotional inertia by asking her to move out of the shed – then you want there to be a reason to justify the world of the movie, or at least a few more laughs. The biggest crisis for Anna in the film is the threatened loss of the sibling website. She paid the renewal fee, we saw her.

Adult Life Skills has its admirers, winning Tunnard the Nora Ephron Award for screenwriting at the 2016 Tribeca Film Festival – I don’t know how it was received, I was watching Children of the Mountain at the time. It should be applauded for drawing attention to a little known condition. I’m not sure if there really is a cure for Lone Twin Syndrome, but there is comfort in talking about it. Tunnard’s film may serve a purpose. Whittaker gives a good central performance – she and Tunnard are mates – disguising her pregnancy during the making of the film, which would have undermined the whole point.