A Lenten Season Blog: Vines in My Friend’s Cabin 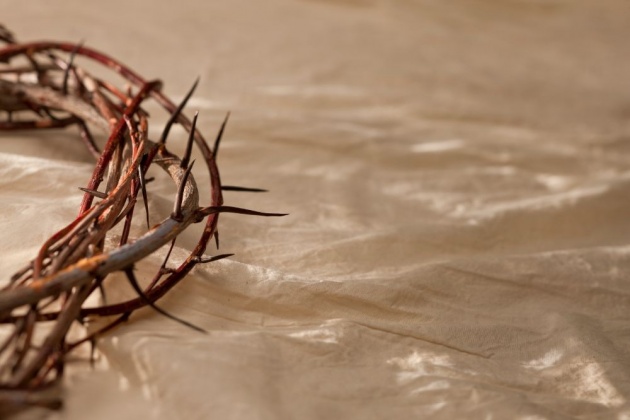 This is an innovative kind of blog especially intended for the Holy Week, whatever your belief in life I hope you will respect my two new blogs (based on a true story) which expresses at the end about Jesus and some realization about life.  I hope you will be inspired and will learn something.  God bless us all this Lenten season. 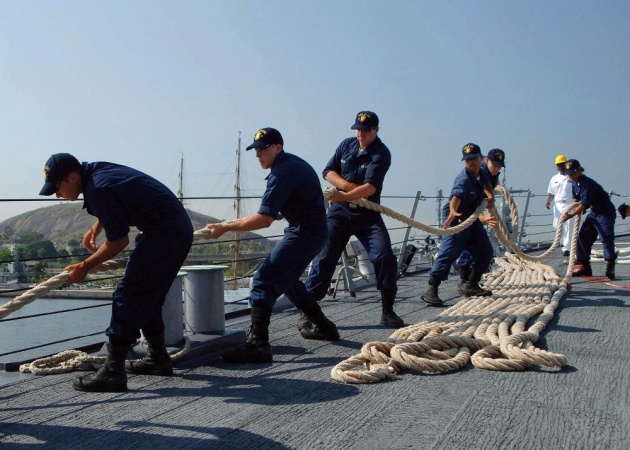 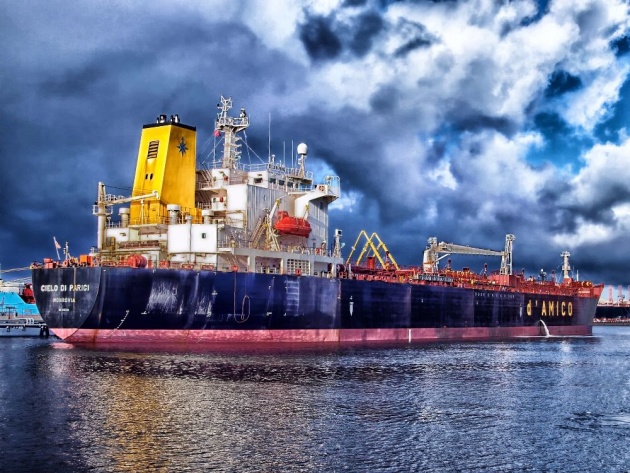 Seamen before getting on board (LOL)

My friend is a seaman. He goes on board ships and work there for his family. He shares to me that he misses them always especially when the day’s job order is done and he has to go to rest in his room or cabin. He just had to comfort himself and make some things in order to enjoy his stay on board and not feel lonely every single time he thinks about the people he loves who are far away from him across the seemingly vast and limitless oceans with no land in sight. That is exaggeration. You know what I really mean! 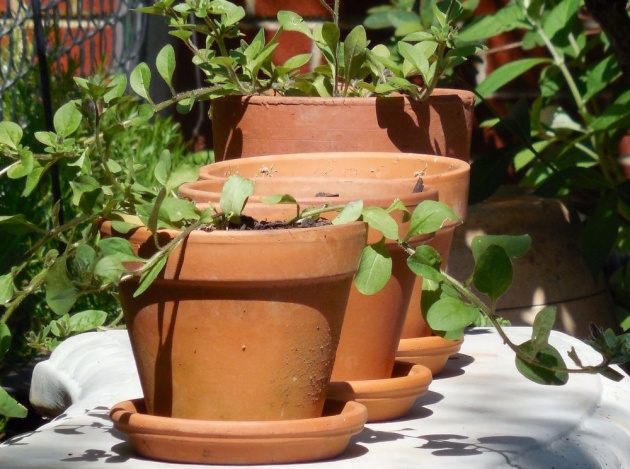 He readily received and accepted it because he knows that it will add a little embellishment, decoration, color, or even happiness and light in his room or cabin. You know what happens to people when they are away from their loved ones? They go crazy! Oh, before you get angry with me and throw things at me saying that I am very insensitive in the words that I used to describe him, I would like to beg you not to take that statement seriously. That is sort of a joke for him, for us, Overseas Filipino Workers or who are commonly called OFW's in the Philippines. As for my friend’s case, he and his fellow seafarers just love to make their ship as homely as possible so that they will not feel nostalgic and lonely. He could have overcome those feelings by listening to calming music, doing laundry, talk to his fellow seaman, or watching some action movies and television series. Yet at this moment, he chose to do some planting or sort of gardening inside his own room!

Now, every single day, he has to open his dusty toughened glass window (or, they call it porthole, a jargon of the seafaring world) in order to let the fresh and hot sunlight and air pour and sneak in to his room or cabin. Plants need them (as if you do not know!).

As soon as he received the brown pot of plants, he tried pruning the vine (Click here to know the easy tips of pruning your plant.). There were many dead and crunchy leaves. He had to try pruning the vine as vigilant as possible because even the tiny and big green leaves are easily detached from the stem of the said vine. When all was done, the vine looked wonderful and awesome. It became greener and had more life into it than ever before. Now they can exchange something to each other. Well you know what I mean. He needs its oxygen and it needs his carbon dioxide. Forgive me. I am not going to be a science teacher in this article. I just want to put some cliché information, and I like it.

By the way, what is pruning? According to Wikipedia, “Pruning is a horticultural and silvicultural practice involving the selective removal of certain parts of a plant, such as branches, buds, or roots. Reasons to prune plants include deadwood removal, shaping (by controlling or directing growth), improving or maintaining health, reducing risk from falling branches, preparing nursery specimens for transplanting, and both harvesting and increasing the yield or quality of flowers and fruits. 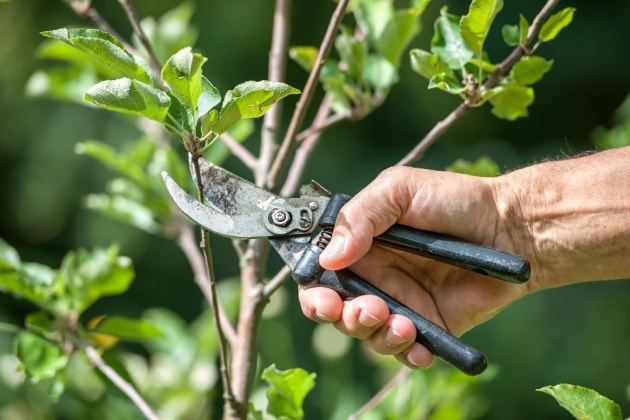 The practice entails targeted removal of diseased, damaged, dead, non-productive, structurally unsound, or otherwise unwanted tissue from crop and landscape plants. In general, the smaller the branch that is cut, the easier it is for a woody plant to compartmentalize the wound and thus limit the potential for pathogen intrusion and decay. It is therefore preferable to make any necessary formative structural pruning cuts to young plants, rather than removing large, poorly placed branches from mature plants.

Specialized pruning practices may be applied to certain plants, such as roses, fruit trees, and grapevines. It is important when pruning that the tree’s limbs are kept intact, as this is what helps the tree stay upright. Different pruning techniques may be deployed on herbaceous plants than those used on perennial woody plants. Hedges, by design, are usually (but not exclusively) maintained by hedge trimming, rather than by pruning. 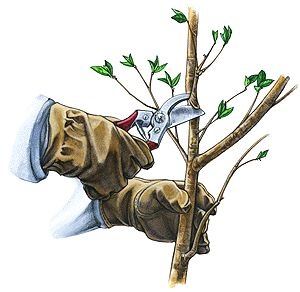 In nature, meteorological conditions such as wind, ice and snow, and salinity can cause plants to self-prune. This natural shedding is called abscission.”

In short, he did it right!

You see when a vine or plant is pruned it grows better and healthier. It will display more glory than before the pruning was done. In this I remembered Jesus' words in the Gospel according to John, chapter 15. It starts with Jesus saying that He is the True Vine and the Father is the vinedresser who takes or casts away branches that does not produce fruit and prunes the ones that does, so that it will produce even more. Then it goes on with this, “...without Me you can do nothing. If anyone does not abide in Me, he is cast out as a branch and is withered; and they gather them and throw them into the fire, and they are burned." (NKJV) 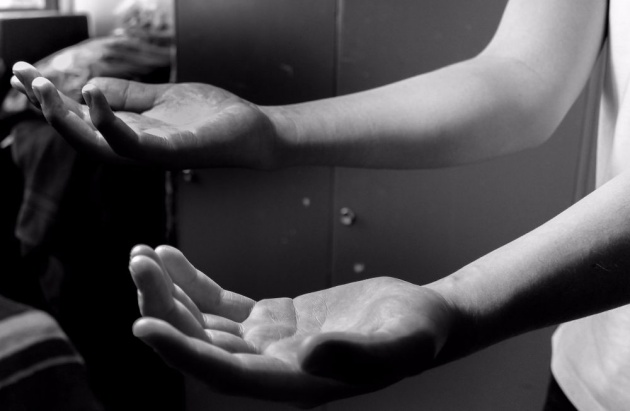 So for us Christians, we must remain abiding in Christ. If we do not, we will not bear much fruit, and if we will not, then we could still be cut off from the True Vine. So let us not cease in bearing fruit and spreading the Good News. We do good works not because it will make us saved but because we are saved already. By then, we are already engrafted in the True Vine.

We are Christ's ambassadors or representatives. We are saved by grace—an undeserved favor—so we must let the people know that they can be, too!

We do not just settle in a literal vine in our rooms, cabins, vineyards, backyards, lawns, or houses. We have the whole world—all nations, tribes, family members, relatives, loved ones, friends, co-workers, etc—to tell that they are destined to be part of the True Vine who is the Lord and Savior, Jesus Christ!

Things Filipinos Do at Christmas

Hi. Photo Source: Staff Report(filipinotimes.net) It's been a while since I wrote my last blog. How…

Photo Source: Gloria Seloza via PNP Photo(update.ph) Yes, they are brave in whatever aspect youcanpu…