A Letter To All Supernatural Beings! 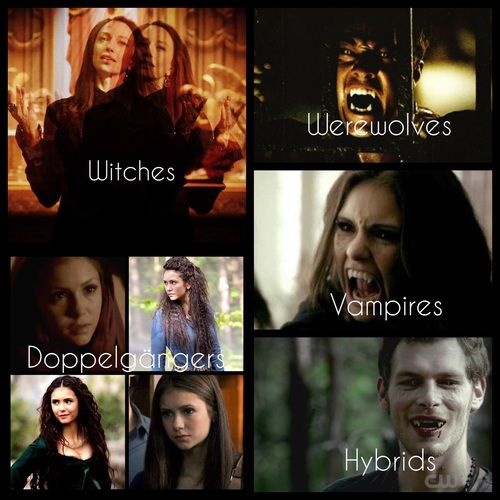 I humbly request you all to do your jobs. About a 1000 years ago that’s what you did! You killed for PLEASURE and FOOD obviously. You actually had a reputation back then. People feared you because you caused devastation wherever you went. You left blood, screams and horror in your wake. Mothers would scare their children into sleeping early, and obeying them, by taking your names, telling them that if they aren't obedient, you'll take them as your food while they are asleep. People wouldn't come out of their houses for the sake of their dear lives. You were the hunter and they were your prey.
Well, at least you looked a little evil and scarier back then. 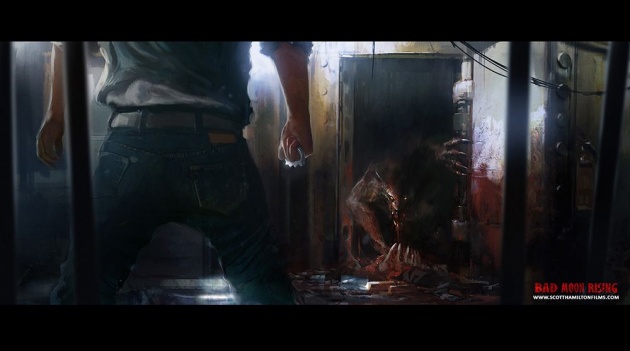 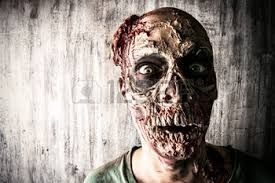 Vampires: You are no doubt beautiful and charming but is that what you’re suppose to be like? Vampires are suppose to lure people in their charms and kill’em or you know better “drain them dry”. But is that what you’re doing? Look at the shiny, diamond like Cullens (from Twilight)!!! I’m telling you they’re jeopardizing your reputation.  The reputation you've worked so hard to build. ‘Cause girls do not fear you hunks they like you… Hate to break it to you, but that’s what you’ve become, shinny cute and hot in the words of any girl fan-girling over you on internet. Vampires of older times not only fed on their prey’s blood but they fed on it’s fear as-well. Learn from the legendary Dracula,  he made a name and you’re ruining it. Sure, the macho hunter Van Helsing got to him, beheaded him and ended his mini apocalypse. But shouldn't you be carrying on the same mission. You are more of tamed kitties now. No offence! Furthermore, aren't you supposed to sleep in coffins?  Or are you afraid of the dark now? Cullens  don't sleep in the coffins. Shouldn't you be avoiding sun? or Light?
And since when the were-wolves became good buddies of yours? I thought you two were supposed to be the sworn enemies tearing each other apart. And are you not going to avenege the Dracula's murder? Your entire race was almost erased from the face of this planet. So far, only the Mikaelsons are trying still to remain evil. Yes, I'm talking about "The Originals" But they too are softening. I mean Elijah is a softy... Klaus sure is a hardcore one.. still having  a hybrid child has softened him up too. You need to worry about this falling reputation of yours or you'll be reduced to iota.  Good-luck! since the luck is kinda hard on you.

Vampires Back in the days and how they are supposed to look like! 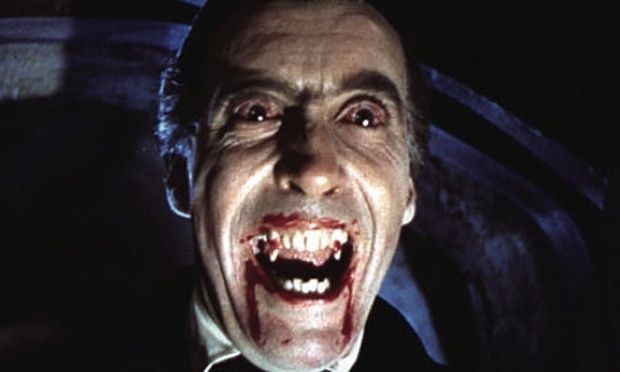 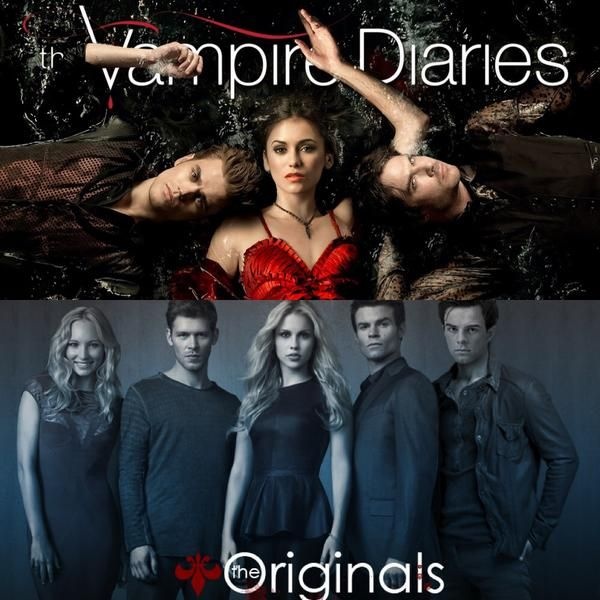 So, Do you feel the difference now?

Werewolves/Lycans: Ah! Once upon a time were you not feared by every mortal and Immortal? With your strength and the bulky, humongous wolf forms-a perfect combo-you brought even the immortals to their knees. You were feared and respected. And you, the Lycans; being able to transform at desire is more of an advantage than  a curse of any devil. Nay? No more enslaved to the full moons you guys can turn at wish and out-run anyone in my list of top most fearsome supernatural creatures. I kinda liked your performance in Underworld Awakening. But seriously an affair with the vampire chick? No offence you peeps are suppose to be bloody and wild and not tamed! You've become cute and tamed as a pet puppy. Get a Life, do your job, claw their hearts out and eat’em. Or have you too forgotten your ancestors and their traditions? You have instead adopted human traditions and cultures just to mingle. huh!? seriously? One day people wouldn't fear you anymore. They would treat you like puppies and dogs! I mean do you want that? A leash around your necks. Is that what you want? tsk-tsk! At least once upon a time the howls at the moon scared the living daylights outta some people. But now it’s just……!! I feel pity on you folks. Better have it figured out before…!!


Werewolves/Lycans back in the days and how they are supposed to look like! 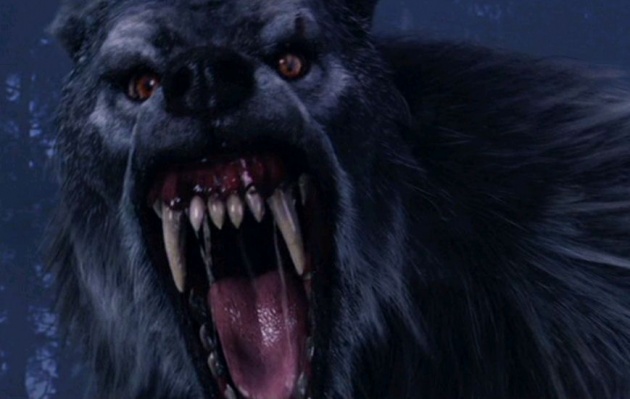 
How do werewolves/Lycans look now a days! 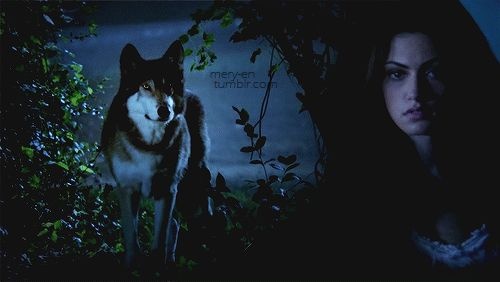 Not sure if its a dog, wolf or werewolf? Don't worry, you are not the only one!


Witches: Thumbs-up for you old ugly hags. No offence and I'm damn sure you have taken none for you are ugly enough! Aren't you the sneaky and artful dorks? Always hiding "Hoax-Bags" and making "Vodoo Dolls".You folks kill your preys rather mercilessly. Hmm-mm! At least someone’s doing their jobs. But don’t forget hunters are out there beheading you ugly hags! And you need to keep them at bay. Because there aren't many witches left according to many surveys. Many of your generation were killed during the 15th and 18th centuries. Tens of thousands of people were executed in the name of witchcraft and wizardry. This should be more than enough to boil your thick blood and set you on fire and make you want to avenge your dead mates.
I must admit however, your performance in "The Originals" is quite impressive. Oh, how you mercilessly killed the vampires and the wolves. But really you just had to eradicate some of your own? Whatever happened to sisterhood or shall I say "witch-hood". You witches choose the goriest ways of killing.  Keep it up. You might win the grand prize for being gory and ugly! Well! That's something. Nay?
However got a warning for you too. The Spellsmen! Yes. They're way too nice. Just a  little too nice. Saving the world with magic. Helping neighbors...Jeopardizing your ugly built-up bad-will. You can fix the damage though. 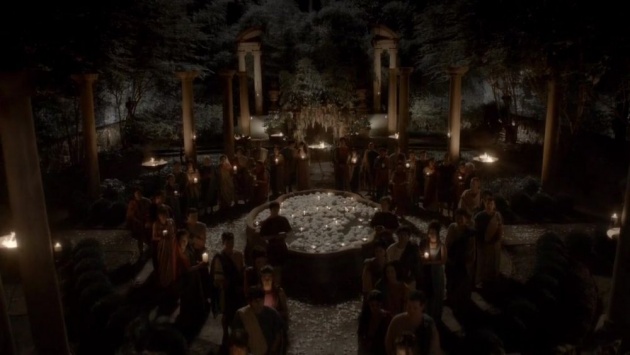 Shapeshifters: Well, can’t really say you ought to be friendly but somehow I don’t expect anything bloody from you guys. To be honest, your disgusting shedding is all you have left with you! I have seen and read a lot about you folks though . Aren't you just…well… it’s clever taking someone’s form and killing them.. Hell i say smart. *Applause* Try to be scary though. You’re like a scarecrow trying his best to scare crows but failing epic-ally. Look All i’m saying is you’re not suppose to be humane. You’re suppose to be killing people, taking their skins which is yuckyyy by the way! And guess what? You aint in my top scary list anymore. haha! You need to work
on that reputation of yours. Goodluck!

Gross yet amazing Isn't it? That's what I was talking about!

Fallen Angels (Lucifer and other): Well, well.. Look who its come to.. The fallen Angels. Among which, the most powerful is the infamous Lucifer! The Angel who who is the king of hell and all demons in existence!
Well you gotta give it to 'em that Lucifer characters have been doing a really good job. But, that only lasted until Lucifer took over "Castiel's" body! Well Castiel was a bit too simplistic and decent to begin with. Which makes watching him as Lucifer a lot more fun rather than creepy! Dont know about it? Let me just show you what I'm talking about.

Now, you should be able to understand what I was talking about!

Demons, Ghosts, Phantoms: Oh You folks just won my heart couple of times Until casper started acting all  cute. And now Ghosts are cute too :/ Careful that kid is a threat to your very fine spooky Reputation. People fear you. I dont ’cause Dudes we exorcise when you possess. Period. But of all the supernatural thugs you peeps are doing great. You’re playing your part perfectly. And isnt it why you’re famous? Everyone loves FAME *winks*

From the rest of you, I’m a little disappointed. Aliens have been hot-zoned by writers and authors. Come-on you all have been hot or cute zoned. Is that how you’re suppose to be? Time to earn that old epic reputation of yours back. Time to get ugly. Time to rise and kill. So these hunters would stop having beer sitting around the camp fires at nights (which is actually their hunting time), sharing their legends with each other! So, to all the Supernatural Creatures, come out of your hiding holes for Christ's sake!! Live openly, freely, wildly. :’) I’m on verge of tears now! I hope it’s enough to make realize what you were and what you’ve become.

So for the last time, go out there and show 'em what you're really made of!

Thank you for taking out sometime to read it! :)

NOTE: @Micky I had this on another blog at wordpress. Shouldn't be a problem because i deleted it from there. But in case you still see it present there.. As the FAQ suggests that you can post your own work from other blogs too! It was at wordpress.com. Deleted now..

The Strain - The Master

Image Credit: Wikipedia "The Master" is episode thirteen of season one of The Strain, a vampire horr…

Image Credit: Wikipedia "Last Rites" is episode twelve of season one of The Strain, a vampire horror…

The Strain - The Third Rail

Image Credit: Wikipedia "The Third Rail" is episode eleven of season one of The Strain, a vampire ho…

The Strain - Loved Ones

Image Credit: Wikipedia "Loved Ones" is episode ten of season one of The Strain, a vampire horror se…