Abe Laboriel Jr. – Classic and Funky drummer of the decade 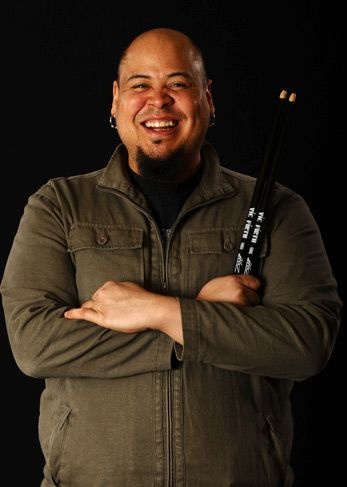 There are drummers across the world, but only a few are stated to be on the funkier side. Out of all the names in the music circuit, Abe Laboriel Jr. will always be mentioned. Reason behind this popularity is the unique style of drumming and the funny nature that he has. Abe Laboriel Jr. is an American drummer who has worked with some of the noted names of the international music industry. Renowned musicians like Sheryl Crow, Sting, Chris Castle, and Eric Clapton are some of the names with whom Abe Laboriel Jr. has worked.

Abe Laboriel Jr. is the son of the renowned bass guitar player Abe Laboriel Sr. When Abe Laboriel Jr. was at the age of four, he started experimenting with drums and had a passion to be a drummer. Some of the finest percussionists like Chester Thompson, Alex Acuna, Bill Maxwell and Jeff Porcaro were there for Abe Laboriel Jr. as mentors.

For all you metalheads out there

Getting excited for their first album!!…

An actor becomes a star when they find the right register. In Robert Downey Jrs case, its fast-talki…

John Bonham – The greatest of all drummers

The master, the insignia and a pioneer in the world of heavy metal drumming was John Bonham. Born in…