Proverbs are phrases or sentences or even compound nouns that help people communicate in a better way. Afghan people have got lots of interesting proverbs with even books of meaning. They use proverbs and sayings in order to understand one another in a better manner.

They, in fact, have inherited these proverbs from their ancestors. The ones who have torn pairs of clothing in different stages of their lives, and have made shorter the hours of discussions are not alive now. But, their proverbs are still alive and will be for centuries.

The following proverbs are those that Afghan people usually use in their daily conversations and other talks. 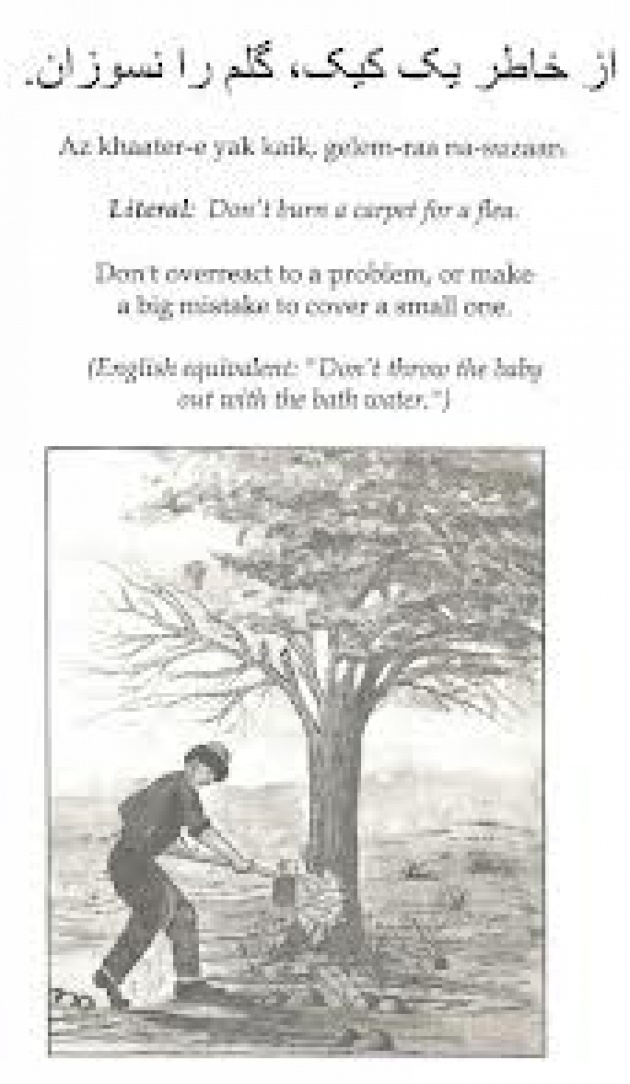 A mother won't give milk to her child until he cries.  ناخواسته چيزي به دست نمي‌آيد

This is the era of Social Media and every single person is active on it. Every one share something I…

in the time i missed something, i realize that it was YOU after all alleviate means relieve algio me…