Yet again Afghanistan witnessed one of the most vicious acts in the history of humanity.

A 19 year old Afghan woman was stoned to death after being accused of adultery in a remote area of western Ghor province, which is controlled by the Taliban.
A horrific footage of the incident circulating all over the social media shows the woman, named as Rokhsana, is put in a hole and several men in turbans reciting the Kalma--La Ilaha Illallah Mohammad Rasullilah--are throwing stones at her. Rokhsana's cries can be heard in the footage, but there was no one to help her. She was stoned to death in the name of "Islam".

Rokhsana's family had arranged for her to be married to an older man against her will. In search of a better and happier life, Rokhsana attempted to run away with a man her age, whom she loved, in order to be married.

The Taliban is blamed for this barbaric act, which is believable because they are known for their public execution and stoning of women. But, there are many religious scholars and tribal elders in many parts of Afghanistan's vast rural hinterland who entrench fundamentalist values, which are against the teachings of Islam. And, the women are always victims of these fundamentalist values.
Those involved in the stoning of Rokhsana should be asked about the true teachings of Islam. Islam does not allow forced marriages. One of the conditions for the Nikah (marriage ceremony in Islam) to be valid is both the man and woman are asked independently of each other as to whether they agree with the marriage or not. If either of them say 'no' then the Nikah cannot continue. Rokhsana's consent to her marriage with a 70 year old man was not asked.

Stoning is not directly stated in the Quran, but it was carried out during the early days of Islam. The few cases of stoning from the early days of Islam are reported through Hadiths. The rules and conditions for stoning are highly strict. The foremost condition is that 4 witnesses, who have witnessed the act of adultery with their naked eye, must testify. When Rukhsana's fate was decided as per "Sharia Law", who were her witnesses? Her stoning was based on a Fatwa issued by a "local anti-government militant commander who had proposed her to marry with his younger brother." (Source: Khaama.com)

The Afghan Constitution recognizes Shariah as well as civil law. However, the Shariah Law is not practiced in Afghanistan as per the true teachings of Islam. It is the fundamentalist values that have taken over the minds of many Afghans. The fundamentalists are strong enough to stir people's sentiments and influence them to believe these values to be the true "Islamic" values.

A dozen of other men from the area participated in the stoning of Rokhsana upon hearing that she had committed adultery. Nobody bothered to question the matter. It is the religious sensitivity that has become the supreme source of legitimacy rather than the legitimacy of the true Islamic law and state law.
Farkhunada became a victim of these same fundamentalist values that have found an audience in all levels of society. The mob attacking Farkhunda grew in number as soon as they would hear that she burned the Quran. And, burning the Quran entails a strong religious sensitivity. The mob, driven by this religious sentiment, did not want to investigate the matter first. 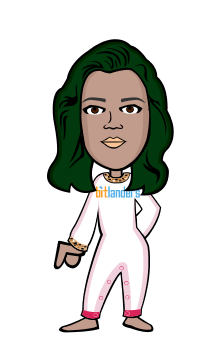 Malala Yousafzai - An example of bravery

Pakistan Army is the land based service branch of the Pakistan Armed Forces ....It came into the exi…

Cordoba mosque, the church is being converted