Afghanistan's Interior Minister, addressing National Security Council, complained about the House of Representatives’ interference in his work. These meddling include explaining and justifying conferences and representative’s illegal demands from the Interior Minister, Mojtaba Patang. According to him, in the recent four months the House of Representatives 32 times and the Senate 14 times have summoned him to explain. What is more alarming is the Minister’s claim that in the past four months he has received about 15200 petitions in different affairs from the representatives. This claim may raise the assumption that there have been constant political tensions between Legislative and Executive branches, and the statement itself originates from these tensions. Since this is not the first allegation of corruption in the House of Representatives, it is not easy to ignore it. 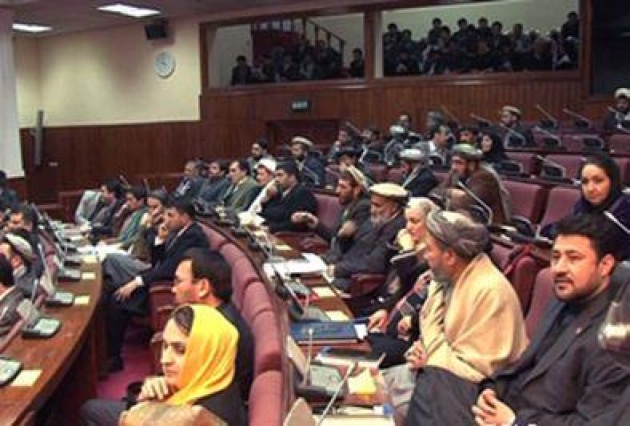 Nevertheless, what is disappointing is that in the Nation’s House where rules and regulations are passed, we can see bribery, egotism, and abuse from the positions; although, people expected from the House of Representatives to prevent fraud in other governmental offices and not to have an ax to grind.

On the other hand as it is writing in an article in Tolo News members of the Afghan House of Representatives expressed concern over existence of corruption in Supreme Court on Saturday. After choosing Abdul Malek Kamawi, as a member of the Supreme, the MPs said that some cases are decided in the absence of the sides and not in accordance with the rules of the Koran and the Afghan constitution.

"Today, the Justice sectors have taken distance from the Koran, they don't decide about cases in accordance with enforced laws in the country, this is a major challenge," Kabul MP Erfanullah Erfan said today."We call upon the Justice sector not to ignore the laws in their court verdicts," he added."You should promise to fight corruption, corruption exists in justice sectors," Panjshir MP Zaheer Sa'adat told Kamawi. Abdul Malek Kamawi promised to fight corruption and said that the Supreme Court has always been the main organ to fight corruption."There is undoubtedly corruption in the government institutions, but I promise to fight against corruption as always," Mr Kamawi stressed."The Supreme Court has always been the leading organ fighting against corruption." However, Kabul MP, Ramazan Bashardost said he did not believe that such promised are made honestly. (from Mandegardaily and Tolo News)

Farhad Sharify was born on December 28th, 1988 in Herat Province, Afghanistan. Completed his early educations at local private schools up to 6th grade, then enrolled to Sultan High School in 2001 where he got his Diploma in 2007. As he was interested in English, he went through English Literature…