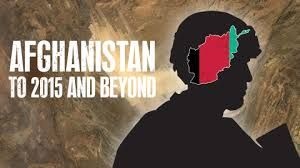 Let’s build back Afghanistan back to its wonder days with trading activities. A country located at the heart of the ancient silk trading route activity. A landlocked nation in order to recover, thrive and develop in modern times will bear to enhance trade ties between its neighbours like Pakistan, China India or Iran. The silk route which was most active between 300 BC to 200 AD where people from widely separated locations participated in the trade network by adding various goods to the caravans as they used to pass through diverse markets

The Silk Route was a varied network of trade routes that linked cities, trading posts between the Eastern Roman frontier in the Middle East to the Chinese frontier, with other paths going north through Afghanistan from the Indian Ocean to the Siberian Steppe. Trade persisted along the way, ivories from India, horses from Siberia and Mongolia, rubies and garnets from Afghanistan, and carpets from Persia and northern Central Asia.

Afghanistan is endowed with a wealth of natural resources including extensive deposits of natural gas,petroleum, coal, copper, chromate, talc, barites, sulfur, iron ore,lead, zinc, salt and precious and semi precious stones. The economy’s bulk share can encompass on the trading activities on their huge natural den of resources.

Traveling for me is fun.. I love going to other places and explore something and make friends. I feels like I experience a lot when I do this. :)

Happy rose day to every onehope all of them get roses…