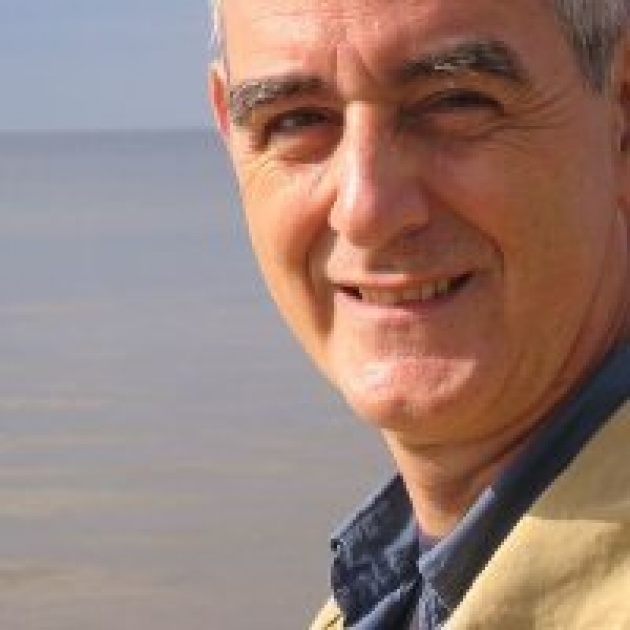 Below is an interview of him about digital media and performing arts in Afghanistan, Central and South Asia.

FA:  Please tell us about yourself and  your background

AC: I was born in Rome, Italy, in 1953, from a very mixed origin. My ancestors immigrated to Italy from France, Greece, and Spain between the 11th and the 16th century, and I was brought up in a German speaking environment. After university, I traveled and worked extensively in India, Europe, and North America. An Orientalist – academically speaking – I've been a museum professional by trade for now almost 35 years.

FA: Can you tell us about career  and the philosophy behind it?

AC: I started working for the Cultural Heritage department of the City of Rome and its museums back in 1978, first as a facilitator, so to say, between the artefacts and the different audiences a museum opens to, afterwards as a curator, now as the head of a documentation cenetr hosting an archive, a library, and a photo- as well as a mixed media archive focusing on contemporary art. Not an art historian in a strict sense – my main subject at the university had been Economic and Agrarian History of the British Raj, in the Indian Subcontinent – I've always tried to blend in curatorial issues and technological ones. This brought me for the first time to Canada and the US for a long survey about digital solutions for museums and libraries, way back in 1986, and this same approach inspired my networking efforts between my institution and other ones on an international level. Even my subsequent career as a free lance consultant – both for UNESCO and for other international institutions in the Baltic area and in Central Asia, starting from 2005 – and most recently as one of the founding members of OSACA, the Open Source Alliance of Central Asia (founded in Kabul in 2011), have kept technology as a key factor in managing cultural heritage issues. 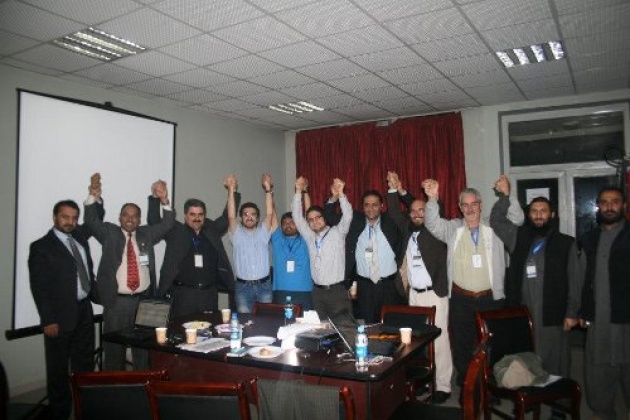 FA: What do you look for in the projects and partners you work with?

AC: The more I grow old in my trade, the more I'm attracted by projects and partners that present both challenging, interesting aspects, and a low budget. What I am trying to convey – to my colleagues both in Europe and in developing countries like those I like working in (and Afghanistan is definitely on the top choices of my personal list) – is the need, and the possibility, to reformulate, and even to rethink, our theoretical approach, our tools, and our solutions in order best to adapt them to different a context. This requires a great deal of creativity, but it is precisely this to make such projects so challenging and interesting at the same time.

FA:  What is social media's role in your business? How much do you use it and how?

AC: I started testing social media's potential nearly five years ago, launching some experimental programs for my institution. Though at the beginning I was mainly interested in a quantitative approach, aimed at maximizing an institution's public information impact, in time my approach changed considerably. Now I'm rather fascinated by the qualitative aspects of change and impact that social media can have. This ranges from low cost backstage and networking activities in cultural institutions – like mentoring junior colleagues and optimizing institutional communication – to robust effectiveness in second line crisis management tools, as we but recently experimented in the aftermath of Italy's earthquake in 2012. The potential of social media is enormous, however, and so is its economic advantageousness, since mostly we are speaking of FOSS and cloud-based solutions. Thus, we can really say that the only limit to them lays in our imagination.

FA: Can film making influence a digital, cultural revolution? If yes, how so?

AC: An image – goes the old saying – is worth more than a thousand words. Much more so are images in motion. Though we should of course always remember that no tool is neutral, and that there is no such thing as an objective rendering of reality, portable digital media are a cultural revolution per se, intrinsically. The fact that I can record a key event right on my smartphone, push a button and have it uploaded to the cloud, from where it can be copied, disseminated, and worked with uncountable times, changes a whole lot of aspects in contemporary life: from the way news are gathered, triaged and disseminated, to the changing role traditional info-media are forced into.

AC: Again, we have to think of the new, liberalizing role FOSS and the cloud have, if we confront today's setting with the one where information and education had to rely upon more static, hierarchical institutions and procedures. To the previous top-down dissemination of knowledge we have paired a networked, shared knowledge, where – like in wikipedia, and in its more recent project focused on historical buildings worth knowing – everyone of us can become an editor. Of course, new possibilities and new opportunities also mean new challenges. The first one I would think of is the reliability of our new, networked information sources. But from what we can see from many a shared knowledge project, peer control can be a rather strong counterbalance to improvised expertise. We do need time, in order for such a new knowledge sharing model to assert itself in a reliable form. But in my opinion its roots are sound, and so is the model – thus, we can't but expect the results to be more than acceptable, in due time.

FA: Can Central and South Asia be the cradle of a new economic growth with its cultural and economic diversity?

AC: Central Asia has been a crossroad not only for conveying goods from a wide range of countries to faraway other ones from the early Bronze Age onwards, at least, but also for sharing and blending together different cultures. Let us just think of the exquisite artefacts of Gandhara sculpture, where Greek models and South Asian ones become something brand new and never heard of! Thus, Central Asia has really been a melting pot of inspirations, and a real cradle of civilization through the ages. Never mind the many negative events that dotted the area through the centuries. We should always consider civilizations as a stratigraphy of cultural elements, of different colored threads waved together to form a unique rug. From this point of view, I remember astonishing a good friend of mine, an economist from Poland, to whom I said, when we were speaking of the Jalalabad / Khyber pass area: “Oh yes, it is a Buddhist area...” - what I was meaning, of course, was not that it was presently so, but that its roots are sunk (also) in an era of widespread Buddhist presence. That, the previous civilizations rooted there, the strong influence of the Islamic civilization, as well as the area's interactions with the British Raj in India in the 19th century, are all elements that give to that area its peculiar, distinct flavor. I have no doubt that blending into the picture the infrastructures, tools, and procedures of a digital knowledge civilization would boost the economic potential of the whole area.