All for One or One for All? 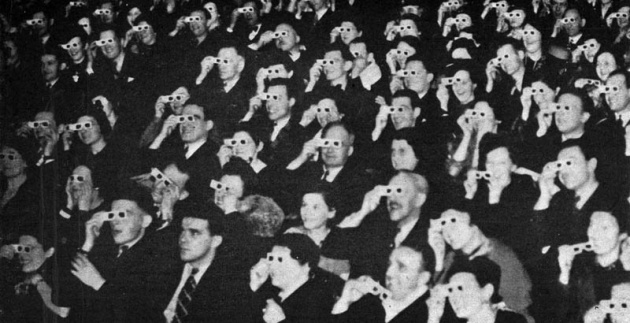 On a previous blog, I discussed the notion of premiering a film. Eren Gulfidan, a fellow Film Annexer, commented on the post sharing a Tribeca Institute interview with Paul Schrader in which Schrader mentions the ‘myth’ of the communal viewing experience. Eren’s comment and Schrader’s interview pose some interesting questions for creators of independent films when they consider where to  distribute their films; Do you go online or in cinemas, and however you do release the film, how involved are your audience?

Specifically, Schrader questions the cinema going experience for audiences in today’s society. Essentially, he asks “would you really prefer to watch it in a theatre” rather than in the comfort of your own home?

The idea of going to a cinema as a communal act is one that Schrader suggests is not an inherent characteristic to film, because as he points out ‘on a nickelodeon, [...], only one person could watch the movie at a time’.

Should you release your new project at a venue based premiere, and then intend to distribute the film online also, are your audience really going to want to see it again at home?  Often, the venue based premiere can increase the amount of interest for the online distribution. The excitement and buzz created from an interactive in-person release can lead to an increase in social media engagement, and can result in a more active and responsive audience for the films online release. If a filmmaker can capitalise on their premiere attending audience and engage them online as well as in person, the excitement and buzz that is created can offer some exciting possibilities for the future of the project.

For the independent filmmaker releasing their projects online, you offer audiences an opportunity for a ‘private’ viewing, but are they ever really alone?

Part of the package of being a filmmaker now seems to involve being a networker; working with your databases and within your social networking channels to reach your desired viewing audience. Ideally, this practise is designed to engage your network, and to get them excited and talking about the piece that you have just offered up for viewing. With effective networking and audience engagement in the lead up to an online release, or indeed a venue based release or premiere, your online audience can be given a sense of community in an online-space, perhaps even a sense of comradely, and therefore, the act of viewing and sharing can, in essence, be a communal viewing experience.

Perhaps I have a narrow view on things, coming to situations like this with a background in communications, but to me the idea of a communal film viewing experience is developed and strengthened by the introduction of social media and networking forums. Whether they view it online, or in a cinema, the fact that they are viewing it at all places your audience in a community who share interests, and cultivating this interest can create thrilling opportunities for the independent filmmaker.

Where do you think the sense of community is created?

This blog was written by Jenna Woods– Communications Coordinator for Alex Nakone Films. Jenna’s LinkedIn profile can be found here.