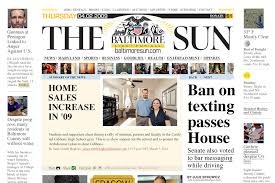 Remembered monthlies have started their publications in Boston State in 1857. Atlantic monthly has political –literary contents with lots of adherents; of course after Second World War its political topics had gotten further than before.

The other one “Baltimore sun “that’s 160 years old; for the beginning of its activities in 1837 it hasn’t political path and view. Its circulations reach to 5 thousand. 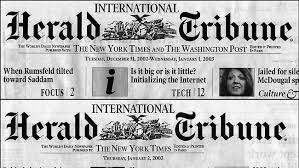 It made from the insertion of two print Medias after First Word War in 1924. Before, this publication was separated which Herald was founded in 1835 and Tribune was founded in 1840. Even though they both had very circulations; but due to emulations they became inserted.

At the present time this publication has 335 circulations on normal days; but on Sundays it has 350 circulations. That is to say because of more topics its pages become 50 to 80 pages and it means which the pages are not fixed.

Because of ease of printing, distributing and trafficking of print Medias in USA, it also reprints 40 thousand circulations in Paris at the same time.

Herald TV, This Week, Radio and Magazine that because of attracting people its printed publications distributes without any charge. It’s mentionable that Herald Tribune is indirectly under the support of The Republican party. 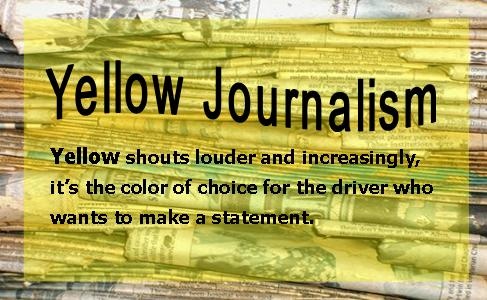 This terminology is referring to those publications which publish exciting topics that are a little bit far from facts and by publishing these types of subjects, it keeps the readers far from the real procedure of social life.

Yellow journalism is belongs to the late descends of 19th century. At that time a New York City publisher by the name of Ploliters  published “The world” printed media. First he had started playing with people feelings by publishing Comics. 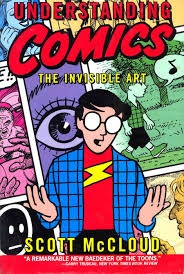 Despite this publication was illustrated; but a little boy’s paint which was wearing a worse dress and had no teeth was more attractive. 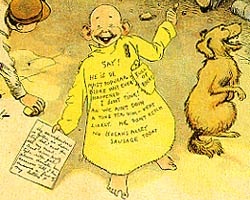 At first days because of lake ofcolor all pictures were printed without paint; but when Politerz had opened color printing house he paved the ground for colored pictures in publications and the first color which had used was the boy’s dress color which was yellow.

Because yellow color motivates reader’s feelings after that every printed media which follows this way was named yellow publication and Yellow Journalism had taken from this.