Bollywood actor Amitabh Bachchan is known for his roles in action movies like Zanjeer, and for hosting the Indian version of Who Wants to Be a Millionaire?.
IN THESE GROUPS

FAMOUS PEOPLE IN FILM
FAMOUS INDIANS
ACTORS TURNED POLITICIANS
FAMOUS PEOPLE NAMED AMITABH
Show All Groups
1 of 2 « »
QUOTES
“I don't use any techniques; I'm not trained to be an actor. I just enjoy working in films. It's more instinctive rather than anything else.”
—Amitabh Bachchan

Amitabh Bachchan was born on October 11, 1942 in Allahabad, India. In 1969, he debuted in Saat Hindustani. His role in 1972's Zanjeer made him an action movie star. In the 1980s, Bachchan held a seat in the Indian Parliament. In the '90s, he started his own production company. He returned to acting in 1997, with Mrityudaata. In 2000, he began hosting the Indian version of Who Wants to Be a Millionaire?.

Amitabh Harivansh Bachchan, best known as Amitabh Bachchan, was born in Allahabad, India on October 11, 1942. India was still a British colony at the time, and would not achieve independence until five years later. Bachchan's father was renowned Hindi poet Dr. Harivansh Rai. His mother, Teji Bachchan, was a Sikh socialite. Amitabh Bachchan was his parents' firstborn. He has one younger brother, named Ajitabh.

Bachchan went to Sherwood College boarding school before enrolling in Delhi University, where he earned his Bachelor of Arts degree. Once he graduated, he became a freight broker in Calcutta. After a few years in Calcutta, Bachchan was ready for a change. He decided to move to Bombay and take a stab at Bollywood show business. By this time, India had been independent for nearly two decades, and Hindi cinema was thriving. 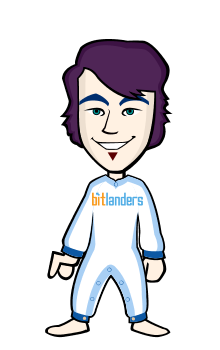 Hold On! You Cannot Miss ‘WHO WORE WHAT’ At Mirchi Music Awards 2016

I Love Those who Loves me...

What matters most for Kat in life?