An Unlikely Hero: The Adventures of Maui the Demigod 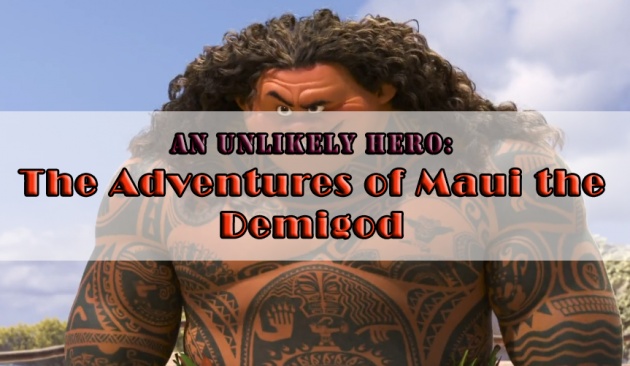 So, I just finished a movie review for Moana in response to the event posted by Mickey the Slanted Salerno. However, it left me quite curious about this trickster demigod, Maui. So I did some digging and found out that Maui did indeed exist in the ancient Polynesian mythology. And since I've already made the research, I thought I'd write a blog post about him to introduce him and his story to the other people in bitLanders. Let's start.

Maui may have been portrayed as a fun-loving guy with a fish hook and wildly curly hair in the Disney Movie Moana, but there is more to his story than meets the eye.

For starters, he wasn't really born from human parents. Although, it was true that he was cast away by his mother into the ocean--and the ocean god did indeed nurture him. His official name is Maui-tikitiki-a-Taranga but he also has 4 older brothers all named Maui: Māui-mua, Māui-waena, Māui-kiʻikiʻi, and Māui-a-kalana.  Whew! That must be really confusing! So, let's just call our hero simply Maui.

Here's a brief history of how our Maui got separated from his family. He was born prematurely and his mother, Taranga, who was afraid of this fact. So, she wrapped the baby with a tuft of her hair and threw him into the surf for the waves to take him. Tarangoa the Ocean god took pity on him and nurtured him until he was old enough to look for his own family. In some versions of the story, his mother is named Hina/Sina.

Does the name 'Sina' sound familiar to you? Well, that's because the name of Moana's mother in the movie is Sina.

Our Maui is born a demigod and a kupua, otherwise known as a shapeshifter. Because of their ability to change shape and form, kupuas are normally seen as tricksters. Although seen as a trickster demigod, no one can deny that he made a lot of contributions in the world--most notably, the birth of Polynesia.

Legends of Maui the Demigod

The song 'You're Welcome' sung by Maui in the Disney Film Moana is actually quite accurate. It is the summary of all his heroic deeds. Some of these legends started out as a prank but ended but benefiting mankind. Let's take a look at them in detail, shall we? 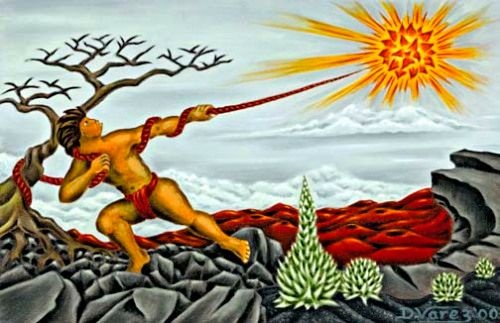 One of the more popular legends of Maui is when he captured the sun in order to convince it to move slower. He did this because his mother complains that the day is not enough to finish all her tasks. In some versions of the story, he fashioned a long and strong rope from the locks of his sister. Other stories say his mother and grandmother gave him the rope.

Maui then set forth on his journey. Of course, he was able to capture the sun. The sun struggled to get free but to no avail. Maui made a deal with the sun. He will let it go, but only if it promises to move slower in order for his mother and the other Hawaiians to have enough time to finish their tasks for the day.

Fishing for an island 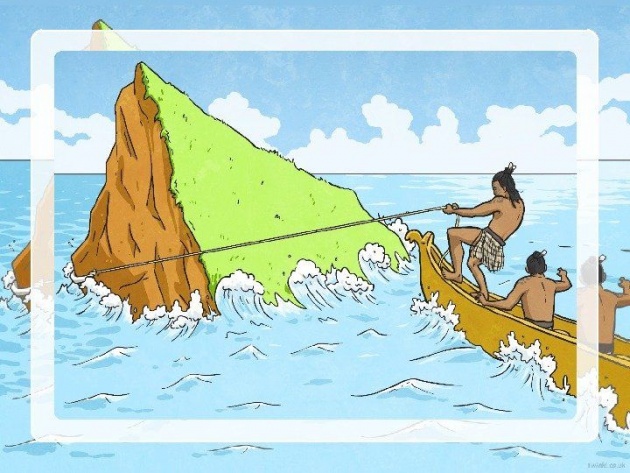 Maui is not the most proficient fisherman and his family would often make fun of him because of it. So, he decided to prove that he is a good fisherman. Armed with his magic fish hook, he asked his brothers to join them on their fishing expedition. At first, his brothers were reluctant to let him join, but they finally relented to his request. Maui cast his magic fishhook deep into the sea and struck something unusually large and heavy. Whatever it was, it was weighing them down--so he told his brothers to keep on paddling forward and to not look back. However, his brothers couldn't stand their curiosity and looked back. They were surprised by what they saw. There were new land formations on the sea, which is now known as the eight Hawaiian islands.

Gifting men with the secrets of fire 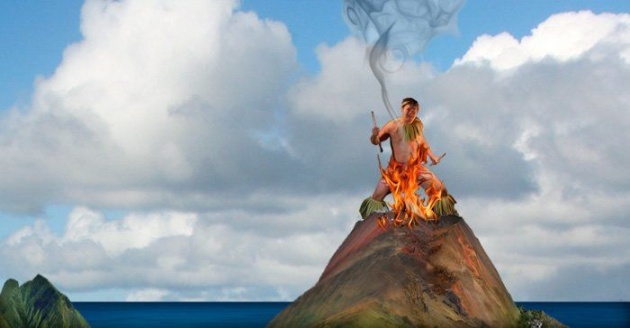 The secrets of fire is perhaps the greatest gift bestowed to mankind by Maui. Maui, after existing on a diet of vegetables and raw fish, finally grew tired of it. He wished for food cooked on open fire. So, he confronted the keeper of fire, a mud hen who is also a trickster himself. Of course, the mud hen refused to share the secret with Maui, so he strangled the mud hen until he gives up the secret. The mud hen tried to trick him by having him rub the stalks of water plants together. When that didn't work, Maui returned to the mud hen and strangled him again--much tighter this time. Reluctantly, the mud hen finally divulged his most prized secret.

Maui is still miffed that the mud hen tried to trick him, so he decided to punish the bird. He grabbed the bird by the neck (again) and rubbed its head against a flaming stick. This left the mud hen with a red bald head. So, there you go. The legend of how man learned to start a fire and why the mud hen has a red bald head.

Hey, do you wanna hear the song "You're Welcome" by Maui in the Movie Moana? Of course, you do!

The Death of Maui

Maui, although a demigod with supernatural abilities, is not immortal per se--which he considers as a weakness. The idea of death repulsed him that's why he came up with a hairbrained idea so that he can become immortal. He was convinced that if he kills Hine, the Guardian of Life/Death/Night, he can finally achieve immortality. He plotted to kill her by entering her body t steal her heart while she sleeps. (This is probably where the filmmakers of Moana came up with the heart of Te Fiti.)

He convinced his brothers to help him by standing guard as quietly as possible. As he entered Hine's body, one of his brothers made a loud sound which woke up the Goddess who crushed and killed Maui. 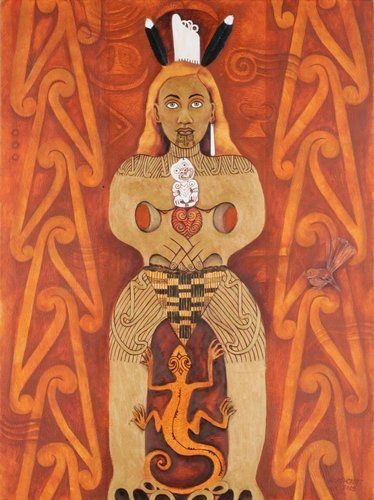 Some versions of the story say that Maui was actually on a quest to bestow immortality to humankind. Had he succeeded in his last trick, no man would have ever died. As such, Hine remains in her position and serves as a portal for humans who are passing through the afterlife.

Maui is not the typical hero. In fact, he is far from it. I mean, how many trickster gods do you know that turn out to be heroes? But, Maui is different. He is a trickster god with a heart. Okay, so maybe he did what he did mostly because of personal reasons or its just a prank gone right. Whatever his reasons were, the effects of his actions definitely benefited humankind.

Being an 80s baby, I grew up watching Disney princess movies like Snow White, Cinderella, Beauty and…

Moana: A Disney Story of Polynesian Legends and a Great Ocean Adventure

Ah yes, looks like I found another great Disney movie. Do you love swimming in the ocean? Let's say …

Chatting with a Woman of Ocean and Mountain from Maui, Hawaii

A dear friend, founder of Surf Mei Mei and Kea Surf Gear, Patricia Kwok, has just been interviewed b…

Is it "Aotearoa" or "New Zealand"?

Is it "Aotearoa" or "New Zealand"? When I first began looking for information on New Zealand,one of …