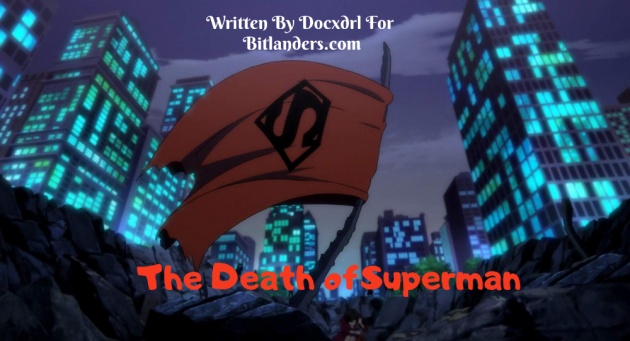 We love the action movies, we desire the thrills and I can give more raise my adrenalin. I love watching animations! DC animated continuum of Justice League movies over the years has left countless fans asking for more! The Death of Superman is an ultimate fight to the finish when the Man of steal remains the only superhero to stand in the way of a monstrous foe- DOOMSDAY.

Doomsday is a creature of rage and destruction programmed to kill on a planetary level. This is the third time in 11 years that we have seen movies where Superman is killed.

In 2007, we have seen the adaptation from DC comic’s storyline The Death of Superman and in 2016 a movie with almost the same storyline Batman Vs Superman: Dawn of Justice  which hit the cinemas on March 25,  2016. This was a follow up from the Man of Steel back in 2013. In 2018, DC released another epic battle between Superman and DOOMSDAY with the same title The death of Superman it is the first part of two animated movies with the second part in the early part of 2019 with the title The Reign of supermen it is however, the content of the movie The Death of Superman in 2018 that made the first part of the sequel a movie to watch.

Unlike the cliché of Batman VS Superman: Dawn of Justice where Doomsday was created by Lex Luther, this Doomsday came from outer space. This begs the questions was doomsday sent for the complete destruction of the planet earth? well, whatsoever is the mission of doomsday, we are glad he was stopped.

The citizens of Metropolis consider the alien Superman as a hero and protector, but Lex Luther holds a different opinion of the  Man of Steel.

Superman foiled the kidnapping plan orchestrated by Intergang armed with Apokolips technology to kidnap the Mayor of Metropolis. After the major was rescued, a piece of intergang destroyed suit was sent to S.T.A.R Lab for analysis. 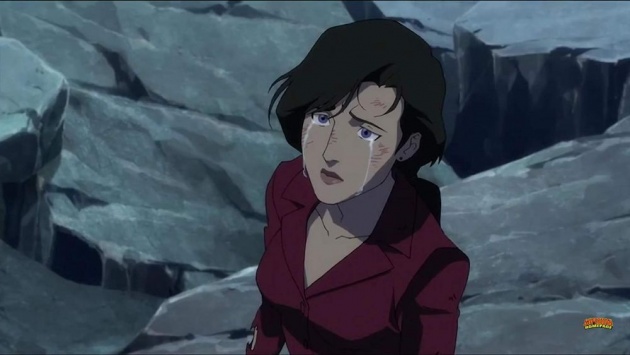 The after events of intergang foiled kidnapping provided Superman with the opportunity to present Daily Planet ace reporter Lois Lane  a rare privilege of seeing the rocket that brought him from the planet Krypton to Earth and the Birth Matrix that was infused into the rocket.

Lois and Clark Kent are in a secret relationship and Kent has always been secretive about his past life. And Lois feels it is time for her to meet the parents. Clark’s alter-ego has always been a hindrance for Lois, thus she started questioning the relationship between her and the Kansas farm boy.

Meanwhile, at STAR LAB, Silas Stone and Dr John Henry Irons analyzed the fragments of a metal that composed the Apokoliptian technology. The technology was fused together with earth metal to make the metal strong. Dr John Henry Irons briefed Superman about their discovery concerning the metal and the Superman decides to pay a visit to Lex Luther who is under house arrest at the time. 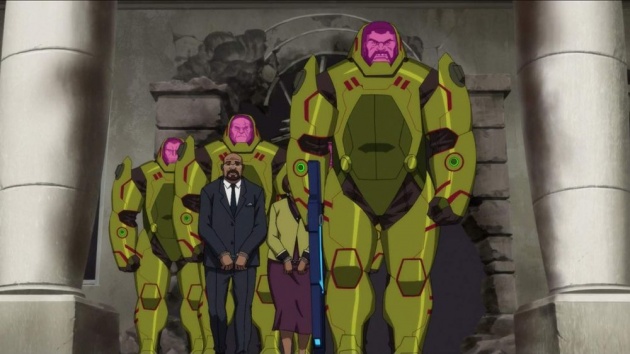 Furthermore, Superman was trying to get information from Lex Luther, an astronaut team under the supervision of Captain Hank Henshaw were been attacked by a meteorite which appeared suddenly via BOOM TUBE and bound for earth.

Henshaw hopes Superman will show up and save them as he has done in time past, but Superman never showed up till the meteorite destroyed the space shuttle. Henshaw was the only astronauts that was not accounted for after the incident. Luther and his team have been monitoring the advances of the meteorite, thus he sends explorers to the crash site to find what came down with the meteorite.

The teams of explorers were annihilated by a 9-foot giant humanoid beast, the beast reaches the coastline and started killing every living animal on his path living and leaving a trail of destruction.

The league arrived at the scene, but the beast laid waste each member of the League, until the final member, Superman came to the scene. The battle between Superman and the beast escalate, and Lois Lane was on the scene to cover the epic battle. She named the Humanoid beast on rampage DOOMSDAY.

The curtains of the battle were drawn with Superman killing the beast doomsday and died in Lois lane labs.

The comic universe of Justice League has always found a way of killing and bringing Superman back from the dead. Animators, regular comic fans and the young minds love the hero, thus DC has always brought back the alien hero. 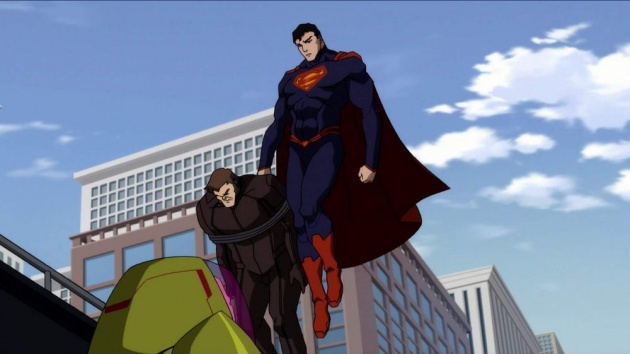 This is no different with The Death of Superman. The saving grace in this animation was the fact that the hero somehow emerges from his death in the next sequel. It was an excellent idea to see the Man of Steel on the verge of death, a match to the death with Doomsday is fascinating.

I can’t hide the fact that DC’s animation is much interesting to me than their movies, but this story is spectacular over the last few years. The previous instalment of the Justice League. Justice League Dark, Constantine city of Demons had apparently, raised my wish with every year DC’s animations. I’m sure they can keep entertaining people like this. 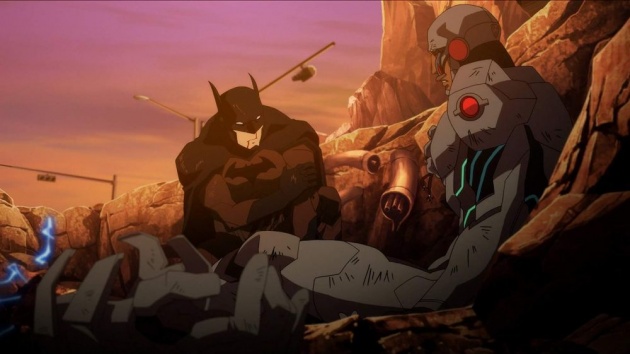 I’m very impressed to see that this particular animation has satisfied critics, comic fans and people around the world. The animators gave much screen time Superman and Doomsday. It was an epic battle to see the Man of Steel bleeding and tired. We all know Superman does not bleed or sweet when fighting a battle, but it is different in this movie.

The Death of Superman gives fans what they want. A strong superman story, a great adaption of an iconic comic, awesome DC cameos and homages to the works of the past. A worthwhile entry into the DC Animated Film collection

To the best of my knowledge, the animation The Death of Superman is divided into three story arcs: Doomsday, Funeral for a friend and the The Reign of Supermen. The first part of the arc Doomsday was glorious, the battle scene, the actions and the storyline with just the exception of where did Doomsday originated from? How strong is doomsday to have inflicted this much damage on Superman to the verge of death? Therefore, this has left fans like me and thousands more wondering about the directing of Jake Castorena and Sam Liu are they trying to kill the character Superman? 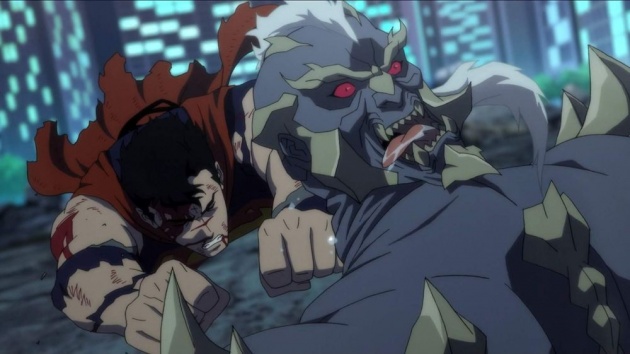 To fans around the world, The Death of Superman is an intense animated adventure of Justice League. The animation is full of brutality, deaths and destruction at every turn with the members of the Justice league almost annihilated. As brutal as it may seem…

It’s a big win for Superman fans, finally giving them the adaptation of this tale that they’ve long craved, and one that sacrifices neither the violence nor the humanity that offsets it

Therefore, even as it is a win for the fans of Superman, the fans of Zack Snyder  may feel this is farfetched. Although the animation stands along such gem like Superman vs. The Elite, we will just have to get our hopes high waiting to watch and review the sequel Reign of Supermen.

The essential ingredient that made the The Death of Superman outstanding was the fact, it was centre on the life of Clark Kent, exploring the storyline based on this manages to impact a continues sameness in the animation quality of mainstream DC animated films.

To crown it up with the content of the movie, The Death of Superman is a damn good animation exploring Superman at his most heroic moment when he decides to save the child and his mother on the bridge.

The Collective Works of the Actors 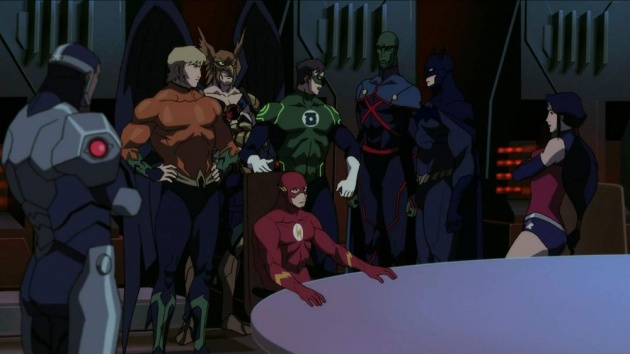 A movie may be as good as its actor, a clear example of such actions is Tom Hardy in the movie Venom . With his exceptional skills in acting, he made the movie,  a good movie to watch. The Death of Superman animation was great; the drawings are detailed and these make acting Prowess of   Jerry O’Connell who have embodied the Superman character for quite sometimes now effective and good. Other actors that made the movie are Rebecca Romijn, Rainn Wilson, Rosario Dawson,  Nathan Fillion, Christopher Gorham,  Matt Lanter,  and Shemar Moore . The actors were really great in their voicing the animated movie.

The Hero of the Movie

Superman battle against carnage foe doomsday is an animated movie to behold. The characters are best drawn with authentic looks and epic fight scenes, this, however, is what made the animated movie a good movie. 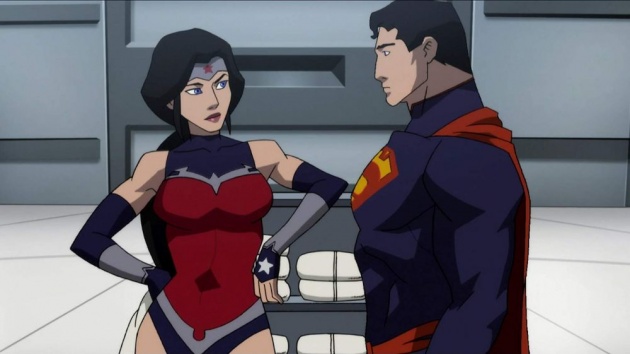 Jerry O’Connell voice acting of the man of steel was top-notched. This can also be said of Rebbecca Romijn who voiced Lois Lane. The movie is created in such a way that the rest of the League members are sidelined. The way the movie focused the battle made Superman the hero of the story and for the fact that he will live to tell the tale also made the story more unique.

The character of Batman voiced by Jason O’Mara also demonstrate enormous charisma, and extreme coolness to be the only Justice League human still standing before the coming of the knight in shining armour.

The technical side of the movie

Dc’s animations have always impressed and elevated my love for animated movies around the world. it is without a doubt, the drawings, the fight scenes, the storyline, the detailed character representation of The Death of Superman has made the movie cool. The presentation of doomsday as a violent-mindless-dangerous killing humanoid of unstoppable carnage was greatly represented graphically in its best. 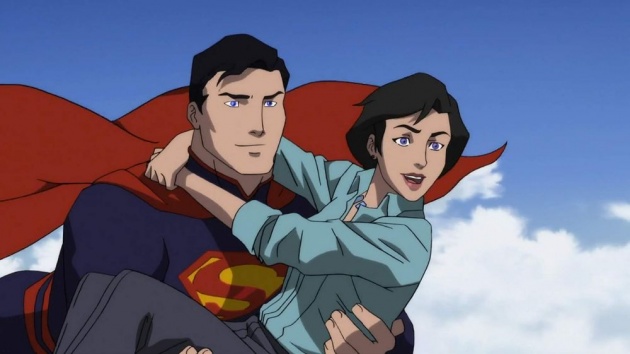 The camera angle, the separation of colour in the movie is a touch we have last seen in Superman vs. The elite back in the day. It also represents a good danger we’d hope to see in most Superman movie.

The only setback to this movie was the time before the final battle between Superman and doomsday, thus elegant buildings and cars seemed not cool. The camera

On a final note

The most interesting thing about this movie was the fact that we once again experience Superman doing battle in a movie. Although it is an animated movie, it has a canning resemblance with the movie Man of steal when Superman battles General Zod. I’d love to give it my all to awaits the second instalment of the Death of Superman to see who the villain is and how the story unfolds.

Spiderman into the Spider-Verse: one of the Best-Animated Movies in 2018

image credits: Docxdrl via Bitlanders Spiderman into the spider-verse: one of the best-animated movi…