Re/code journalists Dawn Chmielewski and John Paczkowski filed a report today claiming that Apple executives internally discussed a price point of $400 for a rumored wearable device, which is believed to be making its debut alongside new iPhones at Apple’s upcoming media event scheduled for Tuesday, September 9, at the Flint Center for the Performing Arts in Cupertino.

But cash-strapped would-be buyers needn’t worry — the firm apparently has a lower-priced version of the device and consumers can expect “a range of prices for different models,” as per Re/code’s unnamed sources.

Chmielewski and Paczkowski clarify that Apple may not be able to settle on the final price in time for the September 9 unveiling.

At first blush, $400 seems a little steep given smartwatches from Samsung, LG and others cost less. For example, Samsung’s Gear 2 Silver retails for about $300 and most Android-powered smartwatches are in the $200 range.

On the high-end, Timex’s upcoming Ironman One GPS+ watch, which includes 3G wireless connection, will carry a $400 price tag.

On the other hand, we do not know for a fact whether the so-called iWatch is just a smartwatch or a fitness/health-focused device. By comparison, high-end consumer fitness accessories typically sell in the $100-$200 range, depending on the manufacturer and model.

Truth be told, if anyone can get away with charging a premium for an integrated experience that “just works,” it’s the Cupertino firm.

Rivals frequently slam Apple for its supposedly overpriced products, though this doesn’t tell the whole truth as critics purposefully disregard the value of Apple’s seamless integration and delightful experiences, as if intangible qualities don’t matter.

In recent years, however, Apple has actually slashed prices across several product families, including Mac notebooks and iMacs.

That being said, a $400 iWatch could be a tough sell as that price would match the price of the iPad mini with Retina display, which starts out at $400 for the entry-level Wi-Fi-only model with sixteen gigabytes of storage.

If Re/code is right, then the rumored $400 asking price would be presumably for the flagship model, with other models costing less.

Considering that different iPhone and iPad models are largely priced depending on the amount of built-in storage and Wi-Fi/cellular capabilities, it will be interesting seeing how Apple differentiates between differently priced iWatch models.

How much would you pay for an Apple wearable device, assuming it exists? 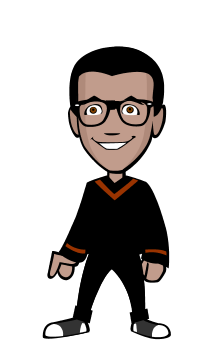 My iPad and Its Diderot Effects My husband purchased an iPad 9.7 and gave it to me as a present. It …

The Many Wonders of Apple Cider Vinegar

Vinegar has been around for thousands of years and been used in various ways. It is also believed to…