Are you ready for a bite? - Doughnut Goodness (Which is worth it?) 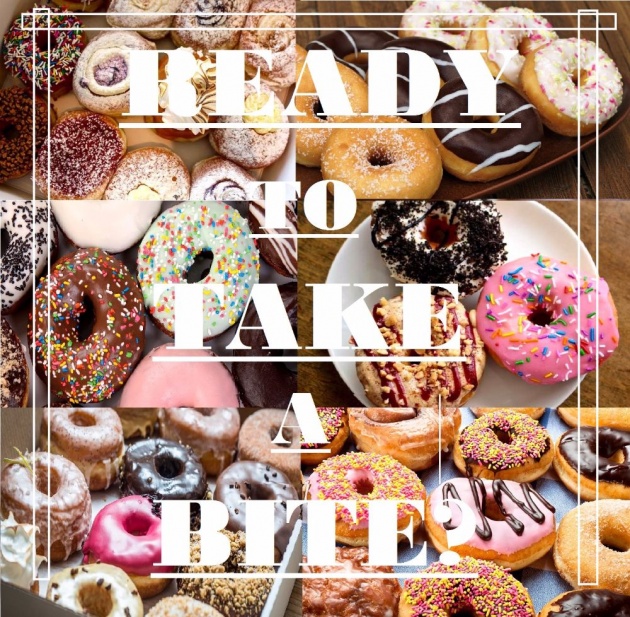 Image Source: Google and Edited by Me (NellShaOza)

Hello to all the people out there! NellShaOza again! ~ To celebrate my 5 stars blog on my Ready to Take a Bite - Pizza Goodness I'm back with another Food Blog, Well I've decided to make a food blog once in while and I'll call the segment as Ready to take a Bite. Before we start, I want to inform you that you can tell whatever food it is and I'll blog it as much as I can on the next blog hehe So thats all, Sit back, relax and feel the DOUGHNUT COMA. Ciao!

WHAT IS DOUGHNUT OR DONUT?

Doughnut is somehow related to Pizza, Is just that it is Sugary and sweets and has a lot of colorful flavors in it. If Pizza is for Main Course, We'll surely need a dessert for it. Doughnut is ready for the job, Personally I love Donuts too, The satisfaction it gives is just like Pizza especially I'm a sweet tooth person.

Doughnuts is a type of fried dough confectionery or dessert food. It is usually deep fried from a flour dough, and typically either ring-shaped or without a hole, and often filled.

Fluffy and Tasty, If I say Tasty, It really does! You can eat it with a glass of milk or a cup of coffee which does compliment the taste and give you more satisfaction. What inside of a Doughnut? Let's watch this..

THE ORIGIN AND HISTORY OF DOUGHNUTS

Before anyone of you was born yet, The making of the sensational Doughnuts is on the run. Its history has a lot of debate included, a lot of people claim to be on the first make and that make Doughnut History disputed.

Doughnut does have a convoluted past that involves Dutch immigrants, Russian exiles, French bakers, Irving Berlin, Clark Gable and a certain number of Native Americans. And, yes, in its democratic ethos, its optimism, and its assorted origins, it does seem rather quintessentially American.

-History of Doughnuts via Smithsonian.com 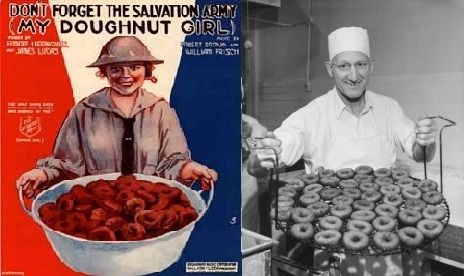 Image Source: Doughnut Girl and Dean of the Doughnut Men.

Since 1917, when a cheerful Salvation Army lassie handed a fresh doughnut to a homesick doughboy in France. The Salvation Army doughnut has symbolized loving concern for those in the armed forces.

In 1947, Ernie Rice who started at Hoyt Doughnuts in 1911, Ernie developed his own recipe for the doughnuts. Ernie made doughnuts for the Hoyt Doughnut Company for 48 years. Referred to as “The Dean of the Doughnutmen” Ernie was believed to be one of the few remaining career doughnut-makers when he retired in 1959

-Dean of the Donut Men via postdefiance

Some also says that the cooks would fry strips of pastry dough which is very usual even in other place and after frying, they coat them with honey or fish sauce History is such a weird thing and that place would be on in Ancient Rome and Greece while some where in Medieval, They started to fry a unsweetend dought and yeast to make a whole fried pastries which is drenched later in sugary and sweet syrups.

If I would state all the given claimed history, It would take time and this blog would be consider as Origin and History. But I think the making of this Donuts are easy to start with, especially of the availability of flour, yeast and such ingredients at that time and they would just add flavors to make it appetizing to eat.

As time come, Many people made their own versions of Donuts and some made it as a business. Not a lot of us can buy the premium one. So as summarize to which is practical to buy. I'll stated some of my Favorite Cheap Donuts that is on the Market, Tell me if you like one of it ~

Here in the Philippines, Prices are cheap. but what makes it more cheapier? This Donuts is available in a lot of places, They made it in their little bakery shop and sell it, The ingredients are essential and doesn't apply any special powder its basic content are Flour, Yeast, Salt, Sugar, Butter and etc. Its Cheap so its cheapier!

for only 6 php (0.34 dollars) You can enjoy this simple and hunger passing donuts. If you crave and there's no premium donut available around your area. This might change your game. ~

Expect the Unexpected Doughnut. Yep! Simply Donut? Nope! It is not Simply it has the sense of Premium Donuts! The Price is Cheap but the Donut is on the level of a High Class Donuts. Good news is - When you buy it, you'll surely have the Super Satisfaction. but the bad news is the availability is very frequent or should I say, branches is only achievable in Central Luzon, Pampanga, Philippines. it has only 3 branches - San Fernando, Pampanga -Dolores which is in San fernando and San Matias, Sto. Tomas Pampanga. I don't why, but their donuts is the best for me. The Price and fulfillment of the product is justified haha! ~ 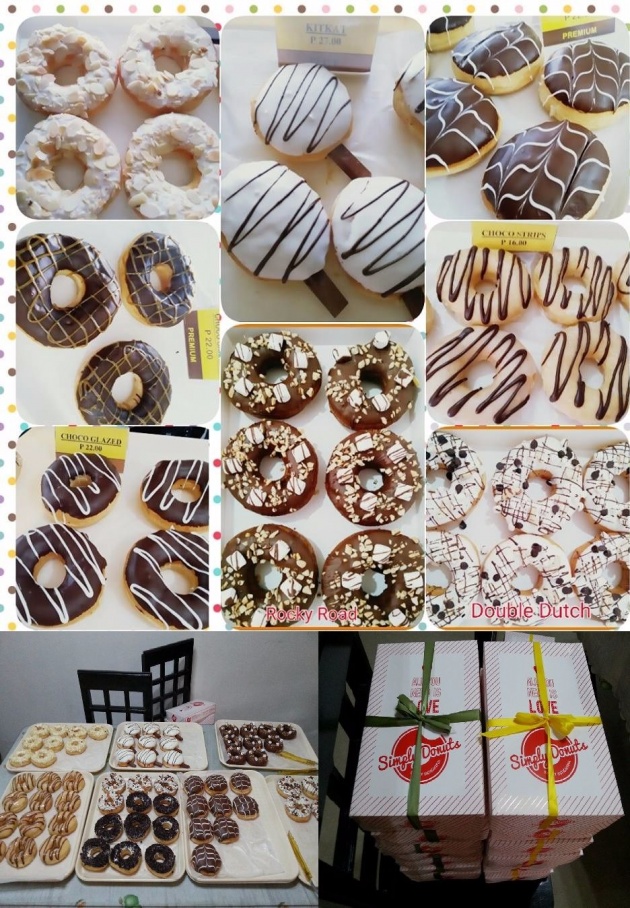 You might not believe me if I would say the prices of this Gorgeous Donuts. Well They are come into 'Per Boxes Selling' and I'm not familiar with their prices individually. However Simply Donuts have 3 different kind of Selection, The Regular, Premium and Elite. The Regular doesn't have a lot of toppings but it is reasonable for it price. 6 donuts in 1 boxes, As far as I remember this are the prices:

Not so fond of these Middle Cost donuts for the reason of it's out of the budget for a student like me. People would tend to buy this if they really like the flavors and quality, but for me, I'm Happy with Simply Donuts hehe ~ Going back, I would list down the Middle Cost Donuts that I've tasted and have a fun eating it. Here we go..

Bet you are familiar with this Donut Store, Not just here in the Philippines but also in Asia. J.CO Donut was originated from Indonesia which is specialized with their Donuts of course coffees and frozen yogurts. 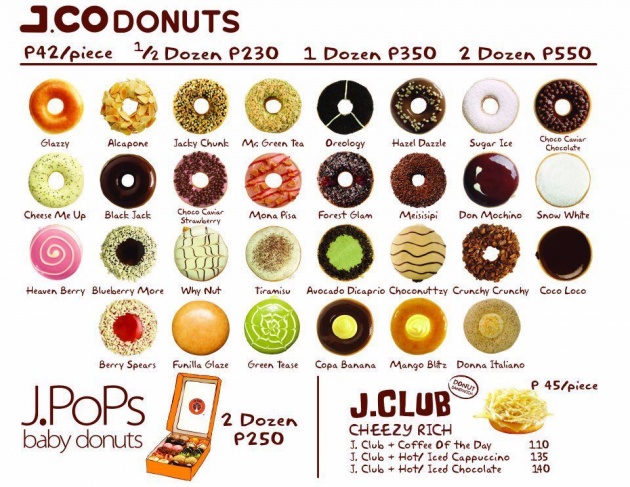 Here in our place, J.CO donuts is not that active in some places. It is only located in some Malls and it is not reachable for other people who want to buy a Donut instantly, but if you can reach it. Why not try to buy one right ~

J.CO’s donuts are also known for their high quality toppings and fillings such as toasted almonds, premium dark and white chocolate, matcha, and other ingredients.

All I know in Krispy Kreme is their Famous Glazed Donut, If J.Co is known for their different toppings and a lot of flavors. Krispy Kreme is for their Plain Donut, I've tasted it before and it is surely will melt in your mouth, it is best for with coffee and milk. Its like a breakfast thing. and as what I see and observe, They have a tasty donuts but has a simple decorations or toppings on it. 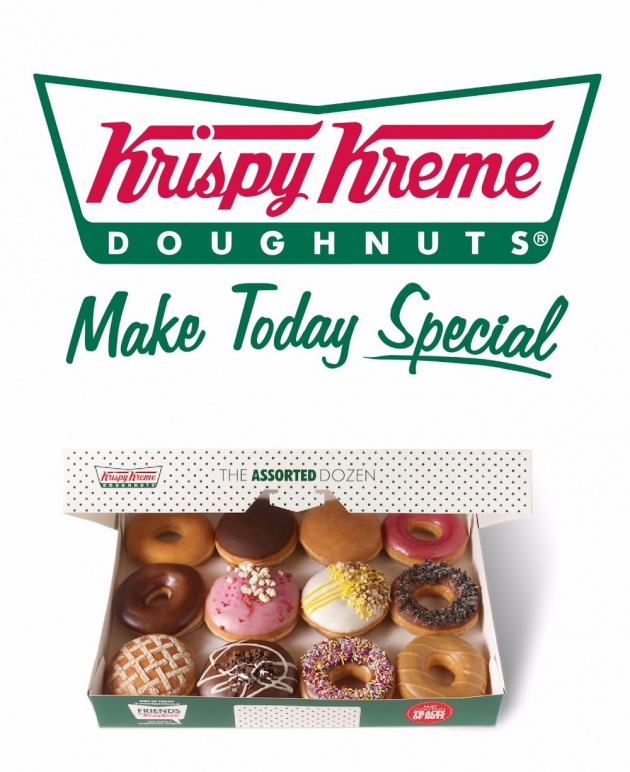 Why it is on my list? Because as far as I can remember, Almost all of my friends bought a dozen whenever we go out and take it home. I've tasted before and because of my reminiscing blog, I've decided to bought again one.

Nothing beats the original krispy kreme.

-According to him, Jason Behr

So for you, What is you're favorite among the Cheap ones and Middle Cost one? Comment down below ~

Watch this Buzz feed Presents - Worth It Doughnuts.

So here it is, Which is Worth it? I'll still choose Simply Donuts

Keep in mind those delicious sweet round full of flavor Donuts 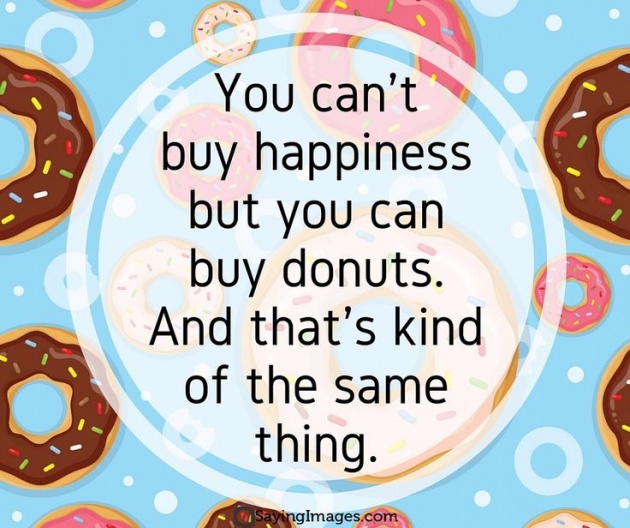 Yep! See you on the next "Ready to take a bite"

Are you ready for a bite? - Pizza Goodness (Which is worth it?)

cutes, sweet and simple. how to make donuts

Recipes How to Make Donuts Simple And Practical Materials: - Wheat flour as much as 1/2 kg - Sugar s…

The Wonderful Creation of God

What goes up, must come down?

Hi All, So, I thought after my first upload I had to wait a bit in order for Filmannex to review thi…