AI Artificial Intelligence – is actually the name of a 2001 movie directed by Steven Spielberg. Just like any other Spielberg films, this one also has that touch of Spielberg magic as it was a blockbuster and received numerous positive reviews from critics.

In this fourth blog entry, let us try to deviate away first from the usual heavy jargon posts and take a look at this movie masterpiece. But please bear in mind this blog is not a review so it will not discuss what happened to the film section by section or per plot elements just to increase the word count or for the sake of making an AI post.

Instead, this movie blog will tackle an interesting AI aspect that even, in a certain sort of way, supersedes strong AI from my previous blog.

If you haven’t read that particular post: , please do so as it explains in detail the difference between weak and strong AI.

Artificial Intelligence the Movie –
what you need to know! 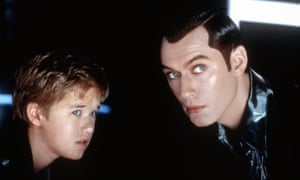 When one thinks about AI in films, it will usually be associated with advance machinery taking over the human populace (remember The Matrix Trilogy and Terminator Movie series). Although there is another popular angle, and this is the union or love between human and machine.

Artificial Intelligence the Movie, however, is quite different. It is actually somewhat based on the Supertoys Last All Summer Long – one of many short stories by Brian Aldiss. You will note that the term toy was used which should give you an outright idea that no world domination by evil machines will take place. Or that there are no good vs evil element wherein the humans are the good guys.

The film revolves around the adventures of a young boy that is capable of love. Yes folks, you read that right, this little Mecha (the term used for humanoid robots in the film) would be capable of the love emotion if his so-called imprinting protocol is activated. But it is not the kind of love that is seen in couples or between lovers – it is more like maternal love.

For unfamiliar readers (millennials probably since the movie was released last 2001), here is a short context. The setting was in the far off future wherein the world was heavily devastated and the population drastically reduced by climate change. Technology at this point has also evolved to a point where Mechas, robots equipped with Strong AI, can do complex actions but are voided of emotions – until David (little boy Mecha cited above) comes along.

David is given to a couple who is apparently heartbroken as their child is put in suspended animation due to an unknown disease (the condition of which is not divulged in the film).

The mother was initially cold to David but we all know that wont last long and finally activated David’s imprinting protocol. This basically enabled David to have childlike love for the mother. Of course the movie did not end there, otherwise, it would be a very short boring movie with a happy ending.

To put some Hollywood flare: the child with the unknown disease was cured suddenly and is jealous of David. This lead to very bad situations for David – to a point that the mother has to return David to be destroyed.

However, she already have mother-like affections to David so she just left the young mecha into the woods. This also lead to more misfortunes for David. Without revealing too much of the film (I hate spoilers too), one event lead to another until David discovered something wherein he lost his sense of individuality.

Fast forward to two more millenias and humans are now extinct. Although, there are no mention of evil AIs taking over, but it is somewhat implied that they are extinct due to their own actions. Advance and evolved mechas known as Specialists now roam the world. Some of these mechas found David and reactivated him.

Interested with humans (they are extinct afterall), they extracted human-related memories from David. At some point, David persuaded them to recreate his mother from DNA found on hair strands although she would only live for a day (they are mechas not God).

Anyway, David and his recreated mother spend a wonderful day together – something that David waited for a very VERY long time.

Impact of AI the movie 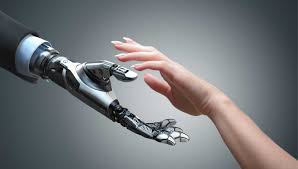 Now that you guys have a better context of the film, you might be wondering what does that particular movie have to do with artificial intelligence when not much aspect of AI was shown.

That is indeed true in a sense which is why many critics have said that the film is more like a modern day version of Pinocchio. The facet of how mechas came to be, or how AI evolved to that high-level point was never tackled.

Instead, the film’s main attributes are focused to a robotic child experiencing human traits – love in particular. Whereas another main feature are machines having equal rights as humans. Because of this, many believed that the title is not match with the concept.

Another complaint some people have is the length of the film. It felt like dragging, and add that to an sterile plot, and you got uninterested viewers.

But of course, the film also has its good points. Otherwise, it wouldn’t be a blockbuster and wouldn’t receive praises and positive reviews. Personally, I like the acting and there are moments that are truly moving.

Nonetheless, let us now go to movie’s love angle – did the child truly experienced genuine love? Sadly, yours truly does not agree. In the film, David only begins to love when his imprinting protocol has been enabled. Meaning, he is programmed to love his mother. The love seems undying since the program wouldn’t change unless explicitly changed or overwritten. In this sense, it appears that David didn’t truly have feelings but is programmed to exhibit it.

AI with a Heart

Anyway, if David is the AI that can love, then let me introduce you to Querlo – the AI with a Heart. If you don’t believe just look / visit its website and see for yourself. In fact, before doing so, why not engage with one. You will find it quite interesting.