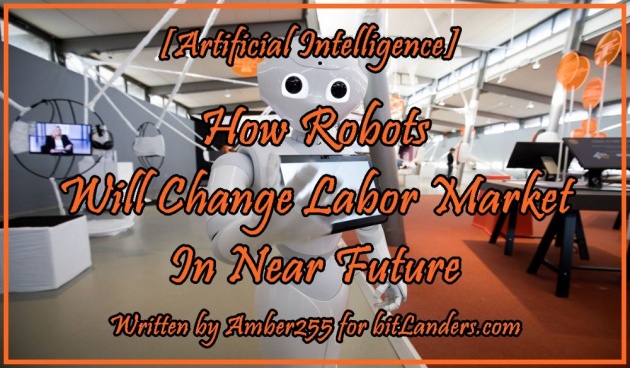 [Artificial Intelligence] How Robots Will Change Labor Market In Near Future - Photo credit: fortune, edition by Amber255 via bitLanders

Think about what Henry Ford's achievements in the early 20th century led to the industrial assembly line and the first available car. How many people were forced to lose their previous job or take serious financial losses? The undoubted benefit for evolution and the whole world turned into local problems.

Today, human substitution is ubiquitous. It is not only a financial gain but also quality: cars make fewer mistakes, can work around the clock, and have no issues. That is why many professions are risking to disappear. Let's take a look at those that have the greatest risk of extinction as a result of automation.

The power of artificial intelligence is so incredible, it will change society in some very deep ways, - Bill Gates

Let's see in which areas the robot will not replace humans, at least at this level of technology development.

What professions will be replaced by robots?

This may be hard to believe, but before the end of this century, 70% of modern professions will be automated, including the one you are currently working on. In other words, the penetration of robots into all spheres of human life is inevitable, and their replacement of human specialists is only a matter of time. This shift is predetermined by the second wave of automation, which focuses on artificial knowledge, low-cost sensors, machine learning, and distributed intelligence. Such a wide automation process will affect all types of employment: from physical to intellectual labor.

How The Rise Of Robots Will Change Future Jobs Reports - Video credit: youtube

Bill Gates, a billionaire and co-founder of Microsoft, recently shared a letter on his blog. If he decided where to go now, he would choose the specialties associated with artificial intelligence, energy or biology. In his opinion, over the next 20 years, robots will occupy millions of jobs, and terrorists will come up with new biological weapons that will have to be fought. Regarding energy, Bill Gates is confident that renewable energy will completely replace carbon, and this will require new specialists.

Demand for mathematicians and computer scientists increases every year worldwide. This increase is due to the need to analyze big data and explain market problems. In the second place, employment growth awaits architects and engineers. 3-dimensional printing, the sphere of robotics, and all automated production systems will need new skilled specialists.

Lawyers, prosecutors, and judges will most likely be represented by people - again, because of their humanity. I would like to believe that robots will not be given the right to kill themselves, which means that various power departments (police, army, etc.) will not be completely robotic.

Professions that are difficult to replace with a computer algorithm will also not lose their relevance.

These are medical professionals, choreographers, school teachers, sports trainers, foresters, and microbiologists. And many other professions. For more info about how robots will change the labor market, what the professions is it better to choose, what skills we should develop, check  my new Qerlo chat and find info about:

5. What professional skills will come in handy soon?:

a) Critical Thinking and Problem Solving   b) Internetworking and leadership

Welcome to chat with me on Querlo on the theme How Robots Will Change Labor Market In Near Future? (link opens chat in a full-screen mode):

When people hear phrases such as "robots will take our jobs," they often think of robotic manipulators that will replace assembly line workers. But let's face it: it was like this in the last century. Robots - or applications, or drones, or any other form that they can take - in the 21st century can be much more ambitious. They will begin to hunt for our best jobs.

The first wave of automation in the digital age occurred when a software technology replaced people in boring, routine, and repetitive processes - robots began to attach stickers to a car on an assembly line or print forms in triplicate. While this period was passing, it was worth worrying only for workers in factories that could lose their jobs due to the use of machines.

But the second wave of automation is a completely different matter: here we are talking about automation of more technical and creative, much less repetitive processes or some of their parts. In the 21st century, there will no longer be such a thing as a career that is completely protected from automation.

Despite the fact that robots are increasingly penetrating our lives, it is not yet necessary to say that in the near future, we will be able to shift all the work to them, and we will only rest. Robotics still does not accompany our life so widely and there are a number of areas where artificial intelligence cannot adequately express itself.

There are other areas remained beyond mentioned in the article, where robots are unlikely to completely replace humans. For example, it is doubtful that they will turn out good investigators because it is difficult for artificial intelligence to understand the motives of criminals. Mechanized assistants will be able to process information, engage in evidence, perhaps work out the most obvious, and statistically most frequent versions. 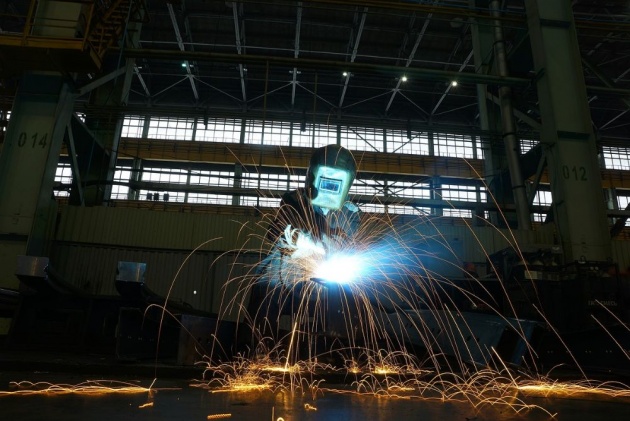 We can draw an optimistic forecast for the future, showing future changes in our lives - from virtual reality right at home and the economy on demand to artificial intelligence built into most manufactured things.

Some scientists say that a person will have the only guaranteed job - to come up with a new job for robots.