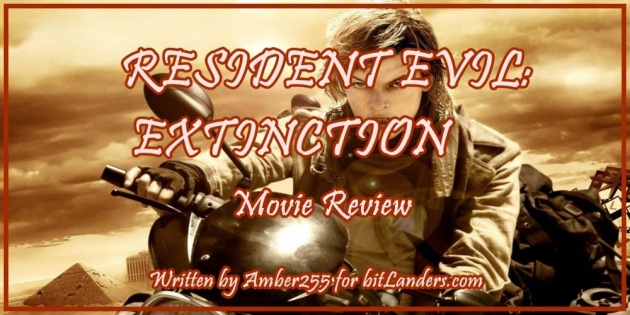 Paul Anderson decided to shoot his Resident Evil in isolation from computer games. The general outline of the story was approximately the same: the Umbrella Corporation of Evil created the deadly T-virus, which broke free and began to turn people into zombies. However, Anderson came up with a new heroine, Alice, created her a special biography and first launched her in the underground laboratory The Hive, and then already in Raccoon City. Fans of the game, with all the differences, met the first film perfectly, the second received a lot of criticism, but raised good money at the box office. Then came the third film RESIDENT EVIL: EXTINCTION.

Good box office indicators of the second 'Resident Evil' in a compartment with an open finale provided Milla Jovovich with a return to the role of Alice, the nightmare of Umbrella Corporation.

Sure the story doesn't exactly follow the games, but it created its own identity and was a well-written, competent story. The action scenes were well done, even if the zombies lacked blood and there was plenty to go around in terms of excitement.

After Alice was able to survive the atomic bomb explosion in Raccoon City, her body was modified, and the girl herself escaped from the clutches of Umbrella with her friends. But now Alice is a special danger because she is not completely able to cope with her new powers. Because of this, she had to leave her comrades and wander through the deserts in search of answers to her questions. But the past again overtakes her.

What the  RESIDENT EVIL: EXTINCTION is all about?

The third part of the zombie invasion with beautiful Alice (Mila Jovovich) this time told the viewer about the spread of the T virus around the world. Hundreds of millions of people turned into the dead, feeding on living human flesh, and those survivors who were lucky to survive began to unite in groups and seek salvation from the plague of the 21st century.

In general, the plot of the third part of Resident Evil does not have a special novelty. Alice sets off again, destroys the zombies, suffers a little and continues the struggle, which will not end. Everything is extremely straightforward, as in the last two parts. But the canons of the Paul W.S. Anderson's franchise were laid down a long time ago, and Russell Mulcahy, the director of the third sequel, did not want to change anything.

The whole earth is covered with desert. In complete unity with herself, Alice continues her thorny path of extinct and devastated land.

Her superpowers continue to mutate exponentially. While The Hive continues to experiment underground with the T-virus, Dr. Isaacs clones it with multiple samples, conducts experiments, and tries to get the anti-virus along with her strength.

We are introduced to new heroes and also returning Carlos and L.J., cool Claire, a cowboy, and a couple more survival squads with their children.

This is not the laboratory of The Hive and not the Raccoon City, where all the action takes place in a limited vacuum, and therefore, a short story from Alice about the spread of the T-virus is quite enough. The third part focuses on the fierce battle of the heroine Jovovich with the corporation and the much more terrifying extent of what is happening than one could imagine.

The heroes have already become a team, a friendly company in which, you will not believe, there is not a single traitor, not a single rebel and in general it is all so self-sacrificing that it can’t even be believed, it rushes to the promised land under the name of 'Arcadia' in full steam.

There is no doubt that after the second film the viewer needed the story to be continued because, from the plot of the Apocalypse, it was clear that the T-virus continued to spread.

In my opinion, it not worth it to much criticize a movie. Its creators honestly earned their bread, giving the viewer quality spectacles. Everyone tried as best they could, including Milla. Special effects, shooting, massacre performed at the level. One battle with crows is worth it! Another thing is that the third part is the third part, by definition, only in the rarest cases can it be compared with the first. Therefore, do not expect too much from the third part of the franchise.

Chat with me on Querlo about the film RESIDENT EVIL: EXTINCTION (link opens chat in a full-screen mode):

The film is worth watching for fans of good action. There is plenty of it. The battles here are very good, and one can only wonder how with such a budget, created something like that. Really bright and juicy.

This film is worth a go to consider in full detail the post-apocalyptic Las Vegas. If you were intrigued by the trailer, in the film, everything is much more detailed and impressive.

Resident Evil 3 is a great continuation of the franchise with a unique atmosphere and visual. It confidently moves the plot forward, allowing its creators to expand perspectives on further parts.

And yes, naturally the third part is worth a look because here the scale of the deadly event went beyond the limits of the reasonable - the whole planet was covered by a terrible infection. It’s clear that it’s impossible to cover everything in one film because it’s impossible to show for an hour and a half how people fight zombies in China, Russia, the Middle East or Brazil.

Resident Evil 3: Extinction, a generally controversial film, but we must give it its due, it is dignified and most importantly logical, it continues the story that began in the first films. This fantastic movie will be enjoyed by those who love zombie films and the effects of the Apocalypse. In this film, we see a new story and new heroes, and we see how Umbrella Corporation changed the World and keeps everything under control. 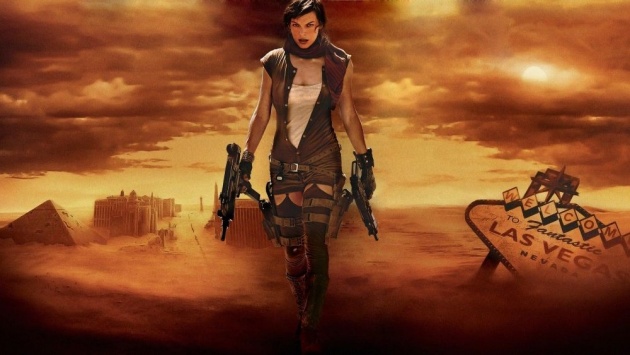