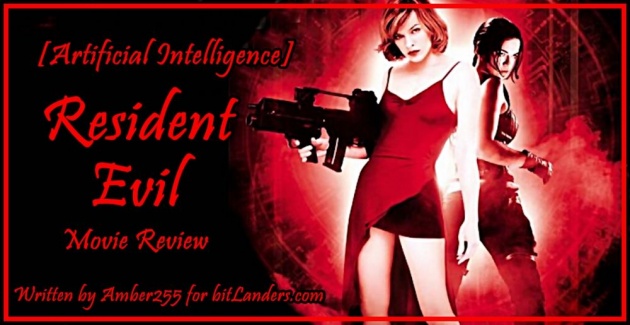 Making films based on computer games is a thankless task as much as writing reviews for them, especially if these films have already become classic.

RESIDENT EVIL - a great adaptation of video games, the best and most interesting horror about zombies! From the very beginning to the end of the action, the film has enormous attention, in every moment, in every scene, the film constantly has its development. In addition to this, it has a huge mysterious effect with a certain intrigue (which again says that you can’t take your eyes off the screen).

I watched this film again after more than ten years. After the first viewing, a storm of positive emotions remained, so it was not hard to decide to watch it again, especially when the film involves artificial intelligence and I wanted to recall all the details.

Red Queen: Even in death the human body still is active. Hair and finger nails continue to grow, new cells are produced, and the brain itself holds a small electrical charge that takes months to dissipate. The T-virus provides a massive jolt, both to cellular growth, and to those trace electrical impulses. Put quite simply, it reanimates the body.

If you expect a full transfer of the game’s events to the film, you can immediately turn it off, because all that makes the film adaptation of the game-related is the virus, the dead and the laboratory. Everything else is an innovation, and it’s successful

What is Film About?

RESIDENT EVIL-1 is the beginning of the zombie apocalypse, which occurred through the fault of one single person.

The plot tells of a certain T-virus that broke free from the underground laboratory of Umbrella, the computer brain of the Corporation, Red Queen (Artificial Intelligence), decides to put a serious answer - to destroy all employees of the corporation. This was a serious mistake, as the virus was designed to restore dead inactive cells in the body.

All the dead through the virus spreading in the air now come back to life. However, without an active brain. They are now ruled by only one need - the satisfaction of hunger.

To shut down the ruling Queen, Umbrella employees were sent to the corporation of this resident evil. Together with them, a certain immemorial heroine Alice, who must go along with them the thorny zombie path.

The so-called The Hive - that same laboratory, in an instant turned into a giant cemetery,

The film turned out to be very high-quality, and the tricks of Milla Jovovich are certainly worthy of praise. It is powerful, full of adrenaline, incredibly original in itself, and atmospheric zombie blockbuster. Best in its genre!

Director Paul Anderson created a bewitching horror that laid the foundation for the walking dead, fed on human flesh, which subsequently leads to the evolutionary mutation of these devourers of all living things - each time more powerful, stronger, and more bloodthirsty, leaving no chance of survival.

A few minutes in a country house, when the viewer has the opportunity to see the sky, trees, birds, are replaced by almost an hour and a half in the laboratories, however, the picture is not poor at all, on the contrary, the dynamic development of the plot and the regular change of locations lead to the fact that the special forces' journey together Alice and Matt are turning into a run through a maze, beyond each turn of which a mortal danger awaits the characters.

To get more info about RESIDENT EVIL, check my Querlo Chat and find out what I have to share with you on these themes:

Chat with me about RESIDENT EVIL (link will open chat in a full-screen mode):

The plot is interesting, although it has many unsaid elements, and the relationship between the characters for no reason is tied up with a strong knot. The action is set quite well, and in some aspects very well. For example, the scenes with the laser corridor and the hellish Dobermans turned out to be very spectacular, and this is probably the most interesting thing in the film.

Zombies have gained a classic look. The music is good in places, and some places superfluous. Of course, the film does not do without special effects, but they do not turn our attention to themselves. When watching RESIDENT EVIL, you are primarily interested in living heroes and try to get to the bottom of the truth with them.

As for the film as a whole, it pleases with its style, which does not rely on expensive computer graphics, but rather tries to be as mundane as possible in such projects. Paul W. Anderson directed RESIDENT EVIL as a tribute to the good old zombie horror, which is diluted with a small infusion of fiction.

The first part is much simpler and cheaper than the rest, and this is its charm.  The tricks used are understandable and straightforward.

You don’t see any special effects, graphics, or complicated costumes or dolls. Most of the suspense is pumped up by music or its sudden absence, mixed with imaginary and real dangers that appear either from the edge of the frame or from some part of the scenery - irritants.

RESIDENT EVIL is a living example for all followers of how to film computer games. Moreover, this film has become a favorite for many viewers, not only in the context of a zombie movie but in general. 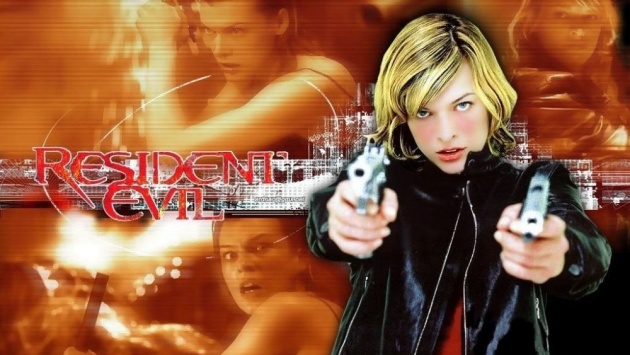