No, this isn't a prequel nor a sequel to the movie, Wall-e. It's the movie itself, and how it is interestingly connected to a subject in artificial intelligence.

Earth is in deep literal inorganic crap. A company, called the BuyNLarge, created a rocket ship which would send mankind in space until all pile of rubble is taken care of (by the same company). 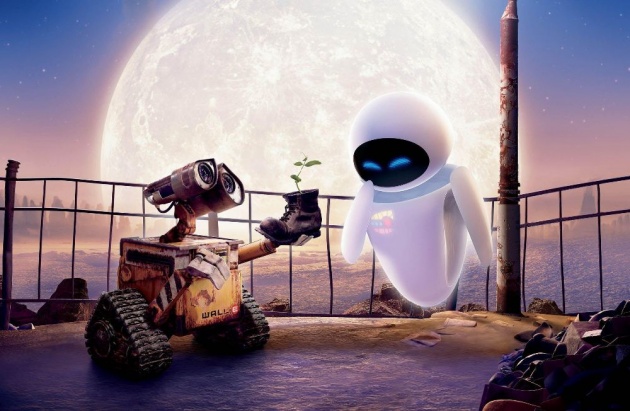 One day, he discovered vegetation among the scraps and another robot came looking for it, a robot called Eve.

Wall-e tagged along when Eve went back to the BuyNLarge rocket ship to submit the plant. He followed her everywhere, with his objective to protect her.

This plant was vital for man's return on earth, signifying that earth is now habitable. But another computer hinders their plan of returning...

After a roller coaster of events, Wall-e was convinced he needed to save humanity's wish of going back to earth, amidst the Wall-e project failure. So he sacrificed himself by being squashed with a piece of equipment just to send the rocket ship back to their homeland.

Wall-e developed sentience and personality because of a glitch in its system. He might probably develop this glitch over the years by being curious about interesting things in the garbage like lighters, bobble-head dogs, jewelry boxes and whatnot. 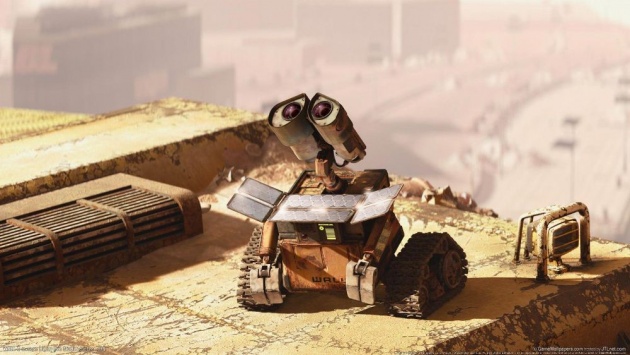 He's also self-sustaining. Whenever a part of his body breaks down, he looks for a spare and fixes himself up. He's aware of his needs, his desires and is dedicated to his life's objectives.

This Wall-e also has a favorite hobby of watching 'Hello, Dolly!' recorded in a videocassette tape. He once found a makeshift hat out of a garbage lid to mimic the dancing sequence in the movie mentioned. 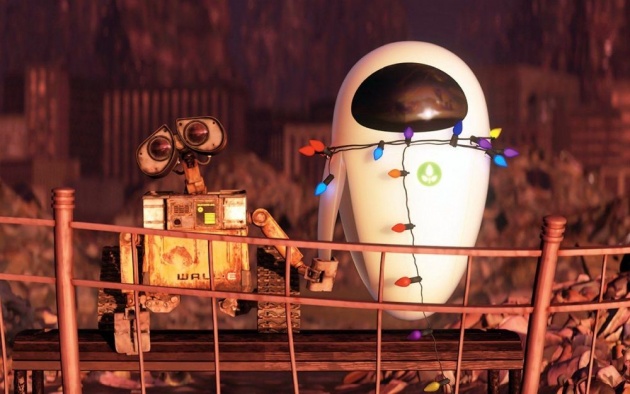 He has a cockroach for a companion, still, he still feels lonely. Until he met Eve. He was amazed and enamored of Eve that when she went into hibernation, he deliberately took care of her: clothed it in winter, shaded it from the rain, and jump-started her with his own electronic body.

In his adventure, he came across with humans and robots; with a touch of his personality, they changed and became aware of their surroundings or themselves, respectively.

To know more about the personality of robots in Wall-e and see how you relate to them, you can take this Personality Quiz below:

In the movie, Wall-e is seen aware of himself and his surroundings, a behavior in machine-made entities termed as artificial consciousness. 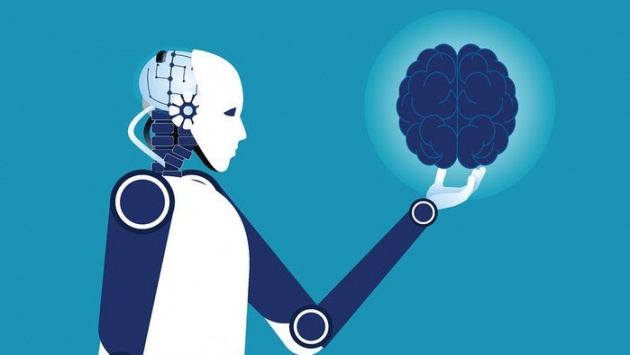 Some AC enthusiasts believe that if a computer can emulate minimal neuron behaviors and mechanisms to attain consciousness, a conscious machine can be made. This might refer to phenomenal consciousness.

While others believe that a fully synthetic consciousness is an impossibility. They have established the notion that it's improbable to break down some factors in the mind with computation, like memories. 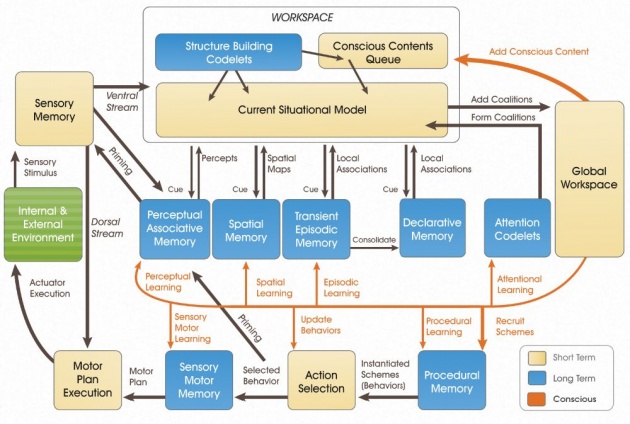 There are already programs—or prototypes—which apply “artificial consciousness” (by definition) in their architecture, such as LIDA, CLARION, and OpenCog. But do note, they only simulate one type consciousness.

Artificial consciousness seems like a leap towards AI technology, but working systems still lack that human-like state of robotic consciousness that others still look for. Somehow, it might be because it is the nature of technology to want to surpass its most recent innovation.

The Sentience of Robots

Consciousness and sentience are often used interchangeably, but the latter is the subjective feeling and perception of being self-aware or conscious. It answers the question: "what's it like or what does it feel?” 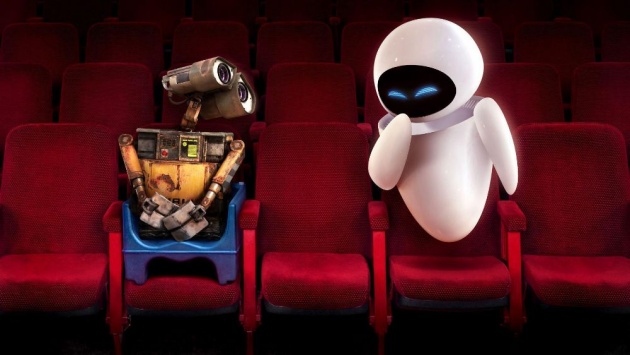 In Wall-e's case, even though he only utters few syllables, as you watch the movie you will understand what he is feeling: feelings of longing, fear, courage, and joy, expressed through his electronic parts. But these emotions are evident that even if as a robot, he feels something inside his metal body.

Robots that knows it has a mind and has emotions are still wonders of the distant future if experts will be successful in unraveling the solutions of creating a fully realized artificial consciousness, exclusive of some external stimulus and thinking on its own. It will be the future if they'll discover what would work.

There are two accepted theories that are useful for specialists in discovering what works: the Integrated Information Theory, and the Global Workspace Theory.

IIT and GWT. Video credit: Up and Atom via youtube.com

This is the study of consciousness in its most fundamental form. Integrated Information Theory presents how consciousness operates. Theorized by Tononi et al, it states that with consciousness, the sum of all information scanned cannot be broken down into smaller parts. 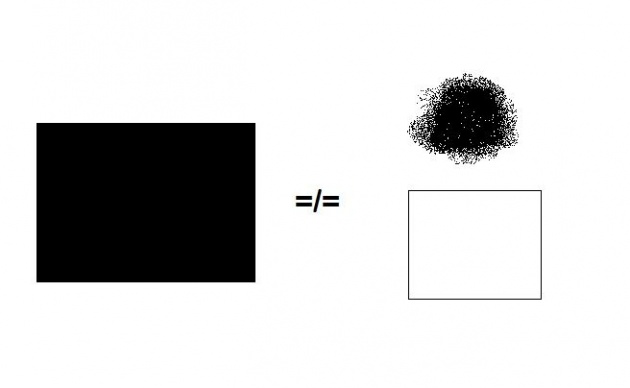 We show that IIT can explain many known facts about consciousness and the brain, leads to specific predictions and allows us to infer, at least in principle, both the quantity and quality of consciousness for systems whose causal structure is known. —Giulio Tononi

It aims to know the basic form of consciousness (axiom) and determines what properties uses up these in the brain (postulate) to produce experience. (Know more about it here: IIT).

Global Workspace Theory is likened to a Cartesian theater, whose area the limelight is pointing at is the conscious mind and the rest of the dark areas the unconscious. 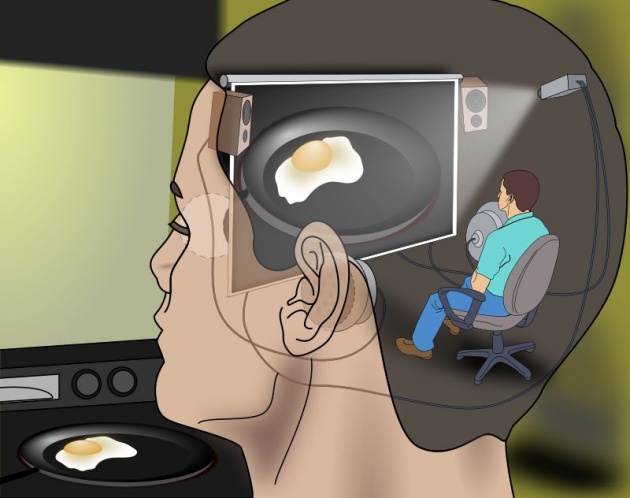 An example is a virtual blackboard that you can write any form of memory into, termed as a memory bank. When the computer gets this memory and broadcasts it from the blackboard, the blackboard (memory bank) represents consciousness.

Wall-e is an enigma in that he developed personality and sentience because of a fault in his system, whereas experts and scientists are determined with pin-point accuracy on how to make a fully functional, fully conscious machine. 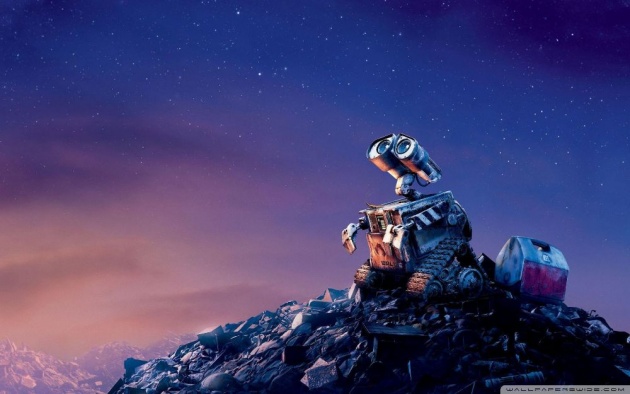 Wall-e is just fiction, but it still leads us to think if sentience can be developed over the years, by its own, even with faulty wires.

[Artificial Intelligence] Mind is a Computer: the Computational Theory of the Mind

Disclaimer: Wall-e is owned by Disney. This blog post is for educational purposes only. Seek further knowledge from an expert in the given field. Writeup made by lapiz-lazuli.