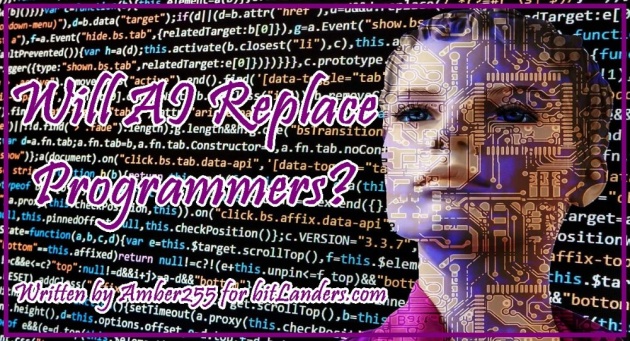 By 2022, 75% of businesses plan to implement IoT technologies, 73% - artificial intelligence systems, and 36% - quantum systems. In these areas, there is already a demand for relevant specialists: developers of quantum algorithms, IoT architect, and AI programmers.

In the future, the field of programmers will undergo radical changes: the combination of machine learning and artificial intelligence with code generation technologies will improve so much that by 2040 most of the code will be written by machines, not people.

Software development is expensive. And if technology can make it cheaper and faster there is no reason why the AI code shouldn’t happen.

It is said that in the future, many of the jobs that exist now will lose their relevance. Of course, I don't want to say that people should no longer study such professions as a programmer, but it indicates that the market will become much more competitive as it will be changed by AI.

Artificial intelligence, and machine learning, in particular, has experienced tremendous growth in recent years. Many companies create departments with data scientists and work on the implementation of AI in their business.

Programmers can fear to be replaced by robots no more than specialists in other areas of mental work. Some very simple types of work, for example, simple HTML or SQL can be automated, but some other require machines with a high level of understanding to do the task, the ability to generate logic and often find non-standard solutions, and this, in my opinion, it is hardly achievable in the future 5-10 years.

Perhaps layout, writing queries to databases, some elements of testing, including unit testing, can be replaced by an algorithm. But if we talk about programming automation, then the current research is still at a fairly childish level.

All these technological breakthroughs did not reduce the number of developers as a whole, and it continued to increase along with the development of information technologies and their penetration into everyday life. Problems with employment appeared only for those who did not want to keep up with the times, mastering new ideas.

The role of programs in creating new codes increases even without the influence of AI, but critical thinking and technical skills will not allow an intelligent programmer to remain without work.

About the role of programmers in the future

The role of programmers will not change much. But I believe that introducing some of the elements of AI will allow developers to greatly reduce the time for routine. Automatic refactoring tools, various auto-substitutions, code generators have significantly increased the productivity of developers. Even smarter assistants will be able to take this automation to a new level.

The demand for specialists in machine learning is constantly increasing, therefore, most likely, this skill will soon be useful to most traditional programmers. Programmers will be in demand at least until the invention of a real AI if one can be implemented at all. However, after that, everything, and not just programmers can suddenly turn out to be without work.

Artificial intelligence technologies are evolving, which makes it possible to automate the solution of tasks that were previously performed exclusively by humans, homo sapiens.

It seems to me that, in general, the situation with the penetration of artificial intelligence technologies into IT is not as dramatic as some people predict, and in general it is similar to the history of the development of languages and programming environments, which systematically led to the acceleration of the development process due to the introduction of additional automation and structuredness.

In my new Querlo chat you can find more info on these themes:

1. Why do we need computers and programmers?   2. Is the profession of programmer actual?

5. Should programmers fear to be replaced by AI?     6. Programmers in the future

Welcome to chat with me about Will AI Replace Programmers? (link opens chat in a full-screen mode):

Current programmers need to fear competition, not from artificial intelligence, but their fellow programmers with Data Science skills. Artificial intelligence and machine learning technologies will increasingly penetrate applications. They require an understanding of the principles of their design, development, testing, deployment, and support, sometimes very specific. For example, it makes no sense to test the face recognition algorithm by one, two or even ten photos on a demo page to assess the quality of its work.

Such clever algorithms in some places are significantly different from ordinary algorithms, and this must be specially studied.

I think that in the medium term, programmers need to be wary of competition from artificial intelligence. Because most programmers write code that is fairly routine and repeatable. Sooner or later, the solution to such problems can be assembled from components and this process will become automated.

On the other hand, those programmers who engage in creative tasks should not be feared. Solving such problems will be very difficult to replace with algorithms. In my opinion, the transition to such automated systems can take up to 10 years. Everything goes to ensure that the input, search, and cleaning of data will be automated. But data analysis is not so simple.

Such areas in IT as Data Science, artificial intelligence, and analytics will remain in demand for a long time. 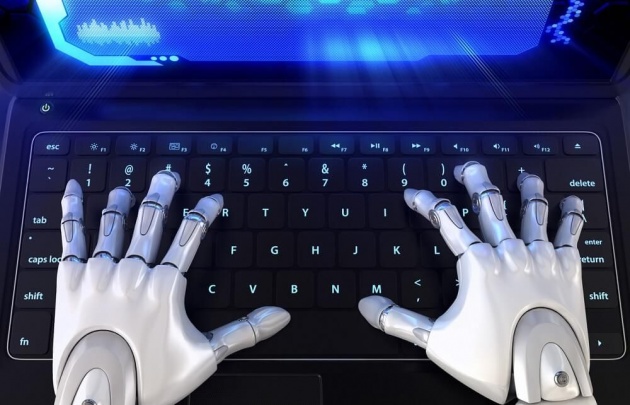 So can artificial intelligence finally replace programmers? It looks like in the future, probably, most of the work of current codding will be taken by AI.

However, the question of how quickly this will remain open. And in some cases, human intelligence can hardly be dispensed with even after a hundred years. And even if this happened, this does not mean that programmers would not be needed, they just have to take on slightly different tasks, such as monitoring code or improving machine learning systems.