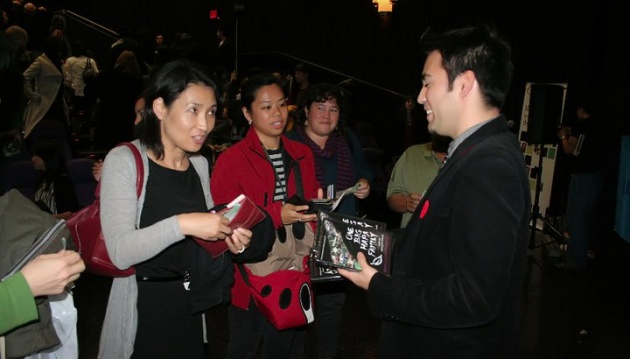 Recently, I was asked by some fourth year animation students attending the Emily Carr University of Art & Design in Vancouver, BC, Canada to answer some question for a Professional Practices class they were taking.  Since I also graduated from the animation program at Emily Carr...way back in 2001, I like to help out students in this way.  I remember being in their position and having a ton of questions before graduating into the real world.

Here are some questions about how I fund my personal projects, how to promote my films on the festival circuit, and experiences working with distributors!  Enjoy!

How do you fund your personal projects?

It depends on the project but normally I apply for BC Arts Council and Canada Council for the Arts grants since I consider myself a media artist.  Also, I get pre-licenses from broadcasters such as, Knowledge Network, CBC, Bravo, OMNI, etc.  Getting a pre-license can often trigger other funding avenues like the Canadian Media Fund (CMF) and other broadcast funding grants.

I’ve also self-funded some projects as well as run IndieGoGo campaigns.  Sometimes I funnel funds I make from other films into new projects. I’ve also received funds from foundations or worked with corporate sponsorships.  The most important thing is to make sure as a filmmaker you produce your own work so you have ownership of the project.  As well, it’s important to try to retain 100% creative control over your project.  This is the only way you’ll ever make money as a filmmaker since you have the ability to sell your project to broadcasters, distributors, online monetization, DVD’s, etc. after it’s done. 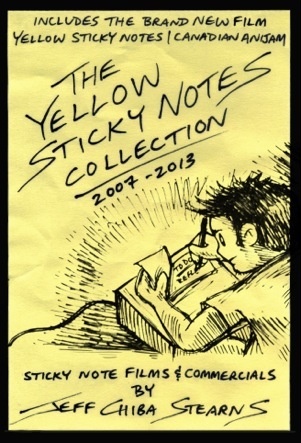 Where do your films go once they’re finished? Who sees them?

I always start with a healthy festival run.  Applying to top teir film festivals first like Sundance, Toronto, Ottawa, Berlin, Clermont-Ferrand, Tribeca, etc.  Then I go for second tier film festivals and then niche festivals.  After the festival run which can last a year, I’ll do a small theatrical run if possible and then go for television broadcast and VOD. This depends on if the film is short or feature.  Shorts you have different windows of opportunity so you have to do what’s best for getting it out there and making money.

During the festival circuit, I’ve experimented with selling DVD’s and it’s been successful but DVD’s are being phased out so it’s important to keep up with new trends.  The last place the film goes is online...like online platforms like Film Annex.  I’ve had success with online monetization of my work as well as gaining a lot of commercial contracts from the online exposure so it’s definitely worth making the film available online at some point if not right away if you’re trying to find work and gain exposure. Short film digital downloads are a tough sell via iTunes or other platforms so I find streaming is still the way to go for shorts these days and utilizing ad-share revenues. 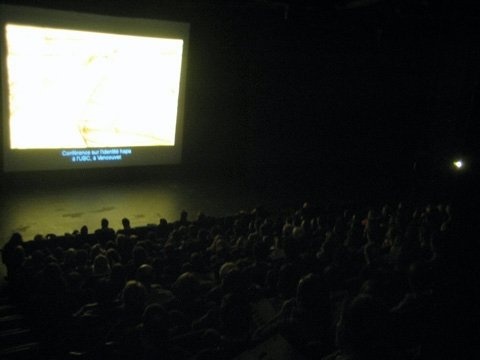 What are your experiences with distributors? Is it possible to negotiate contracts when working with festivals?

Personally, I like self-distributing my own work to festivals and make my own sales.  It’s getting harder to do this.  It’s a lot of hustling and most artists hate this.  I used to work in marketing and promotions in university so I get how it’s important to brand your film.  It makes no sense to spend months and years making a film if no one is going to see it.  Promotion is critical.

Since my work is animation and documentary, it is very popular for school use and particular curriculums. Therefore, I do work with Moving Images Distribution who handle all the educational sales of my films to universities and colleges.  As well, I’ve worked with Ouat Media to distribute my short films commercially to international broadcasters since it’s hard to deal with broadcasters as a sole filmmaker when it comes to shorts.

Always remember all contracts can be negotiated and you can negotiate the split on revenue like a 50/50 or a 60/40…even a 70/30.  It really depends on how bad a distributor wants to represent your film.  You can also negotiate length of the term or license and non-exclusive or exclusive rights.  I prefer to make decisions on what film festivals I will apply to which can be a lot of work but at least I know where the film is going to be screened and I can make decisions if I want to attend.  As well, some festivals pay screening fees, but this is getting much more rare these days. Although, as an example, since my short animated film Yellow Sticky Notes | Canadian Anijam premiered in January 2013, I've made about $500 on screening fees, which I feel is pretty good.  Although, I've spent over $1000 on film festival submission fees!  At the end of the day, it's all about getting your film seen and finding ways to monetize on your product so you can keep making more films!

* I'll be posting Part 4 and 4 in the next few days.  Keep updated with new blog posts and video uploads by subscribing to me here on Film Annex.  Thanks!