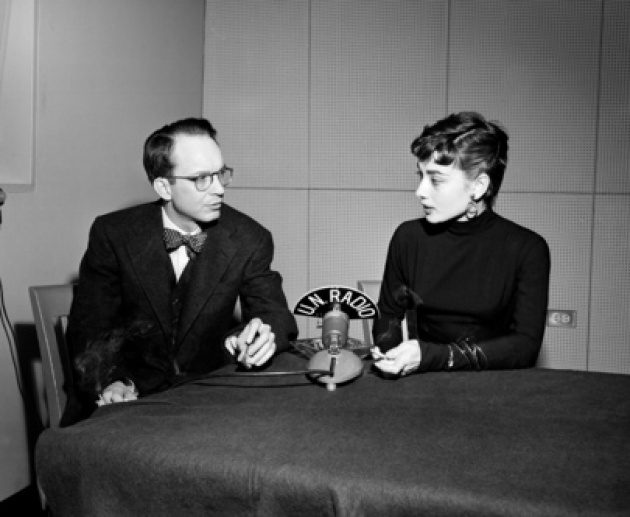 Audrey Hepburn was one of original Goodwill Ambassadors noted for committing her charisma, charm and notoriety on behalf of the Globe's Children via UNICEF. She continued her efforts until her untimely passing from cancer in the early 1990's, when I also served as Bosnia & Herzegovina's Ambassador to the United Nations. What may be less known though is that even before Hepburn became the biggest of stars, she was already active on behalf of the UN and its causes related to children. She was one of the original links between popular culture and the United Nations (as evidenced in this pictorial archive of Hepburn's work). The first two UN photos from 1953 Caption: "Actress Audrey Hepburn Interviewed at U.N. HeadquartersAssociated Press reporter William Oatis interviewing the well-known actress Audrey Hepburn at U.N. Headquarters a few moments before she records a program for U.N. Radio." 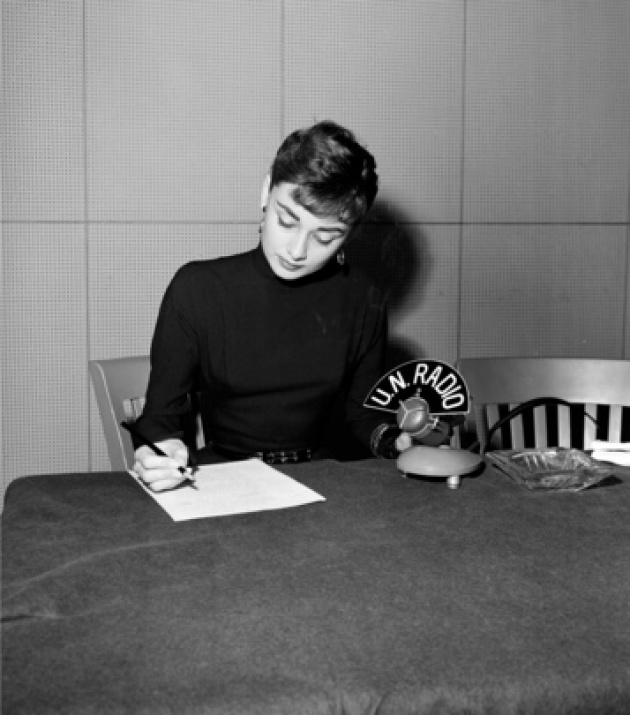 Below 1991 UN Photo: "Child Immunization: A Global Achievement. In a meeting commemorating the forty-fifth anniversary of the United Nations, Secretary-General Javier Perez de Cuellar called for Universal Child Immunization with a global target of 80% coverage of children under one year by 1990. Some 74 governments and more than 600 voluntary organizations supported the commitment. Today the World Health Organization (WHO) and the United Nations Childrens Fund (UNICEF) announced that the goals were reached, saving millions of young lives in the past five years.Actress Audrey Hepburn, a Goodwill Ambassador for UNICEF, addresses the gathering." 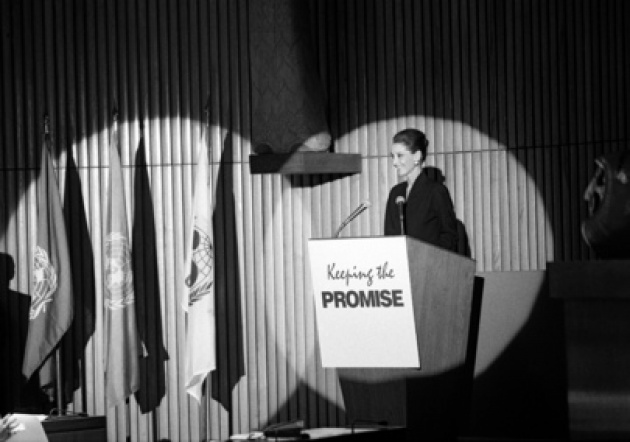 Below 1989 UN Photo:"UNICEF Holds a Press Conference. UNICEF held a press conference as the General Assembly adopts a United Nations Convention on the Rights of the Child. From left to right are James Grant (executive Director (UNICEF), Jan Martenson (Under-Secretary-General for Human Rights and Director, United Nations, Geneva) and Audrey Hepburn (Goodwill Ambassador of UNICEF)." 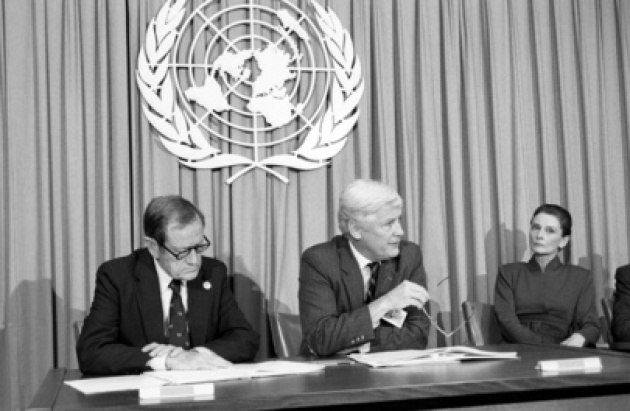 Below 1989 UN Photo: "General Assembly Adopts Convention on Children. The General Assembly adopts a Convention on the Rights of the Child without a vote. Seated in the foreground from left to right are Jan Martenson (Under-Secretary-General for Human Rights and Director, United Nations Office in Geneva), Audrey Hepburn (UNICEF Goodwill Ambassador) and James Grant (Executive-Director of UNICEF)." 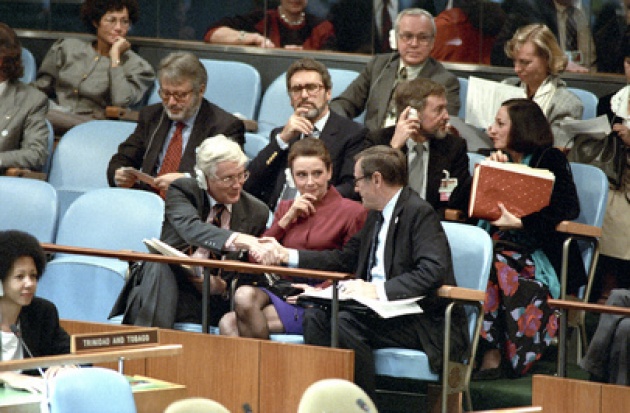 Below 1989 UN Photo: "Scouts Visit UN in Conjunction with a General Assembly Convention on Childrens Rights. As the General Assembly votes to adopt the Convention on the Rights of a Child, various groups of children visit the United Nations on this historic occasion. Left to right are James Grant (Executive-Director, UNICEF), Jan Martenson (Under Secretary-General for Human Rights and Director, United Nations Office at Geneva) and Audrey Hepburn (Goodwill Ambassador of UNICEF) along with two boy scouts." 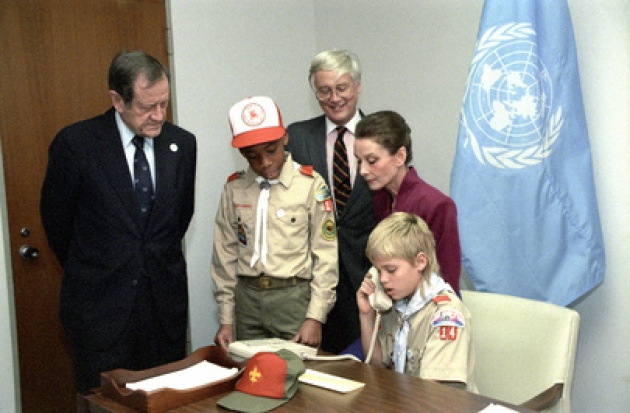 Today did not start well, to be honest. Barely got any sleep at night, my child was waking up so oft…

Our Children Our Social Responsibility

WomanSo soft an tender,when we love we love completelyWhen we take up a responsibility we see it unt…