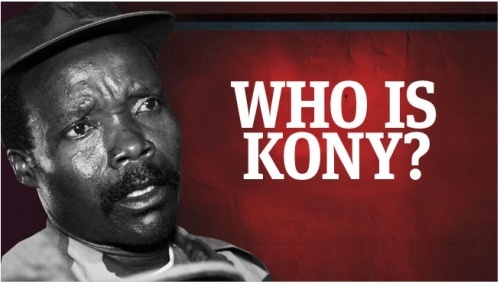 The name Joseph Kony is a name that probably doesn't sound familiar to many people. The earth has 7 billion people and recently Joseph Kony has become one of the most talked about individuals around the world amongst quiet citizens and high profile personas. Who is Joseph Kony?
Now, personally I've never heard of the name Joseph Kony or what makes him stand out or relevant news. Before going to bed, I checked the usual social networks just out of habit. I saw the trending topic "KONY2012" on Twitter and discussions on Facebook about this person. It's fascinating how fast information spreads with the power of social networks.
To keep up with current events all over the world  like this requires you to have the essential tools, social networks, and the internet.  Just to get a basic understanding of who this Joseph Kony was, I really needed to do some research. From video blog sites to online video platforms, not a single thing was positive.
For those of you who don't know, Joseph Kony Is #9 on the world's most wanted fugitives list. He is the leader of the Lord's Resistance Army in Uganda. Kony is known for abducting young children from their homes. He turns the young males into child soldiers and the young females into sex slaves. If they refuse to go along, they are killed.
Nearly 30,000 children have been abducted. This has been going on for the last 26 years.
Independent filmmakers such as Jason Russell have made it their duty to bring global awareness to these horrific acts against humanity. The campaign "KONY2012" is simply a way of getting everyone to know about the actions of Joseph Kony. By taking frequent trips to Uganda, Russell has used this knowledge to create the short film, KONY 2010 which raises the support to arrest Kony and bring him to Justice. This film was released on March 5th. By March 8th, nearly 40 million people have seen this short film.
Be informed, do your research and see how you can help.

My name is Garry St. Leger. I started doing Judo at the young age of 8 years old with my twin brother in Brooklyn New York and continue to still practice this wonderful sport. I've trained and competed all across the world and met many different people through my sport…