BACON AS AN ESSAYIST

Bacon is of great importance in the history of English Essay. His essays have become the classic of English language. They owe this position not due to their subject matter but for their unique style and fine literary taste. Bacon can rightly be called the father of English essay. As Hugh Walker says:

"Bacon is the first English essayist."

Bacon borrowed the general conception of his essays from the French writer and philosopher Montaigne. It is said that if Montaigne gave birth to essays in French, Bacon took the responsibility of maturing this newborn baby in English. His essays "are the grains of salt which will rather give an appetite than offend with society." The credit of being the first English essayist goes to Bacon. He lived in a time and country where life was full of vigour and seriousness. In comparison with Montaigne's thousands of words, Bacon's essays consist of few words. According to Hudson: 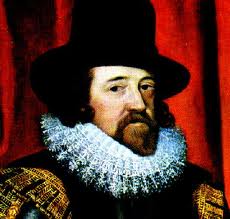 "His essays are loaded with ripest wisdom of experience."

"His essays achieved popularity that his other works have not."

Though the concept of essay has been taken from Montaigne, yet Bacon has very little in common with him. He takes the bottle from Montaigne but fills it with the wine drawn from his own mind. Bacon has an unrivalled ability of packing his thoughts in the shortest possible space.

In his essays, Bacon deals a variety of subjects and he ignores no sphere of knowledge and experience. He deals with different subjects as love, marriage and single life, death, adversity, parents and children, garden, travel etc. They reveal that their author is strongly imbued with Machiavellian philosophy and practical approach to man's general tendency.

The first edition of Bacon's essays appeared in 1597 and it had only ten essays. Bacon called them the "Fragments of My Conceits". They were merely jotting put down on paper in aphoristic style. Bacon thought them unripened. In the second edition, Bacon took the meaning and significance of the word "Essay" in a better manner. However, his essays are still in brief notes.

In 1625, the third edition of "The Essays" was brought. No longer did he call them fragments or brief notes. This journey from Bacon's first edition to third edition is enough to realize Bacon's contribution to the development of essays.

The subject of Bacon's essays is man. Bacon is a man of Renaissance age in true sense of the term. He considered man to be important and the world in which man lived of greater importance. The essays are valuable guidelines to men who want to achieve success in the world. The main subject, so, of Bacon's essays is the art of success among men. G. M. Myer in his book "Modern English Literature" says that "Human nature and how to manage it" would be a good title for his book of essays. He points out to men to the part, which they should play on the stage of social life.

In his essay, "Of Truth", Bacon discusses that there are people who do not like truth and it imposes restrictions on their free will and it is against their ambitious nature. It is utterly unpleasant. People must be aware of it that nothing is more shameful than to be found false. God hates lie more than any other sin. He tells us that knowledge of truth, inquiry of truth and belief in truth is the highest good of human life.

"It is heaven upon earth to have man's mind move in charity,

rest in Providence and turn upon the poles of truth."

In his essay "Of Revenge", he starts the essay with "revenge is a kind of wild justice". He describes that revenge puts law out office; it keeps the others wounds green. It is ignoble but at the same time Bacon relates to the occasions when revenge is taken openly and when it is allowable and tolerable.

In "Of Marriage and Single Life", Bacon gives his own arguments in the following way:

"A man that hath wife and children hath given hostages to fortune."

Then he discusses that married man is more patriot than a single man is. He thinks for the welfare of his country and public. He says:

never best subjects because they are light to run."

"Of Death" becomes more striking and surprising in beginning:

"Men fear death as children fear to go in dark."

Death is as natural as birth. Revenge, love and honour make a man bold to meet death. Hugh Walker remarks about Bacon's essays:

"His essays are brief and full of condensed antithetical

sentences which have the proverbial expression."

We can refer to the words of Ben Jonson in praise of Bacon:

"No man ever spoke more neatly and more wittily than Bacon.

Bacon's essays have a peculiar charm and taste of their own like grains of salt. They may be read and re-read, successive reading would not cloy the appetite. Just as the addition of salt makes a dish tasty and appetizing so also Bacon's essays rather sharpen the hunger of the readers for knowledge. Will Durant says:

in large quantity at once but taken four or five at a time, they are

the finest nourishment in English."

To conclude, we can say that Bacon is a great essayist. These essays are proofs of Bacon's intellect. Bacon is very wise man and moral and worldly wisdom is reflected in his essays. Although, Bacon is called the father of English essays yet he cannot be ranked with the essayists like Charles Lamb and Montaigne. He has unique status among all the essayists.