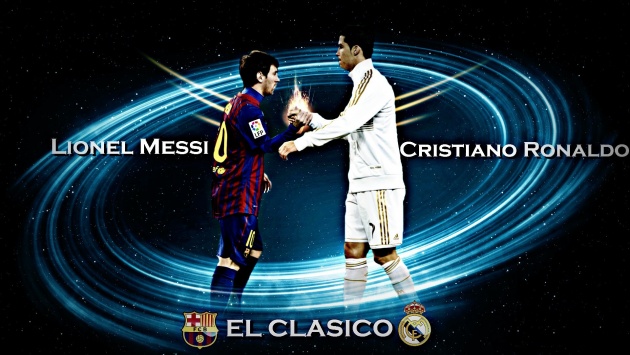 Barcelona and Real Madrid are the two biggest clubs in the world, there are not many who can challenge their position in the world of football. No one can challenge their status, neither by wealth, status and nor by the players both teams are comprised of. Both teams have dominated the European Football for a long time now, whenever these two teams have met the produced classic encounters, matches filled by the display of extreme quality of football and greater value. Barcelona and Real Madrid rivalry is the biggest in the world followed by millions of people it needs no introduction but the name El-Clasico is the only representation. El-Clasico the grand stage for the world’s best, Romario to Figo, Ronaldo to Raul and now from Lionel Messi to Cristiano Ronaldo all the best players in the world football have forever performed in this competition. The first match was played earlier this season on 26th October 2013 at Camp Nou where Barcelona won by 2-1 with goals from Neymar and Alexis Sanchez, by then, Barcelona was in full confidence and were leading the league table. This time Barcelona was on bad run and their previous few matches were in shaky style, while Real Madrid were in full confidence and gunning from all cylinders and scoring all over. Barcelona’s recent record at Santiago Bernabeu have been good and the Barcelona on number of occasion have produced good results out of the Clasico. 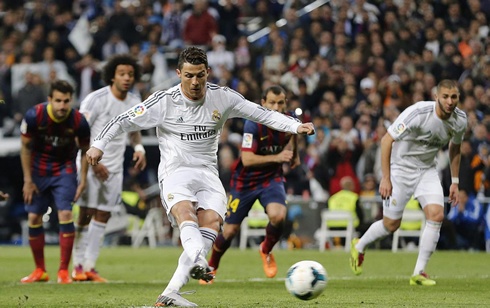 This past Sunday both teams met in a much more important match then the previous match, it now the course to the end of the season and the result has the most importance on the final table of the league. The teams were separated by only four points at the time when the derby was played, Barcelona had it all to do to have a chance at the title. Real Madrid win could have moved them seven points clear of Barcelona and would have got the best advantage over their fierce rivals in the race of the title. Now a days the domestic titles are considered more important by the biggest teams to have all edge over their most nearest rivals. Both teams fielding strongest possible squads, Barcelona playing with Messi, Neymar, Iniesta and Pique while Real Madrid fielded Cristiano Ronaldo, Gareth Bale, Modric and Karim Benzema. Real Madrid had the better team against Barcelona and should have won 9 times out of 10 against Barcelona on any other day. 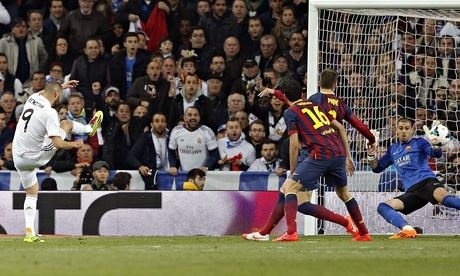 The game started well but a sudden goal from Iniesta changed the dynamics of the match and putted lot of pressure on Real Madrid, however, Real Madrid bounced back after few minutes and Karim Benzema scored two quick goals on 20th and 24th minutes. At that time Real Madrid got possession of the match by leading 2-1 but right before the half time Messi scored and nun could stop him from scoring the perfect goal and leveling the match in the half time break. 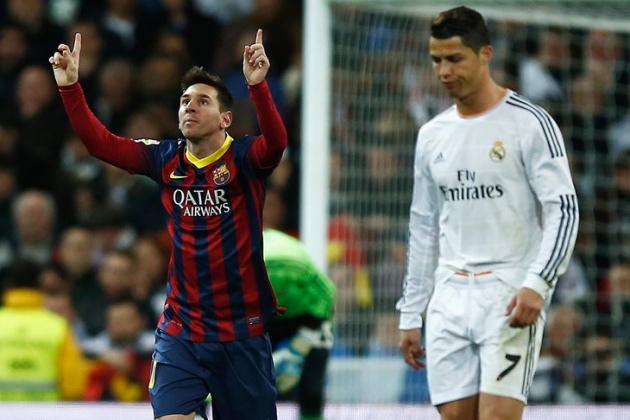 It was expected that next half would again be of greater excitement, Cristiano Ronaldo was given penalty due to challenge by Daniel Alves and with Ronaldo converting the strike and giving Real Madrid a real edge over Barcelona in the match. However, the referee mistakes came in again the same as history suggest, Sergio Ramos was given straight red card for his challenge on Neymar, Messi converted the penalty the match was leveled again. Then again in 82nd minute of the match Barcelona were awarded another penalty which Messi converted into goal and completing hattrick for the night and registering his name as the All Time Leading Goal Scorer in El-Clasico. No doubt Messi is one of the greatest in the History but this match was disturbed by poor refereeing and the history shows that balance of power was shifted due to referees and it seems like every referee is a fan of Barcelona or seems like he plays for Barcelona or is purchased by Barcelona. The football body seems quite on this matter but this is an injustice to football and the beauty of the game.