For couples and lovers, February is known as the Love Month but for the artists, it is also called as the Art Month. Yes, we bid goodbye to February already and only one week left for March to end but still, I will going to share you my Basic Drawing and Painting Workshop with Studio One. I finished writing this blog weeks ago but I haven't spared time to format and then submit this blog because of the hectic schedule since the month of February.

Going back to the topic, this art workshop was the first art workshop that I've attended this year and the second art workshop so far. Even just for a bit, hesitation did not occur to my mind and immediately mark it on my “To-do list” on February 14th. Yes, the workshop was conducted on Valentine's day which makes my V-day a more special one.

The first part of the workshop is the Basic Drawing. Me and my co-dancer, Janey, were the first to arrive then 30 minutes or more, another one arrived. The last one to arrive was my sister @goiinmary. When we were just two, we were asked if we do arts, but both of us were very hesitant to answer it. Instead, Janey told the instructor that we're beginners and we just want to learn the art.

Actually, we are not beginners since both of us do arts but technically speaking, we are. The instructor asked us again, and then we decided to say that we draw and mostly it's anime. Then she asked to let her see some of our works so she can assess us. 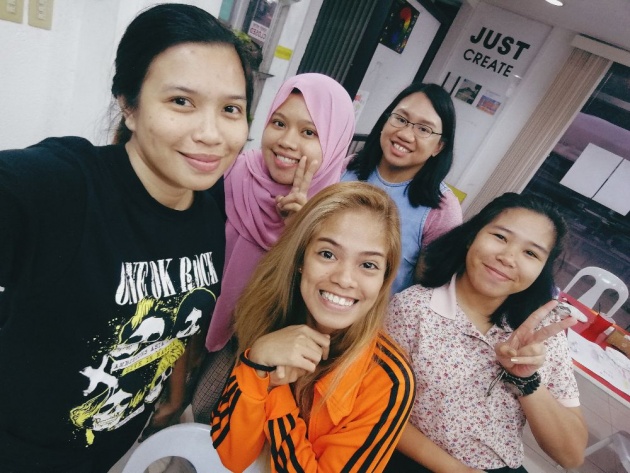 Image Credits: Caryl Keen (The one wearing an eyeglass is the instructor.)

Our instructor forgot to introduce herself but based on my observation and her conversation with her friend of which I think her classmate in college, she studied Fine Arts in Cebu. Two hours had passed and that was when she remembered that the introduction has been skipped. But, she only mentioned her name, Ma'am Ann(e) and she's the main instructor in Studio One. 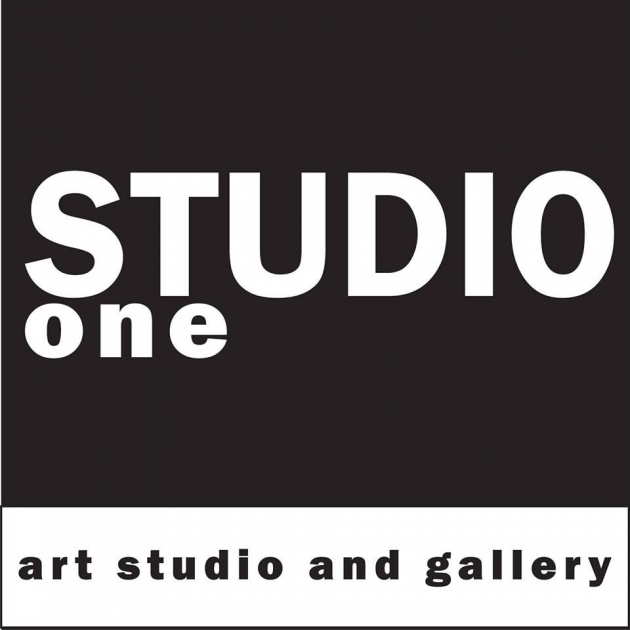 Studio One is a located at Bagong Silang, Iligan City. They sell art materials and offer Art Workshop, Summer Art Classes, and regular Art Classes both for beginners and intermediate. They also offer art classes for groups and team building activities.

The following are the classes offered in Studio One:

This drill is the hardest, I must say. We were instructed to draw the object in front of us. I immediately think of it as an easy task since it was just a small jar, but the instruction was not yet done. The twist was to draw it without looking at the paper nor lifting the pencil, though crossing over is acceptable. 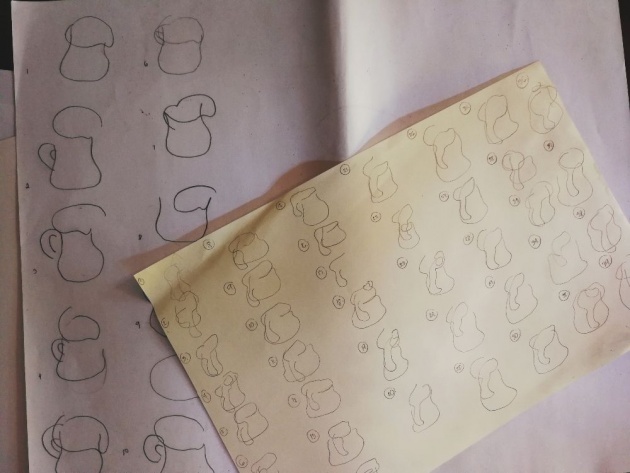 The memory and focus were the targets of this drill. We were given 15 minutes to memorize the details. The rules don't apply on this 15-minute practice so, we were allowed to look at our paper. The technique is while staring at the first part or the first point you set on the object, try to imagine as if you are tracing it.

We kept on doing this until there's one drawing has a closer and clearer version to the jar before we can proceed to the next activity. Our instructor told us that it's normal that our drawing will not look like a jar at all since this session is good for a one sem class and we just compressed it to an hour session. Nevertheless, it still gave us a good amount of frustration.

All of us had almost an hour to have an acceptable drawing of the jar. I admit, I barely made it since it was really hard. But, with an hour of art every day or thrice a week, it's possible to do it with no sweat at all.

In the workshop, we drew nine (9) small boxes and shade them from lightest to darkest. It was hard to control the pencil. I kept on shading the three boxes of the same tone. Holding the pencil is a bit awkward, but it's more of a professional way. The pencil should be not greater than 10 degrees from the paper. The pressure you put on the pencil depends on the lightness and the darkness of the tone. 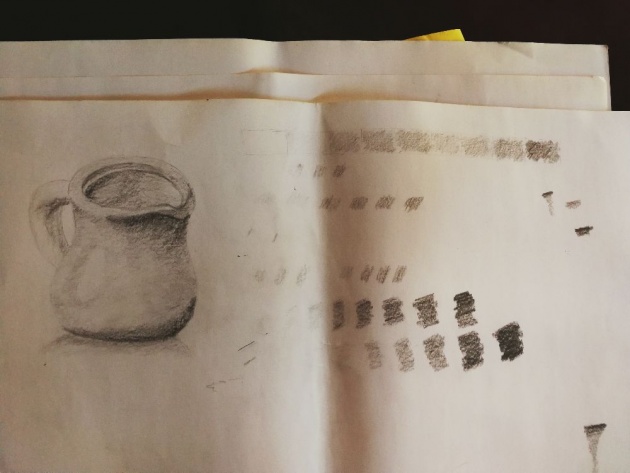 After learning the basic of drawing, we sketched the jar and then shade it. It is important to distinguish clearly the changes in the shade from light to dark and vice versa.

Ma'am Ann did a quick sketch. She showed us how to sketch properly and how to distinguish the shade. As she was doing it, it seems like it was the easiest, but again, it's not! Nevertheless, each one of us had presented a satisfying output. 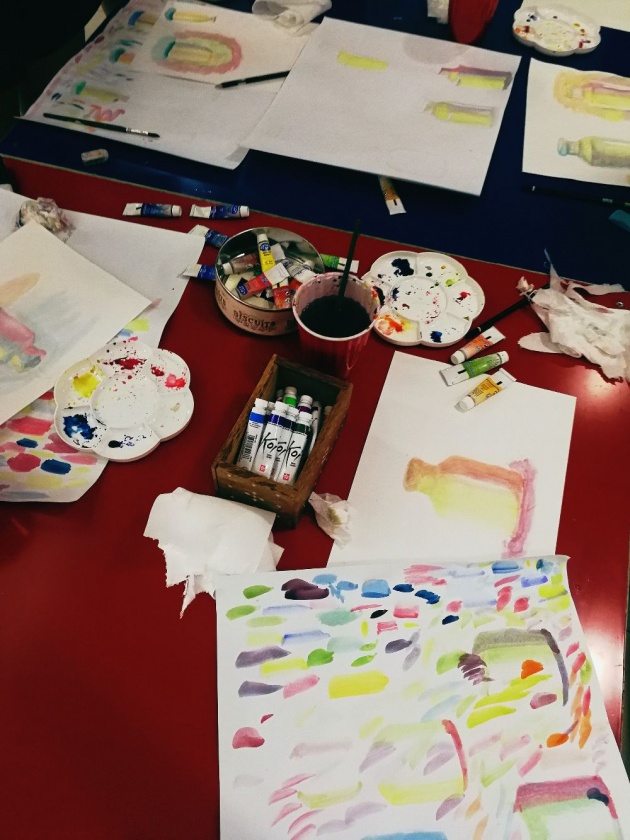 The Basic Drawing was the first level of the workshop. The second and the last workshop of the day was the Watercolor Painting. I honestly don't know how to play with colors which make this workshop bit harder than the basic drawing.

Paints and brushes were given with one cup of water for this session. A little introduction was presented. Ma'am Ann did a quick sketch and then paint the jar placed at the front. Like the Basic Drawing, we're going to sketch the white jar in front of us and then paint it with any colors that we prefer. 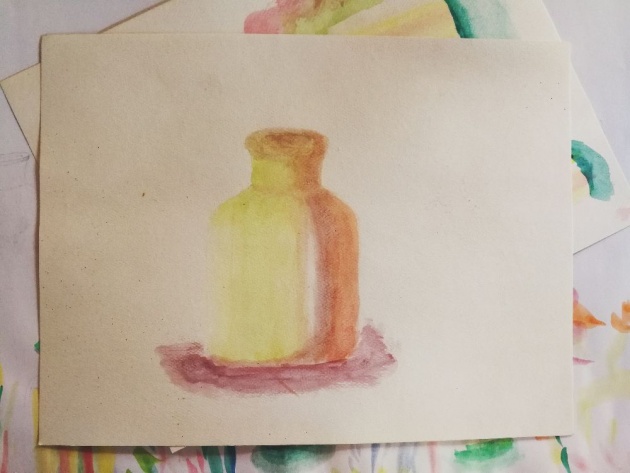 As an art enthusiast, this workshop is a good step to learn more about art and this includes in identifying your own style, learn some new techniques and of course, knowing the Dos and Dont's. For as low as Php 300 for the annual membership card, I was able to participate in this kind of workshop and honestly, it was worth it!