Bathroom Designing Ideas You Should Go For

A bathroom is an extremely private space where people retreat for a variety of chores, including bathing, and in the process relax, rediscover, realign and restore their tired muscles. It is also a place which oozes a sense of sensuality and excitement. No wonder then bathroom designing is considered a tough job that requires creative mind and technical know-how. However, it still revolves around three fundamental rules; seamlessness, luxurious looks and of course functionality. These goals are typically accomplished through some brilliant ideas, innovative and modern bathroom fittings and bold accents. 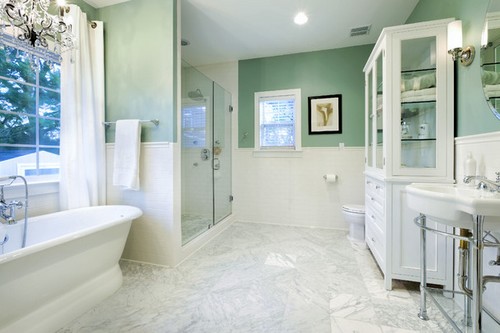 Integration of several luxurious elements is one of the top bathroom designing trends. Gone are the days when a bathroom sported a single tub, shower, mirror and a vanity. Today, home owners and designers want this space to offer much more. Now, that may sound contradictory, but the fact is bathroom features and designs have evolved over the years. This space has turned into a luxurious retreat, a private escapade where people indulge in steam showers, Jacuzzi, sauna and body sprays which typically relax mind and tired muscles.

These fixtures and accessories are typically integrated in a glass cubicle which occupies one corner of the bathroom. This glass space also boasts single or multiple benches, LED lighting and thermostatic valves which offer instant nirvana. It also adds a touch of glamour and character. 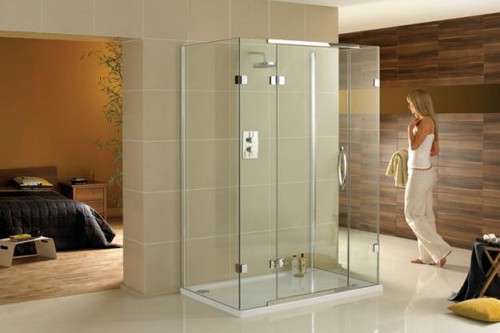 As mentioned above, bathrooms integrated with spa features have become extremely popular these days. However, this form of integration needs an enclosed space, also called glass showers.

Keeping with the modern and sophisticated design trends these glass cubicles are built without frames. This in turn makes sure that even the most compact bathroom appears big. Yet another element which accentuates its transparency is the use of frameless shower which simply merges with the roof. Unlined chrome handles and hinges make sure the entire space complements the rest of the bathroom decor. 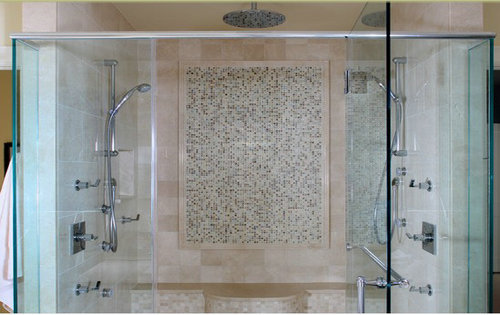 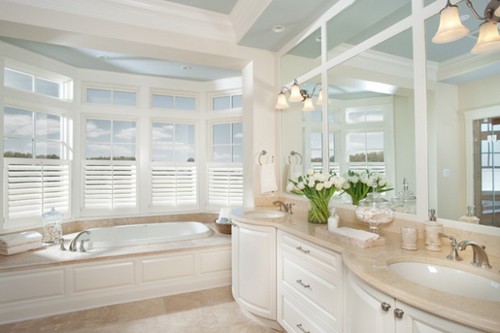 Bathroom designers have once again turned to nature for inspiration. It is not uncommon these days to find this space decked with a single large mirror sporting a frame made from synthetic wood or actual tree bark. Some of the designers and home makers have gone one step further by building a small discreet garden in one corner, literally bringing the nature inside the bathroom. For those who cannot afford such a luxury there is an option. You can simply deck up one of the walls with synthetic grass. It looks real cool and offers a soothing sensation.

Heated flooring and hands free faucets are some of the other salient features of bathroom based on coastal inspiration. 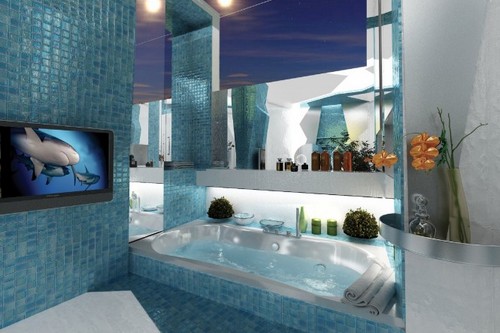 Gone are those days when mosaic or glass tiles were used for building swimming pool or backsplash. Today, these square beauties come in an array of materials, colours and finishes allowing designers to built walls which are unique, complement the rest of the bathroom decor and also easy to maintain. Classic tiles tend to fade, chip and support growth of fungus. Glass tiles on the other hand are free from these limitations or issues. Computer generated images are utilised to create one of its kind pattern which breaks the monotony of regular wall coverings. 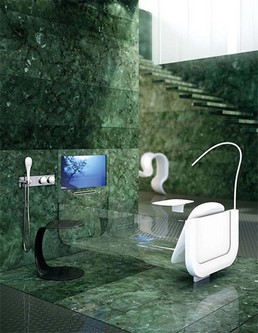 So what are invisible bathrooms? These are shower zones within the house which otherwise appear like passageway. They are similar to an automatic car wash station. Walk-in bathrooms can be a part of a bedroom or even neutral space. As mentioned earlier they boast common tiles, wall colours etc but double up as shower area with the flick of the button. The showers are typically mounted high and the floor has small striped openings for water drainage.

Yet another design trend which is becoming quite popular with designers and home makers is the use of smart faucets and flushes. Although they do not enhance the glamour quotient, their internal design offers several revolutionary effects and features. Aerated water flow is one such effect which not only saves water and covers large area but feels good too. Designers typically fit dual flush toilets. 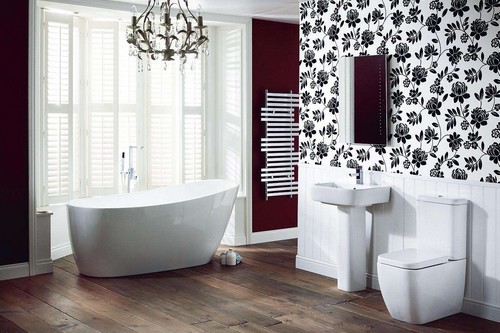 White tiles and chrome fittings are passe. Today, designers are experimenting with extreme combinations. Glass sheets, steel grey tones and gold or polished nickel accessories have become the new bathroom stars. The use of intricately fitted LED and associated light fixtures is yet another feature which is synonymous with this type of setup. It typically accentuates a particular area or an arch. This mystical ambiance is perfect for young couples and even those who like to add a touch of excitement. 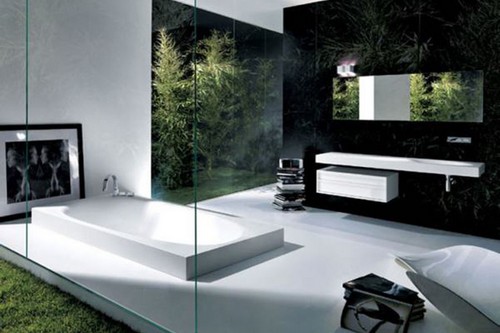 As the name suggests bathroom concept developed along the minimalistic lines tend to boast a clutter free space. The centre of attraction is the tub or a slightly raised platform with a large overhead multi-jet shower. The rest of the space boasts just a couple of counters. Of course, this does not mean the space lacks storing capacity. Storage areas are typically camouflaged or hidden behind a mirror. A couple of randomly scattered plants complete this form of design innovation.

Do Good and Get Good..

I am simple but behave stylish, look simple but do complicated, looking hot but i am cold.. :D

Parades, models, clothes... This is the life of those who choose to work in the Fashion Market. Do y…

How to Make a Customized Mug Design with Photoshop CC

Hello, Bitlanders!! I've been wondering what other things I might share with you. I 'm not really go…