Before Captain America: The Winter Soldier...

Before Captain America: The Winter Soldier (2014) hits theaters this summer, let’s take a look back at the previous film incarnations of one of Marvel’s most popular superheroes.

Captain America first appeared on-screen in a 1944 serial very loosely based on the comic-book character. Made up of 15 chapters, and featuring such characters as The Scarab, this is a mostly forgotten adaptation, little seen.

Next there was the two made-for-TV movies starring Reb Brown as Captain America. Both movies (directed by Rob Holocomb and Ivan Nagy, respectively) aired on CBS in 1979 and 1980, and featured cheesy stunts and mediocre scripts, but remain somewhat popular to this day, mainly due to their nostalgic value.

Captain America next appeared on the big screen in 1990 (although the movie was released straight-to-video in most countries) in a feature film directed by B-movie maverick Albert Pyun, and starring Matt Salinger as the Captain. The film, although low-budget and dated now, still remains a favorite with many fans, as it more or less treated the source material with reverence, had tons of energy, and featured a likable central performance by Salinger as Steve Rogers/Captain America. Scott Paulin’s Red Skull was also very effective.

Then came the definitive screen adaptation, Captain America: The First Avenger (2011). This version manages to achieve something many thought impossible: take a character that seemingly reeks of jingoism and campiness, and make it relatable, appealing, and entertaining.

In the capable hands of director Joe Johnston (aided by an effective script and a tremendous technical crew), this is an entertaining, stylish comic book movie, filled with energy, stunning  period detail, and appealing performances (even the usually bland Chris Evans manages to shine as Captain America). A must for fans of golden-age superheroes, and one of the best movies to come from Marvel Studios. 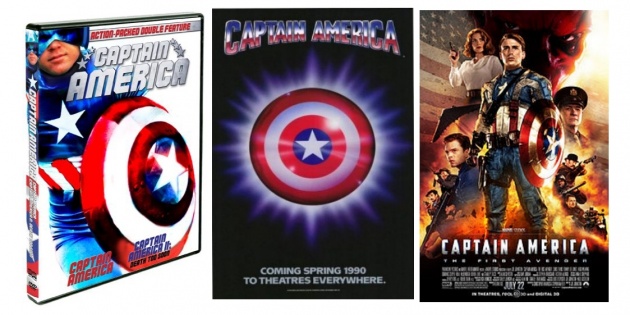