The Engagement Ring
Submitted by Reetika BhattacharyaI was meeting up a guy chosen by my parents, a proposed suitor, before our marriage was arranged. It's a normal practice among Indian parents to choose spouses, who they deem fit for their children. I was nervous about the entire episode. This was something I never did before. I failed to understand how one could ascertain that the other person is their soul-mate, just over a cup of coffee. None the less I was meeting him up. Families were already happy with the arrangement and just wanted a final yes from us. Oh did I forget to tell you that if we liked each other, we were to be engaged the next day!
However, he came and we met. Initially, I was a bit reluctant in being myself completely. I suppose he sensed it and thereafter made sure that not only was I comfortable with him but also that I had fun and enjoyed myself. While I was busy falling in love with him and losing the track of time, we got a call from our parents, telling us that we were no more getting engaged the next day, as astrologically the time wasn't ripe. (Something, that I completely fail to understand.) I was heart-broken because all of a sudden the guy I was running away from became the guy I was head over heels for. I suspected that something must have gone wrong and our parents most definitely would have called off the arrangement. With tears streaming down my face and words failing me, all I did was look into his eyes and say nothing. Suddenly my entire fairy tale was crumbling down. Though he said the engagement was just postponed and not called off, I was anyhow too heartbroken to chalk out sense.
On our way back, I said nothing the entire time. Despite that he kept making efforts to cheer me up. Suddenly he stopped the car with a screech. I was flabbergasted and then looked at him, wondering what he intended to do. He took out an Éclairs from his pocket and ate it while looking out on the street. On enquiring what was going on in his mind, he turned his head towards me, shushed me and took my left hand and asked me to show my ring finger. I was confused still I followed his instructions. To my pleasant surprise he rolled the Éclair wrapper like a ribbon and tied it to my Ring Finger as an Engagement Ring. He smiled and looked into my eyes and said, " I promise to put a real ring soon enough, till then can u please do with this?" I was left speechless. That was the best reassurance any girl would ever want to hear. His action spoke way louder than his words.
That was the moment I knew he was my "The One."
We kissed, hugged and drove off.
Today I am lucky to be his wife! 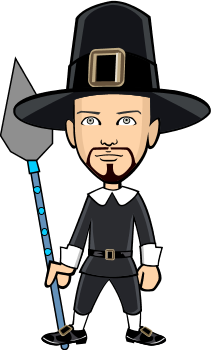 My name is Alexey. I'm from Kazakhstan. This multi-ethnic country and a lot of beautiful places. Here, all live very amicably. I like our Kazakhstan!

Image credits: Jean Beltran via Cloudinary I reckoned we have a different type of goals this year co…

The video above is just a sample engagement session. Video credits:Francis AbellanosaviaYouTube Disc…

Hillary Summers, will you be engaged with me

I am poor as a mouse. I have 3 gems only so far. Is there market for engagement rings I how I can by…