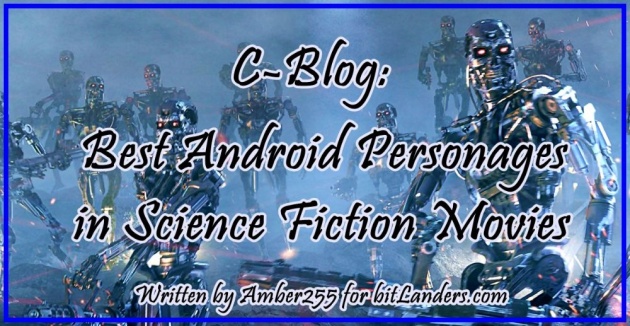 Mankind has always loved to build hypotheses about how the future will look: how nature, architecture, clothing, and technology will change, and how we will cope with all this. One of the important branches of modern progress has become robots.

In our age, the most important discoveries in terms of robotized systems appeared. We have a lot of books and a lot of films about robots. Under the influence of all this, people have made up their opinions, usually - just the opposite: someone believes in the successful implementation of such a venture, and someone grows paranoia in themselves.

Also, the topic of artificial intelligence is not new at all. Already more than one generation of scientists, engineers, and programmers are dreaming about creating a machine that can 'think' like a man, but, the Turing test remains an irresistible peak even for modern technologies.

Still, no one knows for certain whether the consequences of creating artificial intelligence will be similar to the discovery of penicillin or the atomic bomb. And in general, the topic of AI has many moral and ethical aspects - for example, if a machine knows how to think and has consciousness, can a person manage it, and does he have a right to this?

Will the creation of AI be equivalent to the appearance of a new race on our planet?

And if to combine robots with artificial intelligence, we get intelligent androids.

Long before the mass development of modern technologies, the best directors made films about robots, cyborgs, androids. And if in those days these films belonged to the category of science fiction, today many of the ideas of the scriptwriters have become part of our lives.

In the movies, you can track the evolution of human-like machines: they have intelligence, take more and more sophisticated forms, and set the most unthinkable and audacious goals.

Watching some movies about robots androids will be an excellent opportunity to think about these, and many other, purely human, issues. These are films about a cruel world that has always been and always will be. When watching, you often wonder - who is worse: robots or people?

Should we create robots that can feel? Should they be treated like people? Can we love them? After watching it, I became firmly convinced that we have no answer to all these questions.

The first film with the participation of robots was Metropolis. The picture of the German director Fritz Lang was published in 1927 and showed the city of the future and the female robot, who was far from being a positive character.

Robots will someday, or maybe, wake up. They may be really smart. They may be as creative, smart and capable as human beings, and fully conscious, and self discerning with free will. David Hanson

Over the next hundred years, cinema has increasingly turned to the topic of cyborgs, androids, and robots. In most of these paintings, mechanical creations played the role of the background. But there are tapes where human-like machines were put on the main roles, and sometimes they had a powerful influence on the plot and characters.

My Querlo chat contains 7 best movies about robots with 8 great androids that have interesting characters:

Of course, many robotic mechanisms still exist only in fantasy, books, and cinema. But the best films about androids show quite a few interesting stories that make you believe in the reality of what is happening. We live in an incredibly modern world filled with technology. How nice it would be to have your own cyborg who would do household chores and do other things! But so far we only have to dream about it, watching the adventures of androids on the screen.

If to think, it is possible that someday robots will take over the world. To do this, they will have all the possibilities. Instead of a brain, they have a computer system; and instead of a vulnerable human body - an alloy of the most durable metals. Many films were shot on this topic, but they have little reality. If robots declare war on people, then no superheroes will save them. Feelings and emotions are unknown to cyborgs; therefore, they will, without regret, destroy the entire human race.

But besides them, there are even more sophisticated creatures - androids. They will be difficult to distinguish in the crowd because they look like ordinary people. This means that the current owners of the planet have no chance of winning. However, the directors stubbornly prove the opposite, making the best films about androids.

The main conclusion I have made after watching those movies with robots: never threaten them. Although not all films of robots and androids revenge on humanity. There are tapes with touching iron characters; there are also frightening and even depressive robots.

A person, even in the distant future, who has not yet fully understood his own feelings and love in the first place, needs to think a hundred times before deciding on such experiments on imparting emotions to artificial organisms. And if you decide, then be prepared for the fact that the feelings of the robot may, as a result, be as perfect as his mind. And much more thoroughly than people.