In this blog, I am telling the story of Birkenhead, a troopship in the times of 1851. The Birkenhead by taking some young soldiers and their families in it, was passing near cape town city of south Africa. About six hundred and thirty persons were present in the ship. Among them, one hundred and seventy were women. This ship was crashed when it struck with the hidden rock in water at 2o’clock in the night of 25th February. It broke into two pieces and only after some minutes, one piece of it fully sank in the sea.

All soldiers, women and children came out fearfully of their cabins. Situation was very panic on the ship. Due to this accident all lifeboats became useless. Only three life boats could be used by which hardly one hundred and eighty persons could be saved. The situation was full of discomfort and fearful for the people. Soon the captain of the ship ordered all the soldiers to stand in lines in a style such like that to be ready for the drill. All the soldiers became ready, and then decided to seat all women and children in the ship at first, so they were seated and were set off. They were one hundred and seventy and only ten soldiers could find a room in left ships with the women and children. All other soldiers stood in lines. They were left on the ships with the hope that the boats would come back to save their lives after few minutes but alas! When the ships had gone for only few yards, the remaining part of the ship went down to the bottom of sea. All the companions were struggling for life in sea by swimming but drowned. Only few of them got hold of some planks etc kept floating for a few hours. The captain of ship too got hold of a plank. But when he saw two soldiers struggling for the life nearby, he drove it to them and all three floated on the plank with its help. But captain realized his plank was too small to support the three, so he left it and drowned in the sea. 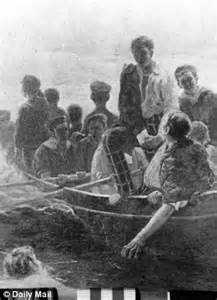 Boats were sent back to the scene of tragedy to save them but only few were rescued with the help of boats, rest of all were drowned in the deep sea before rescue parties could reach there. 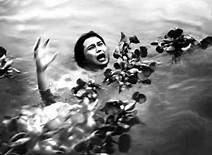 These days the word “Birkenhead drill” means “complete discipline and the weaker ones first”. This term reminds us the incident of sad wreckage of “the Birkenhead” when soldiers in panic situation were standing in complete discipline in proper drill order to save the lives of women and children when their own dives were certainly in danger but they followed strict discipline without being panic and saved the lives of women and children the weaker ones by giving them priority over the gents and thirdly, we also gain the lesson of sacrifice when the captain saved the life of other two by putting his life in the mouth of danger and at last drowned.